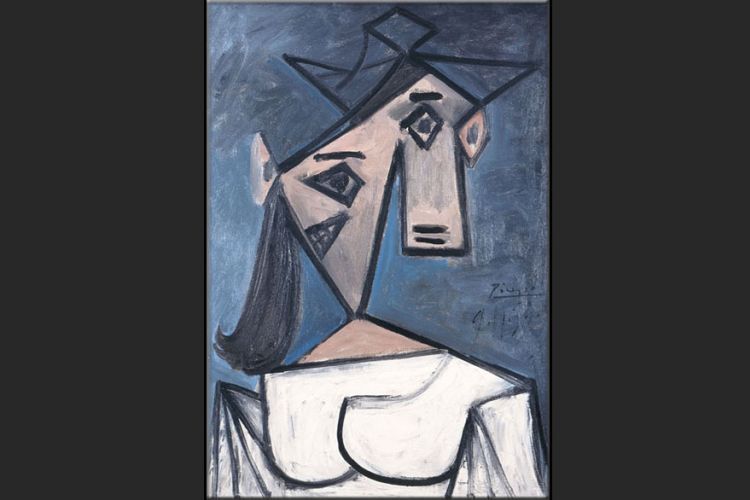 The famous Picasso painting “female head” that was created in 1939 and was donated by the great painter in 1949 to the Greek people as an honorary offer for their brave resistance during the German occupation has been discovered by Greek police.

The painting was stolen in 2012  from the National Gallery, along with the 1905 painting “The Stammer Windmill  by Dutchman Piet Montrian. Police reported the arrest of  a 49-year-old Greek man  who was charged with the theft of both paintings.

In addition to the two paintings that were found, another work had been stolen from the National Gallery, namely a design of a religious depiction by the Italian Guglielmo Katsia (Moncalvo), for which nothing official has been announced by the police.

The grand theft of the paintings had taken place in the early hours of January 9, 2012 by two people, one of whom entered the National Gallery breaking a aluminum door, then cut the paintings from the frames with a knife and escaped.