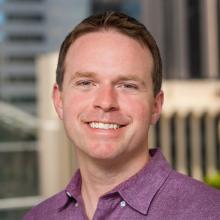 Thomas Zimmerman, who will serve as a Special Assistant to the President for Presidential Personnel under Joe Biden, formerly served as a visiting scholar at what the FBI has called a “front group for Chinese intelligence collection and overseas spy recruitment,” The National Pulse can reveal.

While at New York University’s Center on International Cooperation, Zimmerman also served as a fellow at the Shanghai Academy of Social Sciences, flagged by the Federal Bureau of Investigation (FBI) for its close ties to the Chinese Communist Party’s top spy agency, the Ministry of State Security.

The operative, Kevin Mallory, was contacted by a SASS official via LinkedIn to begin the relationship that culminated in a 20-year prison sentence for Mallory.

The FBI has described the Chinese Communist Party as relying on SASS employees as “spotters and assessors” of potential Western spies. Ministry of State Security officers – described by the FBI as keen on “influencing the foreign policy of other countries” – have also “used SASS affiliation as cover identities,” according to the FBI.

Zimmerman has also “hosted an academic salon” alongside Chinese Communist Party adviser Li Lifan on “topics concerning counter-terrorism in Afghanistan and Pakistan, security issues in Central Asia, the US perspective on the One Belt One Road initiative, and security issues in South Asia” at the Shanghai Institute of American Studies (SIAS).

SIAS is funded by the Chinese Communist Party and “provide[s] advisory services to the central government as well as local decision-makers” in China.

Also a Deputy Lead for National Security Personnel on the Biden-Harris Transition team, Zimmerman’s bio on the transition site omits any mention of his involvement with the Chinese think tank.