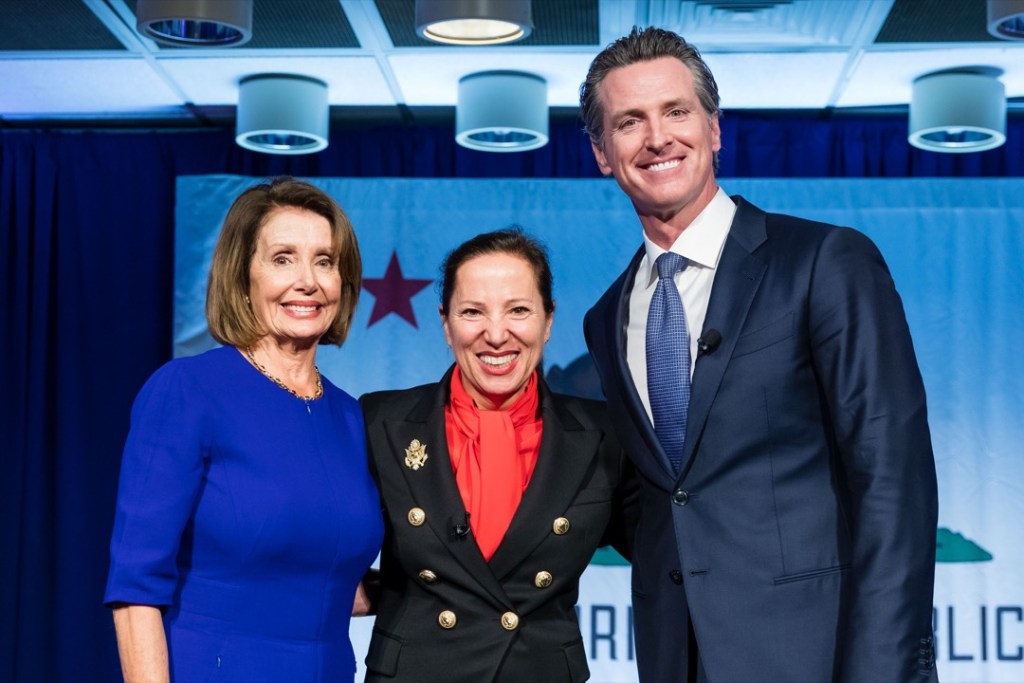 Greek American Democrat Establishment Elite Eleni Kounalakis, a Lieutenant Governor of California, angers Armenians/Greeks/Assyrians for addressing a California business conference by Turkish businessmen who actively deny the Armenian/Assyrian/Greek Genocide. The event is this week. She refuses to cancel her address at the Turkish business conference.

Greece is faced with Turkish war threats on a daily basis. Turkey flooded Greece with illegal Muslims who are pro-Turkish. In a possible war with Turkey, Greeks will face internal chaos caused by thousands of illegal Muslim men who will set fires, loot, or murder in support of Turkey. What about Turkey trying to claim our Greek islands and waters? Turkish warships/jets violate Greek borders. Turkey denies the Genocide of Greeks/Armenians/Assyrians from 1914 to 1923. An estimated 3.5 million were murdered at that time.

Why is she even addressing these Turkish agents?

California has the largest population of Armenians outside Armenia across the state. Also, the state has the largest amount of Assyrians outside of Assyrian lands of Syria/Turkey/Iraq. Armenians are centered in Fresno and Glendale. Assyrians are huge in Turlock, CA. There is huge pressure to cancel the event, but Eleni insisted to speak at the Turkish event despite calls for her to cancel it. Many other California elected officials rejected to attend the Turkish event.

According to the San Joaquin Valley Sun, this Turkish event is organized by the U.S. Chamber of Commerce as part of its U.S.-Turkish Business Council, was set to feature a keynote address from Lt. Governor Eleni Kounalakis and a presentation from the state’s economic development department before a panel discussion. (https://sjvsun.com/california/kounalakis-to-address-u-s-turkey-business-confab-with-armenian-genocide-deniers-at-center-stage/)

The article says that on the agenda were Turkish Chamber official Ayhan Zeytinoğlu and Turkish Orange County businessman Ergun Kirlikovali. Both Zeytinoğlu and Kirlikovali had issued multiple statements denying the 1915 slaughter of 1.5 million ethnic Armenians by the Ottoman Empire as genocide, a moniker recently recognized by President Joe Biden and the U.S. Congress.

Why is Eleni addressing this Turkish conference despite strong protests to cancel the event?

Eleni did not obtain her high-paid government positions with merit and hard work. Eleni Kounalakis is the daughter of Angelo Tsakopoulos. Angelo’s millions and his connections in Democrat politics bought his daughter the job of US Ambassador to Hungary (Obama Administration), and later Lieutenant Governor. Angelo Tsakopoulos and his family live in Sacramento, California. He is personal friends with Bill/Hilary Clinton. He is a big donor to the local Sacramento Greek Orthodox Church. Whenever Archbishop Elpidoforos visits California, he sleeps at the Angelo Tsakopoulos residence. The Clintons sleep at his residence during visits to Sacramento. Kosta Simitis, Alexi Tsipras, and Andreas/George Papandreou visited Angelo Tsakopoulos in Sacramento. Wikileaks e-mails show Eleni Kounalakis being close friends with John Podesta, George Soros, etc.

Are we surprised with Eleni? No. This is the same family who helped bring Alexi Tsipras to power in Greece. In 2013, Tsipras fled to California for a meeting with Angelo Tsakopoulos and Phil Angelides. We all know George Soros’s influence on Tsipras. Tsipras opened the borders of Greece to millions of illegal Muslims to flood Greece and the rest of Europe.

What about her father, Angelo Tsakopoulos?

It is important for everyone to learn about the influence of the Angelo Tsakopoulos family in Democrat party politics.  In the 1990s, Kosta Simitis, Bill Clinton, and George Papandreou stayed at Angelo’s mansion in Sacramento, CA. They were huge Hilary Clinton supporters in 2008 and 2016. Hilary and Bill Clinton stayed at their house. In the late 1990s, and early 2000s, he founded a think tank called the Western Policy Center which later merged to the Wilson Center for Southeast Europe studies. For a short term, it was headed by John Sitilides. Sitilides held Deep State connections. He was funded by the Tsakopoulos clan. In the early 2000s, they were connected with ELIAMEP ( https://www.eliamep.gr/en/).

Angelo set up Philip Angelides in real estate and helped him gain power in California. Angelo tried to elect Phil as Governor of California but was defeated by Arnold Schwarzenegger in 2006. Angelo was the national chair of Greek Americans for Bill Clinton in 1992 and 1996.

The Hellenic Foundation for European and Foreign Policy (ELIAMEP) hosts the Information Center “Europe Direct ELIAMEP“, which is part of a pan-European network in order to bring the EU closer to citizens by providing them multifaceted and in-depth information on any European issue that may be of interest to them. ELIAMEP is a deep state outfit connected to the Washington DC State Department. They never held pro Greece views.

It shows how George Soros is connected and controls the Greek American Democrat Establishment Elite with this e-mail. As a note, Soros is personal buddies with New York City hedge fund manager Stylianos Zavvos. Zavvos received an award from AHI in 2005. In 2009, National Herald reported how Soros held a meeting in Athens, Greece with Zavvos, Kyriacos Mitsotakis, Alexis Tsipras, and all the Greek Globalist elites. Soros baptized Stylianos Zavvos’s daughter in 2009 when he is a not baptized Greek Orthodox Christian. Why was Soros baptizing Zavvos’ daughter?

Eleni lost her base of Armenian support now. The California Democrat Governor Galvin Newsom is facing a recall election on September 14th. Newsom’s Aunt is Nancy Pelosi. There is widespread anger against Democrat elitists like Newsom and Eleni Kounalaki(Tsakopoulos) for the out-of-control crime rates, homelessness, high gas prices, inflationary high home prices, lockdowns, mask mandates, etc. The lockdowns affected small businesses while big businesses (Amazon, Walmart, etc) made a killing of profits. Murder rates are out of control in California. Newsom and the Democrats released over 30,000 hardcore prisoners in 2020 for covid 19 reasons. Another 70,000 hardcore prisoners are set to be released by reduced sentences thanks to George Soros-funded District Attorneys in San Joaquin County, Contra Costa County, Los Angeles County, and San Francisco County. Walgreens and Target closed all stores within San Francisco city limits due to out-of-control store thefts by homeless drug addicts.

I urge anyone not to visit the big cities of California like San Francisco, or Los Angeles. You visit at your own risk.

Eleni Kounalakis (Tsakopoulos) and Newsom have shown us their colors now.

PS: Contact her office at (916) 445-8994 and voice your displeasure with her address to Turkish businessmen.

Background of Tsakopoulos Clan and George Demos in New York….