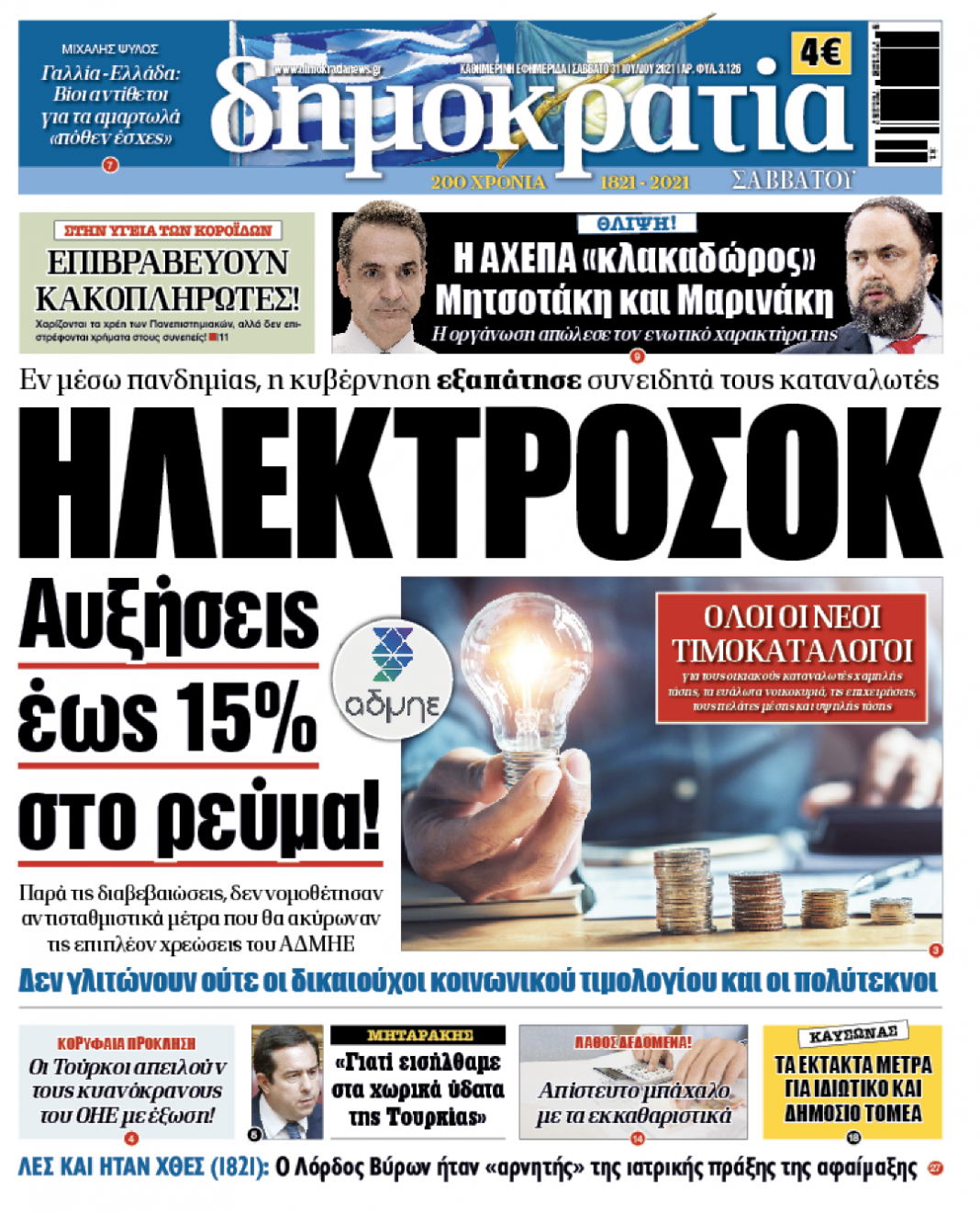 EDITOR’S NOTE (Nick Stamatakis): Our analysis yesterday of the annual AHEPA conference which took place in Athens this week made frontpage headlines by newspaper “Δημοκρατία” (dimokratianews.gr) under the title “AHEPA Is Mitsotakis’ Cheerleader” and subtitled “The Organization Has Lost Its Unifying Character”.  “Dimokratia” is the main (I should say the most widely-read) patriotic daily newspaper in Greece.  It was also posted on the website newsbreak.gr under the title “Harsh Attack On the Awards To Mitsotakis-Marinakis By the Omogenia”.

Last week our article criticizing AB Elpidophoros’ heretical positions appeared in one of the main religious Greek-speaking websites www.orthodoxostypos.gr under the title “AB Elpidopforos Slides Towards Heresis”.  This is certainly not the first time our opinions are widely reproduced. We are definitely pleased that this small website which started less than two years ago has gained such notoriety and respect that goes beyond the boundariess of its main audience, the Greek-American community. 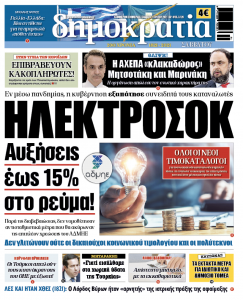