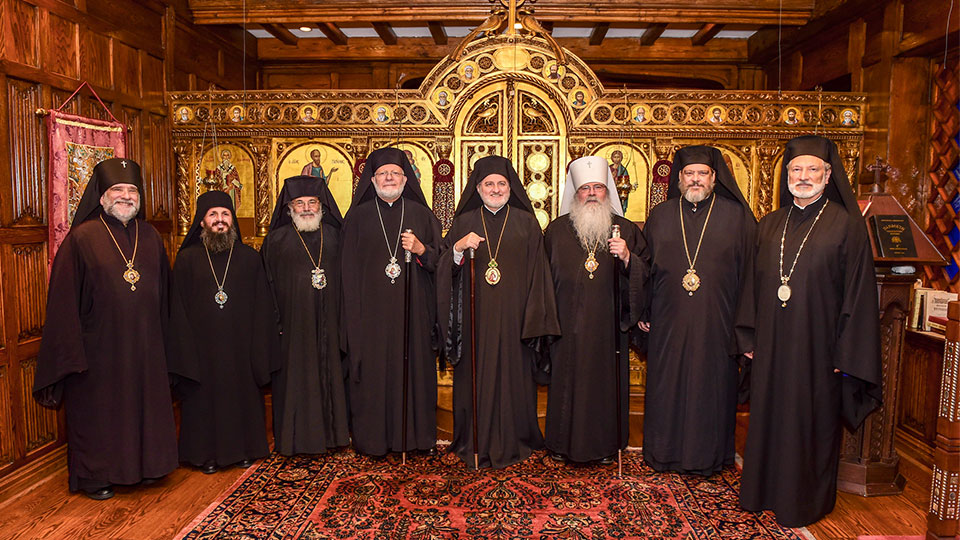 It has been more than six weeks since Archbishop Elpidophoros’ controversial celebration of the Divine Liturgy at St. Bartholomew’s Episcopal Church in New York City on 11 June 2021. Many among the Orthodox laity are deeply disturbed that one of America’s leading hierarchs chose to use a non-Orthodox venue for the Liturgy, especially one belonging to a denomination associated with heterodox and even heretical views. It is one thing when a mission plant borrows a church building to hold their services. This is done with the eventual goal of their becoming a full-fledged Orthodox parish with their own church facility. It is a very different thing when the appearance is given of ecumenical rapprochement with a denomination that gives no indication of relinquishing their heretical teachings and practices.

On 3 July 2021, Archbishop Elpidophoros returned to St. Bart’s to express his gratitude to Bp. Dean E. Wolfe, the rector. In ecumenical dialogue as in foreign relations, a picture of two prominent leaders being photographed next to each other sends a powerful message worth more than a thousand words.

In the weeks following, it seems that very few of the Orthodox clergy and hierarchs have spoken out against Elpidophoros’ scandalous actions. Many of the Orthodox laity are waiting for our clergy and hierarchs to publicly state that the celebration of the Liturgy at a heterodox venue was inappropriate – an error not to be repeated. It is their duty to make their objections known on this matter. The ordained clergy: bishops, priests, and deacons, are the guardians of Holy Tradition. If they do not speak out, it gives the appearance of their tacit approval. Then it falls upon the shoulders of the Orthodox laity to protest against Archbishop Elpidophoros’ scandalous actions.

Is it Time for the Orthodox Laity to Speak Out?

It is hoped that the Orthodox clergy and hierarchs will step up to the plate for Holy Tradition. Do you know of any hierarch, priest, or deacon, who has publicly objected to what happened on 11 June 2021 at St. Bart’s? Please let us know in the comment section below. Specific details, such as the clergyman’s name, office, location, jurisdiction, and source documentation will be greatly appreciated. Hearsay or second-hand accounts do not count. Information on the context of the statement, such as a church newsletter, Sunday homily, blog post, YouTube podcast, or other social media post feed would be helpful.  We would like to commend those clergymen who have taken the bold stand of going on record objecting to Archbishop Elpidophoros’ recent actions.  A public scandal has taken place and so a public response is needed in order to reassure the laity that our hierarchs and clergy are standing up for Holy Tradition.

Orthodox piety encourages humility and longsuffering. It seeks to avoid bellicosity and the stirring up of the passions. However, the Orthodox laity in the past has spoken out when the hierarchs failed to defend Apostolic Tradition against heresy. The life of Saint Mark of Ephesus and his struggle against the false union of Florence-Ferrara (1438-1445) provides the Orthodox laity with a useful example to follow in these troubled times.