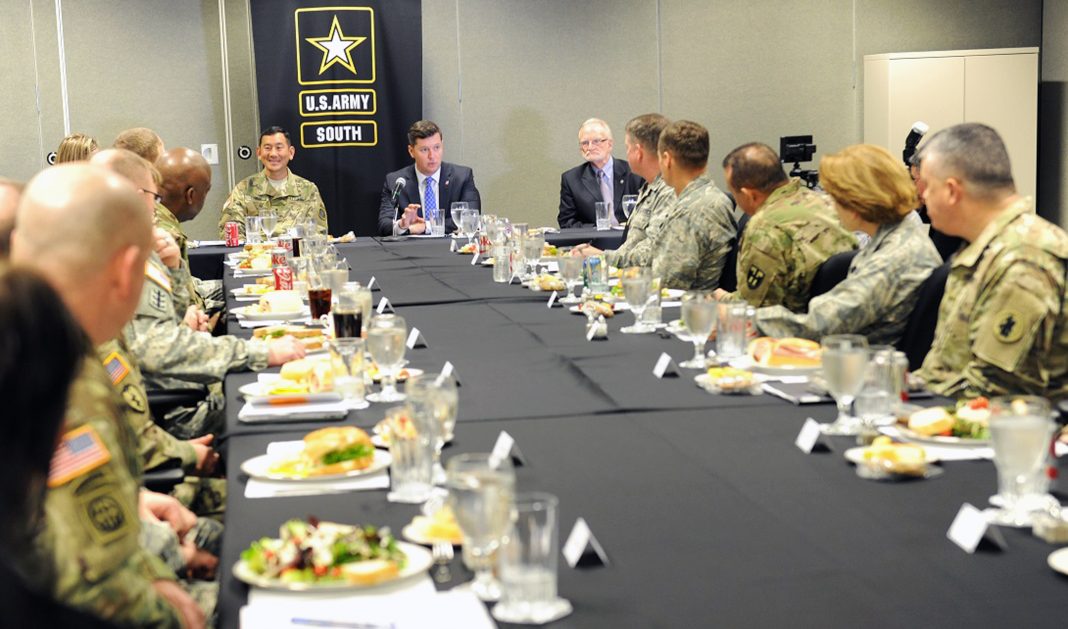 Military leaders failed to properly account for their own efforts, misled the public, and then racked up cushy paychecks after the war. They deserve to be punished.

By Josiah Lippincott (The Federalist)

Gen. Mark Milley, the chairman of the Joint Chiefs of Staff, told Congress in June that he wanted to understand “white rage,” why “thousands of people” tried “to assault this building and … overturn the Constitution of the United States of America.”

If Milley really wants to understand the “rage” of the American people he should start by asking why he and his fellow generals can’t win any wars. As a Marine Corps officer who served at the tail end of the wars in Iraq and Afghanistan, I saw firsthand the rapid ideological transformation pervading the military in the wake of these disasters in the Middle East.

Unable to win wars overseas, the military’s leaders went “woke.” Currying ideological favor is easier than trying to end insurgencies. It is also necessary if military leaders want to keep the gravy train of taxpayer funding. Donald Trump’s America First foreign policy and his devastating critique of George Bush and Barack Obama in the run-up to the 2016 election put the military-industrial complex on high alert. Trump was pushing the American right-wing away from the expensive and unending foreign interventions the military-industrial complex needed in order to justify its existence.

For too long, America’s generals have relied on a “stab in the back” thesis to justify their failure on the battlefield. The narrative set in after Vietnam and has calcified today. Former national security adviser and Lt. Gen. H.R. McMaster tweeted on July 8 in regards to the sweeping march of the Taliban that the “US media is finally reporting on the transformation of Afghanistan after their disinterest and defeatism helped set conditions for capitulation and a humanitarian catastrophe.”

McMaster’s attempt to deflect blame for military failure on an insufficiently obsequious media is unacceptable. He and his fellow generals knew full well that Afghanistan was unstable and that our strategy wasn’t working. Instead of speaking up, they lied to the public and then jumped into the private sector to reap the reward of misbegotten trust.

Milley and his fellow generals deserve, richly, to feel the full weight of the American people’s anger. For 20 years, these leaders lied consistently to the American people and their political masters about the wars in the Middle East. In December 2019, Craig Whitlock of the Washington Post published a devastating series of articles on America’s failure in Afghanistan. Using 600 “lessons learned” interviews with top military staff and diplomatic personnel collected by the Special Inspector General of Afghanistan Reconstruction (SIGAR), Whitlock illustrated just how pervasive the gut rot in America’s military really was.

Milley himself claimed, in Kabul in 2013, that “[The Afghan] army and … police force have been very, very effective in combat against the insurgents every single day.” He was lying. More than 60,000 Afghan police and military were killed during our occupation compared to just 42,000 alleged Taliban. Afghanistan’s military and government were utterly corrupt. American officials, in private admitted that at least 40 percent of the $103 billion in reconstruction funds spent in Afghanistan went into the hands of insurgents, Taliban, and corrupt “allied” warlords.

If the generals knew this and said nothing to the people, they deserve to be excoriated. If they didn’t know, they should have never been placed in positions of responsibility in the first place.

Instead of profiles in courage, America’s military leaders deserve profiles in grifting. Current Secretary of Defense Lloyd Austin made $7 million once leaving the service. Gen. James Mattis is reportedly worth $5 million, including $150,000 annual payouts from Theranos for serving on their board. Theranos was a blood-testing company indicted for fraud. Not a single senator asked Mattis about the connection at his confirmation hearing as secretary of defense. Gen. David Petraeus, after leaving the CIA in disgrace after revelations of leaking classified information to his mistress and personal biographer Paula Broadwell, went on to a successful career in academia, public speaking, and private equity. His net worth is estimated at $2 million.

The generals lied, America lost, and the people got looted.

We need accountability. The American people need a full accounting of the military mission to Afghanistan. Only 10 percent of the names of the 600 interviews conducted by the Special Inspector General for Afghanistan Reconstruction who gathered the “Afghanistan papers” have been released. That needs to change.

Congress should create an Afghanistan War commission. The House and Senate Select Committees on Intelligence should use their declassification authority to shine a spotlight on the Afghanistan papers in full. Every CENTCOM and ISAF commander should be required to testify in public on the war and their role in the disaster. Spending a trillion dollars and 2,300 lives without any serious attempt at accountability is incompatible with the republican form of government.

Those military leaders who failed to properly account for their own efforts, mislead the public, and then racked up cushy paychecks after the war deserve to be punished. Generals who lose wars should lose their pensions. At the very least. It isn’t right for thousands of America’s sons and daughters to lose life and limb in service of idiotic policy goals while their leaders get rich.

If current congressional leaders won’t lead the charge for accountability, then patriots outside the swamp should. Joe Kent, who is currently running for Congress in Washington state, is a former Green Beret who deployed 11 times to the Middle East and lost his wife fighting ISIS. Many combat veterans from the Middle East have become increasingly critical of the foreign policy they implemented. Those, like Kent, who served at the tip of the spear are in the perfect position to demand answers from those doing the wielding.

Josiah Lippincott is a student of politics at Hillsdale College. He is a republican, in the best sense.