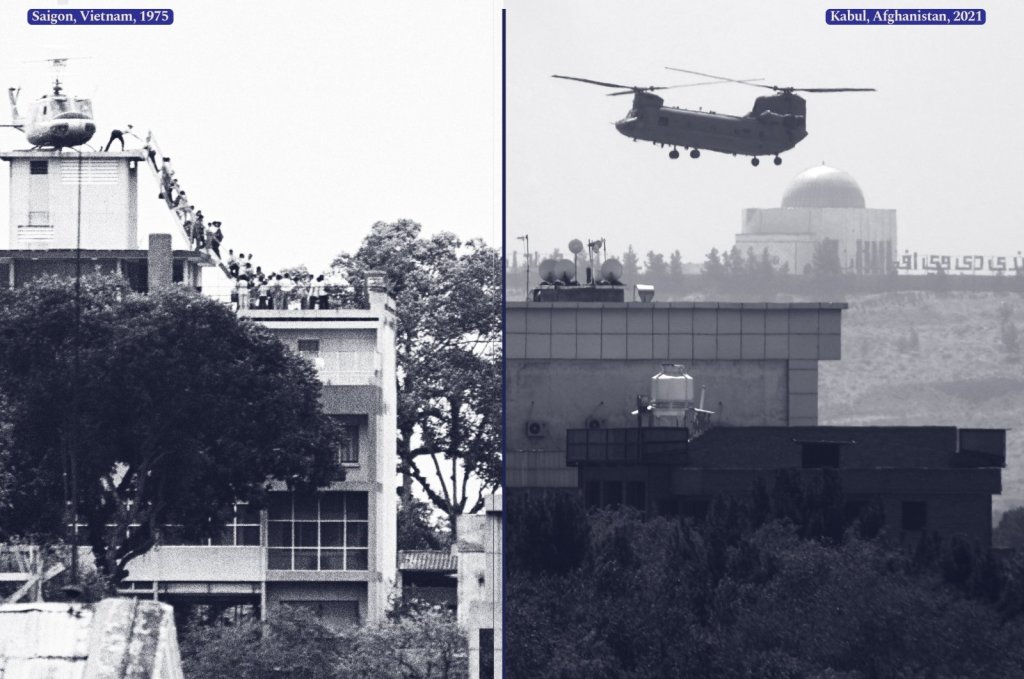 By Lawrence B. Wheeler

Take note of the irony, if you will, first of this date on the calendar. To us Orthodox, August 15 is the Dormition of the Theotokos. The date bears little significance to most other Americans, but it is remembered by everyone in Japan, not as the Dormition but as the first day of お盆 Obon, the three-day annual folk festival to commemorate the dead. Is there some cosmic connection between the two holidays? Maybe not.

Relevant to my point, however, is the fact that it was August 15, 1945 when the military forces of the Empire of Japan surrendered to the Allied Forces, led by the United States. The Germans had already surrendered in April, following FDR’s death. Then, barely a week after the second atomic bomb was dropped on Nagasaki, with its many Catholic citizens, the Second World War came mercifully to an end. It’s obvious why August 15 is not a national holiday in Japan. It is “a date which will live in infamy” to Japan’s few remaining fascists. It’s called 終戦記念日 Shūsenkinenbi, literally “End of War Commemoration Day”. Japanese cynics quip that it ought to be called 敗戦記念日 Haisenkinenbi, or to paraphrase, “The Day We Lost the War”.

Fast forward to today. On August 15, 2021, for all intents and purposes, the United States has lost our latest war – our longest war. Even those who generally supported our armed forces and agreed to the invasion of Afghanistan in October of 2001 will have to admit that we haven’t won this one. As we learned in 2019, the American generals had lied to us all along. They never completely routed the Taliban, nor did they pacify the country, nor did they establish a stable democracy in Afghanistan. Yes, Osama bin Laden and his Al Quaeda had orchestrated the atrocities of 9/11 from Afghanistan under the Taliban’s protection, so in the minds of almost every American at the time, the country needed to pay. And it did. Many more Afghans paid with their lives than did Americans or ISAF allies. In recent days, as our last forces have withdrawn, we have seen the Taliban sweep across the country with blitzkrieg alacrity. Today they have taken the presidential palace in Kabul. The capital of what one is hard-pressed to call a country has finally fallen. It’s August 15 all over again. 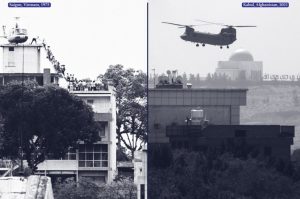 Forty-six years may have passed, but has anything changed?

Notice the one photo that you see of a Chinook helicopter evacuating the last diplomats and their staff from the flat rooftop of the American Embassy. Isn’t it eerily reminiscent of a similar scene from April 1975, when the same desperate procedure was executed from our embassy in Saigon, South Vietnam? It was the end of my junior year in college when those scenes appeared on our televisions, burning into our retinas. They’ve been replayed thousands of times ever since. Here we are again, in the midst of another evacuation from the capital of another country to which we and our allies have dedicated too many years and too much money. Our casualties are, thank God, many fewer this time than were sacrificed in Vietnam. But, they are too many, regardless. My own son was deployed twice to Afghanistan. Thank God he came home unscathed.

President Trump had planned to exit from Afghanistan, so not all of the responsibility for the withdrawal can be placed at the feet of his weak successor and a liberal Congress. But those who remember our recent history must admit that the proverbial slot machine has come up with three rotten tomatoes again. Pres. Gerald Ford was a weak, caretaker president dealing with a liberal Congress, too. No doubt his heart dropped as he watched the Hueys and Chinooks evacuate our people from the flat top of the embassy in Saigon and whisk them away to our ships offshore. In subsequent months, the Congress refused to fund the aid that they had promised to South Vietnam under Richard Nixon, so the republican (small “r”) regime, always corrupt, succumbed to the juggernaut of communism. The end game wasn’t at all pretty for too many Vietnamese citizens who had supported our troops while they were in the country. We can only shake our heads and pray for the myriad souls who suffered unspeakable atrocities at the hands of the ruthless victors.

One cannot help but wonder what emotions Joe Biden is feeling right now as it is his fate to watch the Chinooks land on another of our embassies. Along with that comes our constant suspicion that with his mental competency woefully diminished, Mr. Biden may not have the capacity to take it all in and comprehend it. Kabul is falling on his watch. What atrocities at the hands of the Taliban lie in store for the Afghans who helped us while we were trying to help them? A trillion dollars and two whole decades of another heretofore interminable foreign war are suddenly coming to an end before our very eyes. The $64,000 question for later is: Was it all worth it?

Is August 15 going to be our American Haisenkinenbi?

by Lawrence B. Wheeler

Courtesy of Handwritings on the Wall