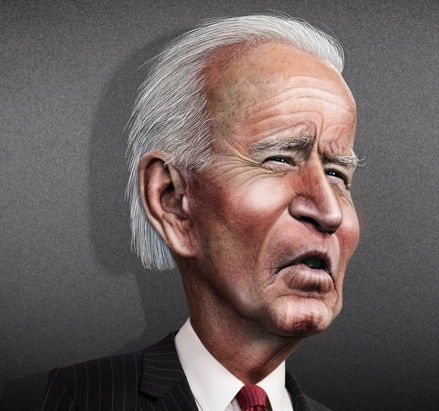 The disaster that is the withdrawal from Afghanistan coupled with other innumerable debacles that Joe Biden has singlehandedly precipitated in just seven months should not come as a surprise to anyone who has paid attention to his career.  His fifty years as a politician is littered with a litany of failures due to unforced errors, countless flip-flops, plagiarism, cupidity, mendacity, and demagoguery all brought about by an overweening sense of infallibility and egocentrism.

Yet he was chosen by the current ruling class to be the figurehead in their devious scheme to defeat Donald Trump by any means possible in the 2020 election.  Their hubris is their downfall as it will not be Donald Trump or any other Republican but Joe Biden that will ultimately relegate this arrogant cabal to the dustbin of American history.

The current ruling elites were well aware of the failings of their fellow member of the fraternity.  Nonetheless, in their rabid fixation on ridding the nation, and more importantly themselves, of Donald Trump, they were determined to elevate a woefully compromised and incompetent Joe Biden to the Oval Office by overtly and perhaps illegally manipulating election laws and obfuscating or burying unflattering and negative stories about him and his family.

There is little doubt that Joe Biden is suffering from mildly progressive cognitive decline brought about by the aging process, but that should not be used as an excuse for what are his lifelong character flaws.  In reality, new character traits are not developed as a person grows older.  Instead, lifelong traits become more pronounced and exaggerated in old age.

Joe Biden is not an ideologue. but a self-possessed blowhard who is promoting extreme leftist ideology at home because those policies are now an essential part of the Marxist-dominated Democrat party.  His bloated ego has him erroneously believing that by advancing left-wing policy proposals he will achieve the esteem in the history books he obsessively craves.

On foreign affairs, he sincerely believes he knows best regardless of a multiplicity of contradictory opinions or analyses.  Thus, he insisted upon and unleashed a haphazard de facto surrender in Afghanistan and allowed thousands of Americans to become potential hostages.  This arrogance extended to his unwavering belief that he could successfully negotiate with and trust the Taliban, whom he is certain will evolve to be who they are not.  The Afghanistan debacle is solely due to the unbridled hubris of an exceedingly stupid and imperious man put in office by the ruling class.

Yet, Joe Biden was the ideal choice for America’s elites to promote as he is, in many ways, a reflection of who they are.

This gaggle of self-serving egotists that has emerged over the last two or three generations lacks historical knowledge and vision which they supplant by, or exchange for, the powers of transformation and change with their permanence in the corridors of power uppermost in their minds.  They have no interest in preserving anything but their own societal influence.  They live in a bubble wherein all believe themselves to be omniscient and, thus, they are incapable of admitting a mistake.  Any failures must be the fault of lesser mortals.

Their skills, values, goals, tastes, ethical moorings, and type of knowledge are hostile to this nation’s inherited culture and plural peoples, whom they view as grossly inferior.  So certain are they in their superiority that they are convinced they can not only transform America’s society but that of other nations.

In reality, the current ruling class, with its tentacles in both major political parties, is the most narcissistic, ignorant, rapacious, and ill-educated governing class in this nation’s history.

In their myopic determination to retain power and influence and destroy any America-first genre of populist movements, they have for many years tacitly aligned themselves with the Marxist left.  These ruling elites have been willfully choosing to ignore the reality that these indefatigable ideologues have as their sole objective the centralization of all governmental and economic power in a hybrid socialist central government with themselves, and not the current ruling class, in permanent control.  This vacuity has placed the Marxist left at the apex of the governing and societal pyramid despite just 15% of Democrat voters (and 7% of all voters) identifying as extremely liberal or socialist.

The three-headed monster of Marxist leftism, a duplicitous Joe Biden and a credulous ruling class has unleashed upon the nation the onslaught of identity politics and cancel culture, unconstrained illegal immigration, unfettered money creation, spending, and inflation, manipulated and unfair elections, racial demagoguery, the near-permanent abrogation of freedoms under the guise of fighting a pandemic, the birth a new terror state in Afghanistan, a volatile hostage situation involving thousands of Americans and global humiliation.

The ongoing debacle in Afghanistan will not have a happy ending.  It is solely the product of and by the current ruling class.  They are responsible for the failed two-decade prosecution of the war, the inane attempt at nation-building, the waste of trillions of dollars which primarily benefitted themselves, the innumerable American casualties, and now a humiliating surrender.

The ruling elites can no longer hide behind their societal status, specious credentials, and the university diplomas hanging on their walls or abandon and throw Joe Biden under the bus.  The Joe Biden that occupies the White House is their Frankenstein’s monster unleashed.

The catastrophe that is Afghanistan is the catalyst that will dramatically accelerate the awakening of the American people and the growth of the America First movement.  The determination to overthrow the influence and hegemony of the current ruling class will be the central tenet not only in every future election but in the transformation of the institutions dominated by the left.

The combination of the presidency of Joe Biden and the grossly ill-executed Afghanistan withdrawal is the straw that broke the camel’s back and over time will relegate the current ruling elites to the dustbin of American history.