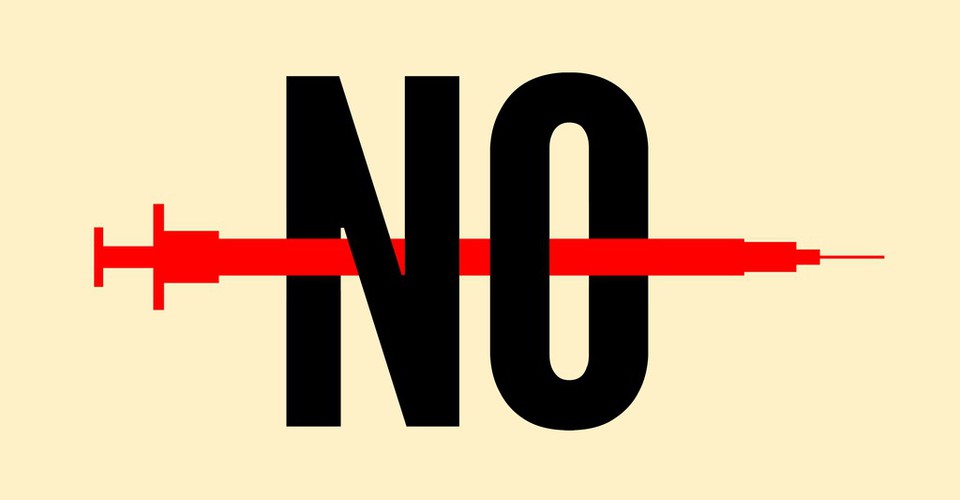 WE SHOULD ALL RESIST THE COVID COMMUNISTS!!

EDITOR’S NOTE (Nick Stamatakis): Israel’s coronavirus czar Dr. Salman Zarka –  who unlike Dr.Fauci is not a congenital liar –  told the Israeli parliament this week: “I do not want to frighten you. But this is the data. Unfortunately, the numbers don’t lie.” And he proceeded to explain further what the numbers said, that the vaccines DO NOT WORK.

I remind our readers that Israel’s vaccination rate was 80% two months ago!… Now they are left the only logical way: vaccines to the elderly and immuno-handicapped and therapeutics to the rest included the vaccinated… In the US the covid-communists are still trying to convince us that if we vaccinate the whole population with a vaccine that does NOT work against the Delta variant we are achieving something.

The only thing we are achieving is losing our freedoms. It’s about time to stop obeying orders and start actively resisting against the covid-communists…

‘Ultra-Vaxxed’ Israel Proves That Vaccines Do Not Work!

If the “vaccines” are good for preventing serious illness and not effective at preventing infection, shouldn’t that make vaccine mandates unnecessary? It comes down to personal choice if the vaccinated are just as contagious as the unvaccinated, which clearly seems to be the case.

Israel is one of the most vaccinated nations in the world. 80% of their eligible population is vaccinated, far beyond what was once being touted as a “herd immunity” level necessary for life to return to normal. Despite their success in getting their population to have experimental drugs injected into their bodies, the country is suffering through a huge spike in cases. Tuesday had nearly the highest new case total the nation has seen since the pandemic began.

There have been plenty of reasons given for this. Some point to Israel opening up and letting people take off their masks for a short time. Others say it’s normal for there to be occasional spikes following mass vaccinations, ignoring literally every successful vaccine in world history. Then, there are those who are trying to move the goalpost, blaming the Delta Variant for forcing us to accept that the vaccine are more of a deterrent than protection.

One particularly clueless news anchor compared the vaccines to watches, saying “Some watches are waterproof while others are water-resistant.” She seemed to feel smart after revealing her analogy.

What you won’t hear anyone in government, mainstream media, academia, or Big Tech tell us is the only logical conclusion: The “vaccines” aren’t working.

An article at The Daily Beast discussed the circumstances in Israel. As mandated by the powers-that-be, they swayed the sentiment of the article towards promoting the vaccines despite the facts on the ground. But, as Israel’s coronavirus czar Dr. Salman Zarka said, “Unfortunately, the numbers don’t lie.”

The massive surge of COVID-19 infections in Israel, one of the most vaccinated countries on earth, is pointing to a complicated path ahead for America.

In June, there were several days with zero new COVID infections in Israel. The country launched its national vaccination campaign in December last year and has one of the highest vaccination rates in the world, with 80 percent of citizens above the age of 12 fully inoculated. COVID, most Israelis thought, had been defeated. All restrictions were lifted and Israelis went back to crowded partying and praying in mask-free venues.

Fast forward two months later: Israel reported 9,831 new diagnosed cases on Tuesday, a hairbreadth away from the worst daily figure ever recorded in the country—10,000—at the peak of the third wave. More than 350 people have died of the disease in the first three weeks of August. In a Sunday press conference, the directors of seven public hospitals announced that they could no longer admit any coronavirus patients. With 670 COVID-19 patients requiring critical care, their wards are overflowing and staff are at breaking point.

“I don’t want to frighten you,” coronavirus czar Dr. Salman Zarka told the Israeli parliament this week. “But this is the data. Unfortunately, the numbers don’t lie.”

Here’s what happened. We were conned. We’re still being conned. The “vaccines,” which are nothing like any successful vaccines from the past, have failed miserably. For a nation to be as heavily vaccinated as Israel to be going through a spike in Covid cases cannot be categorized as anything other than proof that they do not work. Period. End of story.

Unfortunately, it’s not the end of the story. Logic has been tossed out the window. The article continues to try to explain away what’s happening:

The complex and sobering truth is that no single policy or event brought Israel to this crisis, Hagai Levine, a Hebrew University of Jerusalem professor of epidemiology, told The Daily Beast. A deadly set of circumstances came together to put Israel on the precipice, most of which can be summed up as: “We are still in the midst of a pandemic, and there is no silver bullet.”

“All the vectors have influenced the rise in morbidity,” he said.

But the principal causes of Israel’s current predicament are the dominance of the extremely infectious Delta variant, which was carried into the country by Israelis returning from foreign vacations during the weeks in which Israel dropped all restrictive measures—along with the worrisome decrease in vaccine efficacy after about six months.

Israel vaccinated its population almost exclusively with the Pfizer/BioNTech vaccine, which received full FDA approval on Monday and remains the gold standard for the prevention of severe illness due to the coronavirus.

Notice how they try to throw lipstick on the pig by calling the Pfizer injections the “gold standard for the prevention of severe illness due to the coronavirus.” This is what we’re faced with, but there’s a silver lining to their new rhetoric. If the “vaccines” are good for preventing serious illness and not effective at preventing infection, shouldn’t that make vaccine mandates unnecessary? It comes down to personal choice if the vaccinated are just as contagious as the unvaccinated, which clearly seems to be the case.

Logic is unlikely to sway the vaccine pushers. They want mandates and it will take the combined efforts of those who love the freedom to prevent America from becoming like Australia… or worse.