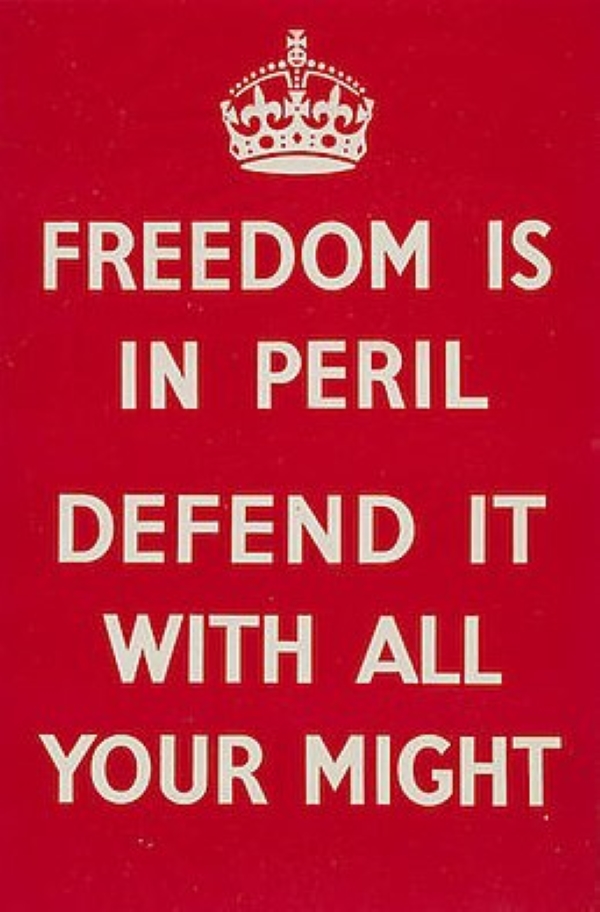 It’s darkest before dawn, the proverbial expression goes, and it is certainly quite fitting in these disturbing times. What are the many signs that this, our darkest hour, will soon turn into an emancipating event for America and all humanity? I will try to categorize these signs as best as I can – in order to convince you NOT TO SUCCUMB TO COVID COMMUNISM and to keep resisting the forces of evil. The dawn of freedom is just around the corner. But we need to rise up and keep fighting for our freedom. “Freedom was never free” and it is not now. There is certainly a price to pay now for each one of us and for all.  “It’s a Republic if you can keep it”, Ben Franklin famously said upon finishing the Constitutional Convention in 1787. And so does the Greek Constitution at its last article when it calls “the citizens to protect it”.  We have to prove that we are worth the freedoms we were given by these glorious “Charters”. Will we? But let’s see the signs that freedom is actually winnable. 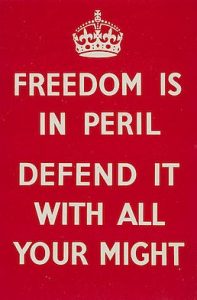 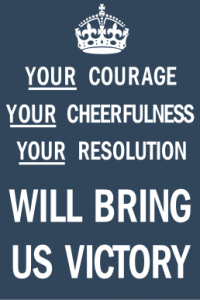 The Science Is On Freedom’s Side.

After 18 months of spreading fear through the use of government institutions, the “Great Manipulators” are finally forced to admit the truth, proven by pure hard data from Israel and elsewhere. Vaccines do not produce immunity, vaccinated people keep spreading the virus and if we want to win the battle we have to turn to the same methods we use for the seasonal flu and other recurring viruses: THERAPEUTICS. Upon the announcement, last weekend, by Florida Governor DeSantis of the establishment of 15 centers for delivering monoclonal antibodies across the state (link here to our post), the “establishment” elites and their “presstitutes” of the media had a fit.  But there was nothing they could do – because the facts are the facts!! Dr. Fauci finally had to admit the truth on Tuesday: Early use of monoclonal antibodies can cut the risk of hospitalization, death up to 85%, he said!! Isn’t this what DeSantis did in Florida before Fauci – the supposed expert – did not raise his finger?  The answer is yes, and since Fauci agreed, then we need to ask the government why should we be forced to vaccinate.

How long do the monoclonal antibodies work? They last for over 3 months and, according to Fauci, they have 85% effectiveness rate. How long does the vaccine immunity last? Less than 5 months on average and the CDC just reduced their effectiveness to 66% from 91% previously!! (Here are the news from CNN)… There are few side effects with the monoclonal antibodies, while the literature on the deadly outcomes of covid vaccinations keeps growing by the hour! 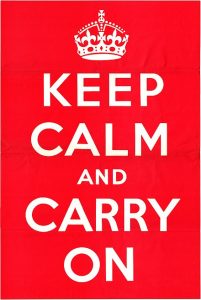 Despite what you do not see and hear, people are in the streets protesting!

In many western countries, protests are a daily or weekly phenomenon.  You may not have heard it, as the mainstream media and the internet censors are trying their best but the truth has a very bad habit and it surfaces always! It started in the known revolt capital of Berlin, it spread to France, where weekly protests are shaking Mr.Macron, the puppet of the globalists.  And it went to Greece where the other puppet of the globalists, PM Mitsotakis is imposing fascistic lockdowns and mandates… The rule is the same everywhere: the more unreasonable the covid government measures the stronger the resistance!! In Greece today thousands of health workers, threatened to be fired if they refuse to vaccinate, are in the streets protesting (here is the news from AP). 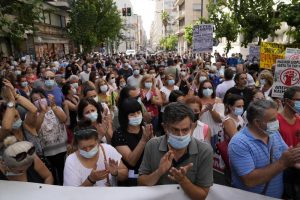 Protests by unions are especially dangerous for the globalists as they undermine their leftist narrative: If the unions, and especially the health workers unions, rise up, this is a deadly blow to the globalists’ chances to keep the lockdowns and increase their control over people! The same health workers are now protesting and ready to file lawsuits in New York!

I have to admit I enjoy it very much when the left-leaning unions are protecting their members’ “freedoms”.  First, they prove that we are all in it together – it is not just Trump supporters who are anti-vax. Then they demolished the government narrative that the public sector will easily follow vax mandates.

Since July we know that the Postal Workers Union (over 200,000 members!!) gained for its members an exemption from the federal government mandates!! Say what? Did they gain an exemption just for themselves?  Well, well… If I am a semi-decent lawyer in any state I can easily file a lawsuit – and claim a number of very serious violations, constitutional or otherwise, but chief among them will be the fundamental claim that laws have to be universally applied.  Truly, I do not think ANY judge will take longer than 5 minutes to throw the “unequal” application of the law out the window…

Need I note here that the larger Police Union in NYC is threatening to sue the City in case they dare force vaccines on their members? The vaccination rate among them is only 47%… Who do you think will win this battle? I could bet anything I own on the cops… But if they do win – and they will – the game is lost for the vaccination of all public employees. Oh, I forgot… NYC cops have already rejected the mask mandates!!

The Political Climate Is Favoring A Rebuke To Mandates and Lockdowns.

Few people expected that Biden will TOTALLY collapse in a matter of months – Helleniscope was rather the exception. I do not recall how many times I suggested here that the Left has the distinct historical tendency to commit suicide.  And suicide it was, fueled by many rounds of hypocrisy.  The amalgam of hypocrisy took place in California, where Gavin Newsom (but also Nancy Pelosi) have shown their elitist mentality in all its glory: “Laws are for you but not for us!!”  They were both caught repeatedly disobeying their own mandates for masks and distancing and they are now at the edge of a huge political catastrophe – a very well deserved political collapse.

At the recall election of September 14, Gavin Newsom’s very possible replacement, Larry Elder, has already promised an IMMEDIATE end to lockdowns and mandates!! Most polls have him in a statistical tie, while yesterday he was endorsed by a former State Senate leader, Gloria Romero, a Democrat, mostly on the basis of his proposal for charter schools (a teacher union killer idea…)  I do not need to tell you that if California falls to a true conservative leader like Larry Elder, it will be the beginning of the end of the democrat and the globalist agenda… Even if Pelosi & Co. try to steal the election (they already have started the process by allowing ballots to be printed in private printers!) they will likely be faced with an even bigger rebuke – and this time it will be a true bipartisan rejection of their voter fraud!  I was laughing at the thought that Biden will campaign for Newsom after the Afghanistan debacle… Even if he decides to throw a couple of bombs on the Taliban to show his “resolve”, he will be ridiculed by the people…

Laughter Is Always the Real Killer Of Authoritarianism…

As someone who grew up in a military dictatorship and survived his teenage years in the most communist neighborhood of Pireaus, Greece, I can assure you that satire and laughter have already done their job, and Biden, the Democrats, and their globalist protectors are the butt of jokes coming from all corners… None of these “covid-communists” will survive the ridicule of the populace…  Here is a sample: 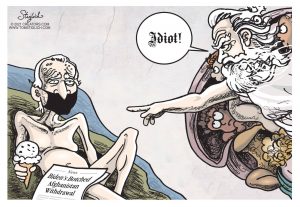