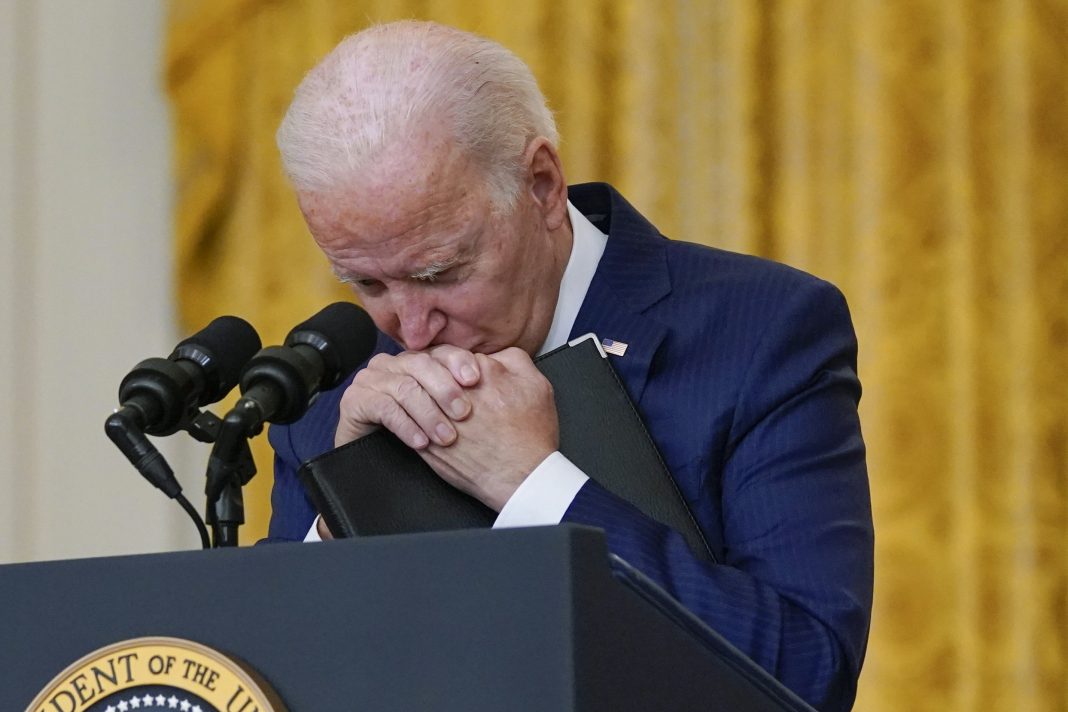 Unbelievable Callousness By Senator Menendez In Greece: “Greece is Safer Under President Biden Than Trump”

I was reading yesterday’s news from Greece, where NJ Senator and Chairman of the Senate Foreign Relations Committee Robert Menendez is taking the grand tour and receiving all kinds of honors. “Greece is Safer Under President Biden Than Trump”, said the powerful Senator (a statement that made headlines all over the news) and left all of us speechless with his unbelievable callousness and partisanship in the midst of the biggest disaster of US Foreign Policy in recent memory.  Our 13 marines were being transported in their coffins back home with their families paralyzed by grief, yet Menendez cared to support the clueless, dementia-ridden Biden… We are certainly thankful to Senator Menendez for the measures he – and others – initiated in US Congress aiming to control Turkish expansionism in Eastern Mediterranean. But we expected a US Senator in such a powerful position to be a little more sensitive to what really the American people think and feel about the ineptitude of their leadership.

And we also expected Senator Menendez to respect our intelligence: How is it possible for someone like Biden who has failed America, who made his own country much less safe, to be good for Greece? Please, Senator, show some respect to all of us Greeks and Greek-Americans.  We love America – even the leftists in Greece have recently come around to  recognizing that the two countries are destined to be close allies.  But we are as a people very savvy politically and expressions like “Greece is Safer Under President Biden Than Trump” simply insult our intelligence… Should I mention the thousands of Afghan refugees expected in Turkey? Greece is already beefing up security along the border wall at the Turkey border – the same type of wall built by President Trump on our Southern border here in the US – which you refuse to use. How is Greece going to be safer? Greece is going to be much less safe because of Biden – even if we examine only this one of Biden’s failures in Afghanistan…

But since you chose partisanship let me follow you down that road: Thank God, the Greek-American community voted for Trump in percentages well over 75% according to many estimates… Senator Menendez, if I were in your position, if I were any Democrat trying to get re-elected in 2022, I would not depend at all on    Greek-American votes… Yes, I would take the money from the wealthy Greek-American donors – but I would not expect many votes, period. 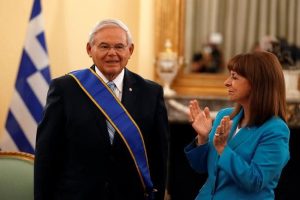 Since the talk is about Greece and the Greek-American community we owe a word or two to those among us who have been slandering me personally and Helleniscope for supporting President Trump for the longest time.  Yours truly has been paying the price for telling the truth about Trump’s election since October 2016 and – was “kicked out” of a major Greek-American website as a commentator just for predicting (based on my educational background in social science and polling) that Trump would be the winner… The publisher of the website, after opposing Trump feverishly for four years and after supporting Biden wholeheartedly is now shamelessly reporting Biden’s fatal mistakes, as if he had no role at all in them… Dear Biden voters (many of you I still consider friends), there is a lesson to be learned from mistakes such as the one you made last November (even though many of us on the other side still believe that the voting process was in many ways fraudulent).

The first lesson is the commonest of all political cliches, that “elections have consequences”. We see the consequences in front of our eyes for the past eight months and we are counting disaster after disaster: broken borders, rising prices and inflation, dividing the country, mishandling the pandemic, destroying the fabric of our educational system with CRT, and finally the catastrophic evacuation of Afghanistan.  Does anyone believe now, just 8 months after the inauguration, that there ever was a worse US president than Biden?

We all know of people who voted for Biden and the Democrats not out of ideological principles and conviction but out of hatred for Trump. Those of us who adhere to Christian values understand deeply that hatred is never a good guide in making any decisions in life.  Second lesson: Voting for Biden out of hatred for Trump was a mistake.  You pick someone because of his ability to handle the task at hand.  You pick a policeman (and in our case, this is the best analogy as foreign relations is the number one duty of the president as the leader of the only global superpower) because he is tough and not because his language does not offend you. You do not hire a shrink or a pastor to be a policeman.  And you never install a demented old man to lead you in battle…

And so for the good of this great country of ours you need very soon to come to your senses and try to recognize the mistakes above.  The country, and in fact the whole of humanity, needs you to show good judgment at least once every four years… We are now seeing in front of our eyes how much depends on this one election and we are all going to be paying for years to come for the mistake of electing Biden… Let’s not make any mistakes like that again.

Please take my advice on this: When it’s time to vote remove yourself from current events and try to think of your children and grandchildren, who I know you value more than anything in the world…  (I assume of course that you will be informed enough – so please read Helleniscope regularly… And please allow me for this one time to be self-promoting)…