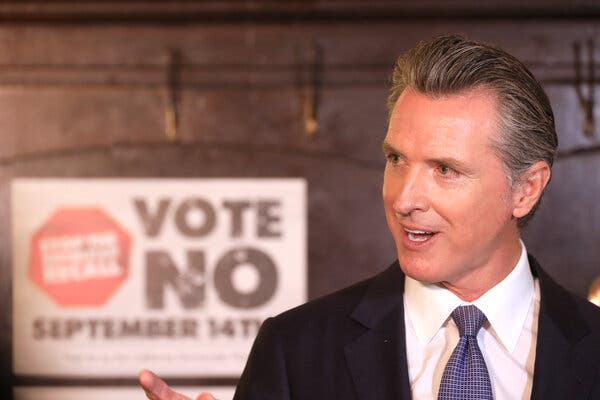 A call has been sent for a Forensic Audit in Republican-controlled counties across the state of California.

Living in California, there is no way Newsom obtained over 60% voting No on the Recall. The lockdowns affected every small business, family, and place of worship. Newsom was a hated man since March 2020. On top of the lockdowns, there were devastating BLM riots in major cities. Mexican Americans from Los Angeles even protested the lockdowns on their businesses.

Citizens pushed back against the mask mandates and lockdowns by opening their businesses in defiance. They opened businesses not enforcing ridiculous mask rules. Bars opened as private membership associations.

The recall election on September 14 had many cases of voter fraud. Many voters showed up to polling stations to find out someone voted for them across the state. There is massive fraud when dead people even vote. Non-citizens are allowed to vote when they have a driver’s license. What about the homeless people? It’s easy to bribe people money in exchange for a vote.

Then, try to apply for a job in the local county registrar of Voters if one is not a Democrat!.. Democrats hire other Democrats in the county, city, and state jobs. The majority of the County Registrar of Voters who control the ballot box is Democrats, not Republicans.

There are calls for a forensic audit starting in Republican-majority counties. Eventually, it will come to the big corrupt counties controlled with an iron fist by Democrats.

It’s not odd how Globalists infiltrated California in the past 70 years. Hollywood is in California with its propaganda movies/TV to brainwash generations of Americans and the world. Note how trash TV and music from California have reached Greece? California is the food breadbasket of the USA. It borders Mexico. The Globalists inserted the LGBT/Pornography program in California. Homelessness and runaway drug/alcohol addiction started in California. They spread this garbage to the rest of the nation and world.

Arizona’s forensic audit shows how the Democrats stole the elections on September 24th.