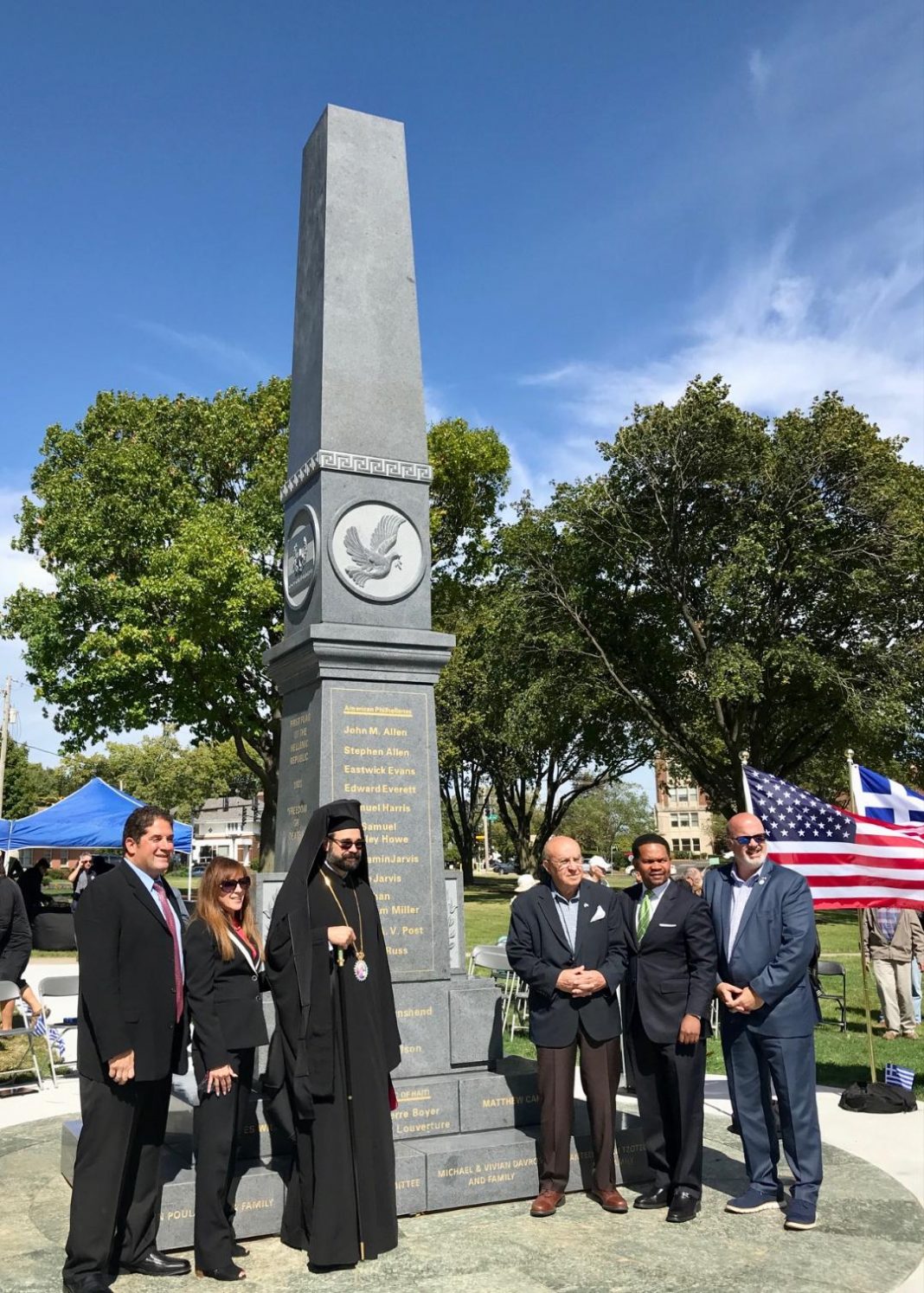 In a superb ceremony attended by a crowd of many local officials, the Metropolitan of Chicago Nathanael, and many Greek-Americans, the town of Aurora (a suburb of Chicago) revealed yesterday, Saturday, September 25, the beautiful monument donated by the American Philhellenes Society, in their central square. It was the culmination of a lifelong effort by Peter and Georgia Nikolopoulos, their sons, and a very dedicated board.

The photos below talk for themselves – and a visit to their website (linked above) will provide information on their amazing contribution to the Greek American community.  Many American officials were present, including local senators.  It was particularly significant that the National Archives sent their representative and also requested that a miniature of this monument be sent to Washington DC to be displayed appropriately at their collections. 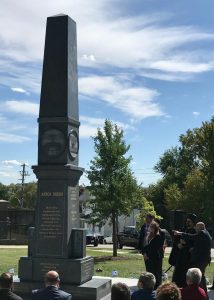 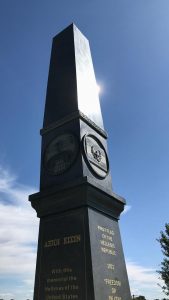 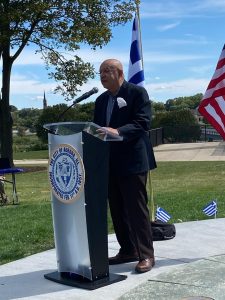 From the Greek side, only Gianna Angelopoulos-Daskalaki, president of the 200th Anniversary Committee, made a serious effort to support the event financially and also sent a recognition letter that was read yesterday. The Greek Government was absolutely absent.  The ambassador in DC, Mrs. Alexandra Panagopoulou, and the local consulate, although they were kept dutifully informed, they did not even manage to send a letter of recognition!!  Absolutely shameful!  If there was an event for the Holocaust or any other useless appearance – sponsored by any lobbyist – they would be first in line… The Greek-American community should note this and turn their back on them whenever possible… The only exception was a letter from an undersecretary of the Greek Foreign Ministry.

Even more shameful was the absence of some Chicago Greek community so-called “leaders”, who did not manage to leave their political and other “turf” differences behind.  Some offered financial support (like Bill Mataragas of HANC) but many others completely ignored it.  I have a word for all of them: If you cannot unite for such a significant local event please do not tell me that you can take part in a broader countrywide or global organization of Hellenes… Kostas Haniotakis, president of the local association of Enosis, was nowhere to be found… Yet, he spent days on end in Greece, pushing various self-promoting plans… And a few months ago, he spent days in New York, taking part in a failed effort to usurp the national organization of HANC.  I could mention several other names. This is a warning – next time they act like “brother-killers” they will be fully exposed.

The same and even worse holds true for GOARCH and AB Elpidoktonos, who had appointed as President of the GOARCH Committee for the Celebration of the 200th Anniversary Mr. Dimitris Logothetis, a Chicago Resident.  Not only he did not appear, not only he did not contribute one penny, but he did not send one letter of recognition…  This is exactly what we can expect from Archon Mr.Logothetis and most other “Archons”.  They are Archons only in name but in essence, they are low-class, self-aggrandizing, useless “nobodies”.