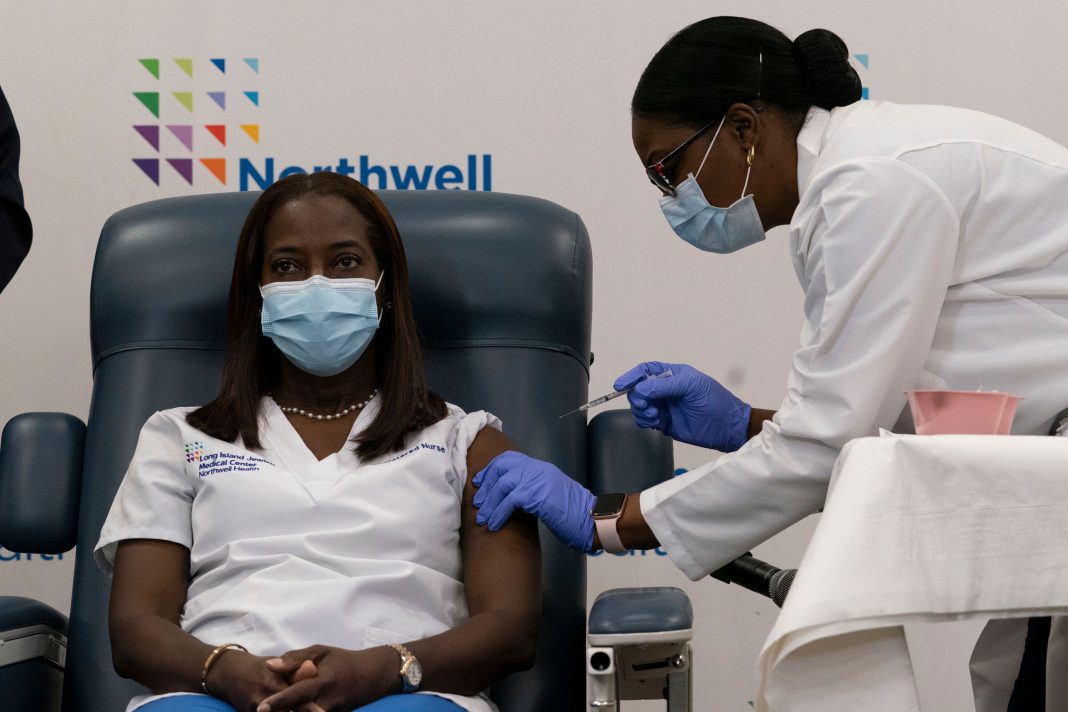 There has long been an underlying tension between African Americans’ disproportionate vaccine hesitancy and the Left’s obsession with equality of outcome (they now pretentiously call it “equity”) as an indicator of discrimination.

That tension finally boiled over in New York City this week. Two black men without proof of vaccination attempted to join three female friends eating at Carmine’s Italian Restaurant. Precisely what happened next is in dispute, but closed-circuit footage shows that one of the diners attacked a waitress, igniting a fight. An attorney representing one of the women has since claimed the waitress had “spewed out” a racial slur.

The police will investigate exactly who did and said what and who is right or wrong. But the incident serves to highlight the fact — it’s not an opinion, but a fact — that vaccine mandates have a “disparate impact” on blacks.

Liberals cling to the concept of “disparate impact” as the true measure of discrimination. For example, they cling to it so desperately that the Obama administration deliberately failed to appeal an adverse lower-court decision that could have led the Supreme Court to demolish “disparate impact” as a concept in law.

Yet, leftists’ current policy in New York requiring vaccine passports for diners is flagrantly discriminatory by this precise standard. And the Black Lives Matter movement — which, as usual, speaks and acts with all the subtlety of an atomic bomb — is not letting off lightly the far-left New York City politicians who imposed the policy.

“Seventy-two percent of black people in this city from ages 18-44 are unvaccinated,” said BLM organizer Chivona Newsome, according to reporting by National Review’s Caroline Downey. “So what is going to stop the Gestapo, I mean the NYPD, from rounding up black people, from snatching them off the train, off the bus? … We’re putting this city on notice that your mandate will not be another racist social-distance practice. Black people are not going to stand by, or you will see another uprising.”

“We are serving notice on the mayor, on the governor, on the restaurant industry that we will not allow for you to use this pandemic, vaccination cards, and masks as another reason to be racist, to put us in prison,” said Black Women’s March co-founder Kimberly Bernard. “Because there’s enough of us in there.”

We must confess some admiration at these remarks. As far as white gentry liberals are concerned, blacks are not supposed to say such things out loud. Democratic politicians want to use black votes to advance themselves, but all they offer in return is their bankrupt ideology and their sense of entitlement. Bit by bit, more black voters are figuring this out.

But for now, the reality remains that not every demographic difference is the result of racism — or sexism, for that matter . The Left’s conception of “disparate impact” as indicative of discrimination is both illogical and inconsistent with the jurisprudence of the post-Civil Rights era. It would require a strict quota system, something no one would openly endorse and no one could ever administer, as the only possible way of ameliorating racism.

Such beliefs are inconsistent with this nation’s ideals and the ideals that the great civil rights leaders promoted. But they are completely consistent with the Democratic Party’s need to keep the grievance train running forever to remain relevant.

The fact that America has become a better, fairer, less racist place than it ever was at any previous point in its history — proven as it elected and reelected a black president — is a genuinely scary thing for a political party that depends on making black voters live in fear.

For now, as the Left’s COVID-scolds attempt to defend a dubious vaccine passport policy that will result in more and uglier racial confrontations, there is at least some poetic justice in seeing them hoisted by their own petard.