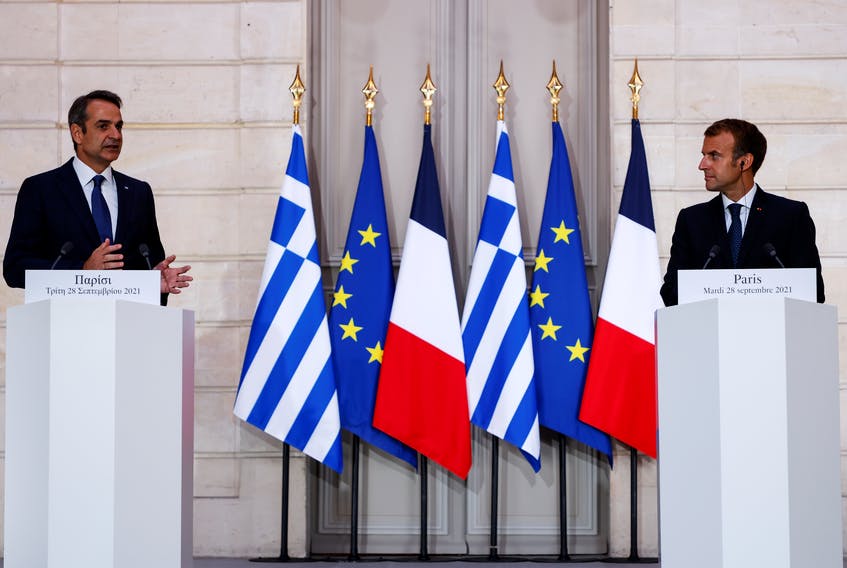 EDITOR’S NOTE (Nick Stamatakis): It seems that Greece was the immediate beneficiary from the fallout between the US and France after the $56 billion AUKUS disaster… On the surface, the United States had to give their blessing to this huge deal (expected to approach about $10 billion) in order to appease France – but there are many other strategic reasons for the US to support the Greco-French defense alliance in the Eastern Mediterranean, including Israel’s strategic interests. For one more time in history, the “sea powers” of the world (US-UK-AUS, France, Greece, India) are aligning against the land powers (Germany-Russia-China-Pakistan-Turkey).  Did anyone notice that Russia is fast becoming the top weapons supplier of Pakistan?.

Greece is gaining a lot out of this alliance as it provides a mutual defense assistance clause in case one of the two countries is attacked on its territory.  It simply means that Greece will now feel a lot more comfortable opposing Turkey militarily, should the violations of territorial waters and air space continue. Greece also will get at least 3 Belhara frigates – probably the most advanced frigate worldwide today.  It’s extremely important that they were designed after the French designers received invaluable notes from the Greek Navy.  In other words, these ships are designed exactly to fit the Aegean and have the capabilities required so that Greece can dominate the Eastern Mediterranean. The Belharras carry the digital control system, the 4A FF AESA multi-role radar, the Aster 30 anti-aircraft missiles, and SCALP Navale surface-to-surface missiles – among many other advanced capabilities.  The Scalp Navale missiles with a range of 200-250 miles mean that the frigate can sit near Pireaus as it aims any target on Turkey’s Aegean coast…

Three Gowind corvettes will also be purchased from France to accompany operationally the Balhara frigates. When these ships are received Greece will be in a position not only to defend itself but to dominate the Eastern Mediterranean… Greek Navy officers were cheering today all day long!! 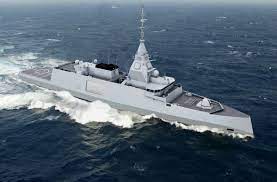 The France-Greece military and defense deal in detail

The Greek-French agreement in Paris today provides for France’s immediate military assistance to Greece and vice versa, in the event of a third country attacking, even if that country is part of their alliances (such as Turkey, which is a member of NATO too).

At the same time, Greece will receive in record time, 3 + 1 Belhara frigates with full air defense equipment and anti-submarine warfare and capabilities to shoot down air targets at very long distances.

The frigates, with their high technology and long-range weapons systems, will act as a power multiplier in the Aegean and the Eastern Mediterranean, and in addition to their increased capabilities, they will be fully compatible to work with Rafale fighter jets.

According to government officials, the government is equipping the Navy with a view to the future, as the 3 frigates (with an option to buy another) are purchased from Greece at the most advantageous price, with full armament and a record delivery time.

The first state-of-the-art digital frigate is expected to be delivered in 2025 and the last in 2026.

In this way the security of Greece is strengthened.

Greece and France have committed through the strategic partnership agreement, beyond and above existing structures (NATO and EU), to assist each other militarily in case of need.

However, the bilateral agreement also has a purely European dimension, as it is an acceptance of the doctrine of the strategic autonomy of the European Union by the two countries.

In essence, Greece and France, with the bilateral agreement which guarantees the cooperation of the two countries in defense and foreign policy, operate within the framework of their alliances and strengthen the policy of strategic autonomy of the EU.

At the same time, on the table is the provision of 3 state-of-the-art Gowind corvettes (with an option for another one) with full equipment.

Greece moved quickly and secured a very strong defense cooperation after the reclassifications from the AUKUS agreement.

Greece will have three frigates FDI HN (Hellenic Navy), a configuration which has been chosen by our Navy itself.

The ship belongs to the next generation of “digital” frigates, and is equipped with the top SeaFire radar.

The latter is combined with the state-of-the-art ASTER 30 anti-aircraft missiles, in their latest version.

The SeaFire/ASTER 30 combination will offer area air defense to the Fleet Units, at distances exceeding 100 km, while at the same time it will have Anti-Ballistic Abilities.

In other words, for the first time in its history, the Navy will acquire ships that will be able to shoot down air targets at very long distances, while they will also be able to offer protection against ballistic missiles.

The armament is complemented by an advanced 76 mm cannon , but also a RAM system of 21 missiles, which completes the anti-aircraft/anti-missile shield of the ship.

The new frigate, in addition to advanced anti-aircraft capabilities, also has top anti-submarine capabilities, thanks to the world champion sonar CAPTAS-4.

The latter will be combined with the state-of-the-art anti-submarine helicopters MH-60R that Greece recently bought from the U.S. and will be delivered in early 2022.

Anti-ship weapons include the most advanced “digital” Exocet MM40 Block 3c, capable of long-range impact, while also being able to hit coastal targets.

The new digital frigates is complemented by state-of-the-art electronic systems, which are completed on the world-leading French Combat Information Center SETIS.

What does the “Strategic Partnership for Cooperation in Defense and Security” Greece and France: