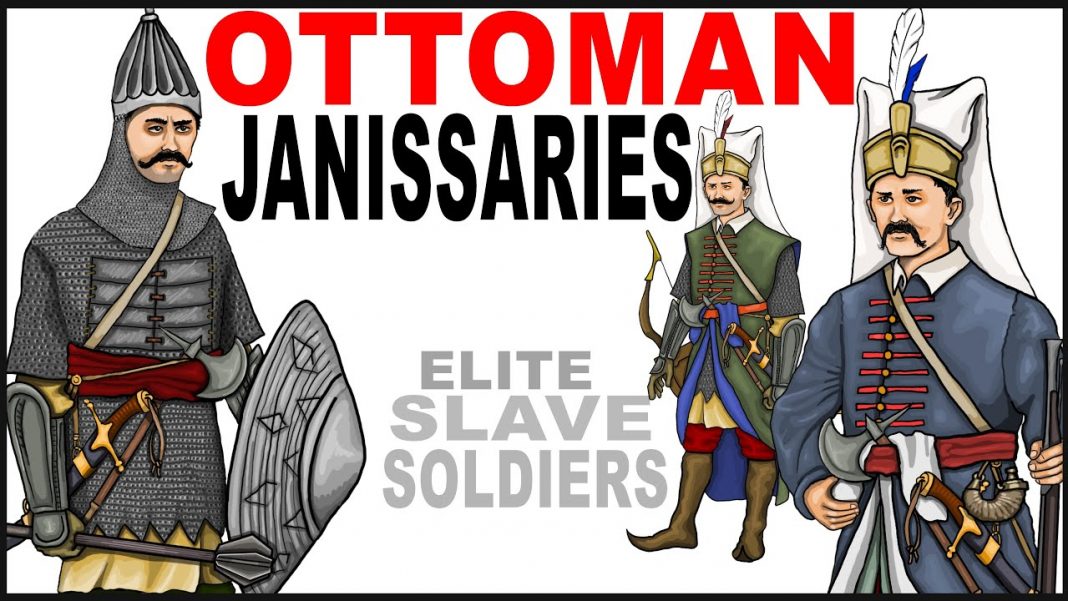 In the summer of 2012, my family and I took a Mediterranean cruise to Constantinople. There, we found ourselves on a tour of the Topkapi Palace where the Sultans used to live. In response to a question about the Janissaries, our Turkish tour guide proudly informed us that the Sultans would “adopt” approximately 200 Greek boys each year (multiply that by 400 years of Ottoman occupation, roughly 80,000 young boys altogether, although other sources indicate a much higher number) to “save” them. These boys were “educated” and “trained” at the Topkapi palace and taught to view the Sultan, not as their military commander, but as their “father”. We, who were of Greek descent, already knew that these boys were not adopted, but abducted from their Greek families, forcibly Islamized, brainwashed and trained militarily to become the famous “Janissaries,” the elite Turkish army. The Sultans used the Janissaries to fight against their Turkish enemies, which included the boys’ own Greek relatives. Fearless and fierce, both in combat and in loyalty to their Sultan, the Janissaries, were sacrificed in battle by the Ottomans to spare the shedding of Turkish blood. According to our Turkish tour guide, however, these boys were not used to fight against their own Greek brothers but were sent back to Greece to “help” govern their people.

Fast forward to September 20, 2021, and the appearance of an article on Helleniscope by Nick Stamatakis. The introduction to the article is eye catching: The Greek-American community lives the ultimate schizophrenia: It seeks to support Greece and Cyprus, while the Church, the most powerful of our organizations, is controlled by the enemies of Hellenism.

I would add to this “and the enemies of Orthodoxy.” Who are these enemies of Hellenism and Orthodoxy? It seems that her enemies of the present are the same as those of the past; and according to Stamatakis, Archbishop Elpidophoros is one of these enemies, which is why many don’t call him  Elpdophoros (hope-bearer) but “Elpidoktonos” (hope killer).

According to Helleniscope, there first appeared a report in 2018 from a credible source, that Elpidophoros and Patriarch Bartholomew, were both born in Turkey, both served in the Turkish armed forces, and were both agents of MIT, the Turkish Intelligence Service. “At the minimum, this meant that they were “compromised”, meaning that the Turks knew anything they needed to know to blackmail them…” Well, this background might explain a few things.

Prior to his enthronement as Archbishop of the US, Elpidophoros wrote an essay titled “Primus Sine Paribus” (“First Without Equals”) This was published on the Ecumenical Patriarchate website, to support Bartholomew, the Patriarch of Constantinople, as “the Pope of the East” – an ideology that copies heretical Western doctrine, which led to the Great Schism of 1054. Just a few months prior to arriving in America he also wrote a geopolitical essay on “Religion and Geopolitics in Ukraine.” This was to gain the approval of the US State Department, which has geopolitically controlled the Constantinople Patriarchate since President Truman (1945).

The day after his enthronement as Archbishop, Elpidophoros promoted Father Alexander Karloutsos to Vicar General of GOARCH. Prior to this, Karloutsos was involved in all scandals of GOARCH and is the reason for the federal investigations still going on today. Since then, Elpidophoros’ actions and innovations regularly sparked protests from the Orthdox faithful against his secularism, his globalist Ecumenism and his abandonment of Holy Orthodox Tradition and practises. When the pandemic arrived, he aligned with Black Lives Matter, a movement fostering communism in the name of anti-racism. He supported anti-Christian pro-abortion politicians like Cuomo and Giannaris and abandoned basic human and Christian values like personal freedom of choice over one’s health in the name of “science.”

Mr. Elpidoktonos indiscriminately supported everything from endless lockdowns to Church closures; from testing the faithful with multiple spoons to liturgizing under the LBTQ flag; from vaccine mandates to denying the faithful “religious exemption letters,” because evidently, coercion and vaccines made from aborted fetal cells do not bother this Greek Orthodox hierarch.

The extent of this damage, which turned the lives of the Orthodox faithful upside down, still did not incense the average person of Greek descent as much as his recent attendance and behaviour at the inauguration of the Turkish House in New York City on September 20, 2021. Sadly, only about 15% of Greeks are members of the Church and even fewer attend regularly, but ALL Greeks, regardless of which country they reside in, are very much united in support of their ancestral homeland.

So, when Elpidoktonos went out of his way on September 20th to attend the inauguration and to “bow” to Turkish president, Erdogan, (to kiss his hand?) offering subordination, the way one venerates his spiritual father, everyone noticed. How can a Greek Orthodox hierarch pay homage to the Turks whose hands are stained with Cypriot blood, who keep violating Greek territorial waters and air space, who keep the Halki Seminary closed and who turned Hagia Sophia back into a mosque?

At a time when even President Biden refused to meet Erdogan, Elpidoktonos sought him out like a puppy running to its master. Small wonder the prime ministers of Greece and Cyprus, Mr. Mitsotakis and Mr. Anastasiades, canceled their planned meetings with Elpidophoros later that week. While many Greeks and Cypriots have spent many years and much money trying to support Greece and Cyprus, Elpidoktonos undermines all these efforts with a gross display of public Turkophilia.

Suddenly, things are starting to make sense. The Patriarchate may stubbornly insist on remaining in Turkish Constantinople in the name of tradition, but is it more for protection? Who can charge you for treason against Greece when you live in Turkey? And why would Bartholomew make such a generous donation to Turkish Erdogan to “manage the pandemic” but not to his own Orthodox people in Greece, who had the same problem? Each year, Archbishop Sotirios extracts huge sums of money from every Greek Orthodox church and organization in his Canadian jurisdiction, sending millions of dollars to the Phanar, maintaining a four decade reputation as one of their most generous donors. On the surface this “just” appears as shameful groveling. Elpidoktonos groveled for his promotions using heretical and geopolitical essays. Not having the same talent for literary theological perversion did not prevent Sotirios from using extorted church money to grovel for his promotions, but why such a steady stream of money each and every year? What gave it all away was the way Elpidoktonos salivated all over Erdogan and his cronies for their attention and approval.

My question is, are these hierarchs of ours the modern-day Janissaries who were trained by their Turkish “father” and then sent back to the Greek Orthodox people to “help” govern them? Are they advancing Turkish interests by also hearing and relaying to Turkish intelligence the confidences and confessions of prominent Hellenes and others? And when they send money to the Phanar, to supposedly support our “poor, persecuted Patriarchate,” where does it end up? Is it “just” maintaining Bartholomew’s position at the Phanar or is it doing more than that? Turkey may no longer be taking our children, but that does not mean they cannot be on the receiving end of our church donations. Is this blackmail? Treason? Both? Or is there something even worse going on? What exactly is Bartholomew funding?

Conspiracy theory? There is a saying that where there is smoke, there is fire. Therefore, when someone sees smoke, they do not ask if there is a fire. They ask WHERE is the fire? How thick does the smoke have to get before we wake up and start looking for the fire so we can put it out before it consumes us?

Right now, I can’t breathe because there’s so much smoke. Even if one could stomach multiple spoons, or tolerate Ecumenism, how could any red-blooded Greek not see these corrupted and heretical hierarchs as modern-day Janissaries who treacherously betray our motherland and the Faith of our forefathers to our enemies?

I can already hear these traitors’ rebuttals accusing me of being a Church schismatic. Unfortunately, many schisms have already been actualized by our internal enemies (who pretend to be our friends) even if these schisms have not yet been finalized by formally signed, mutual anathemas. In the past, our Holy Church fathers did not shrink from boldly anathematizing the enemies of Christ and His Holy Orthodox Church because they knew how dangerous they were. Now that many of our own hierarchs have turned out to be, not just heretics, but also position-hijacking treasonous traitors of Faith and Country, who will kick them out? What an irony it would be if it’s the unbelieving secular politicians who do just that. In the meantime, there will be no more dollars from me for any church overseen by Sotirios or Elpidoktonos. I just can’t handle the smoke. 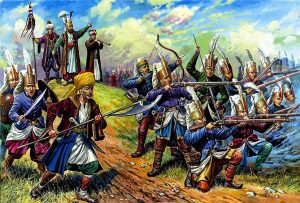