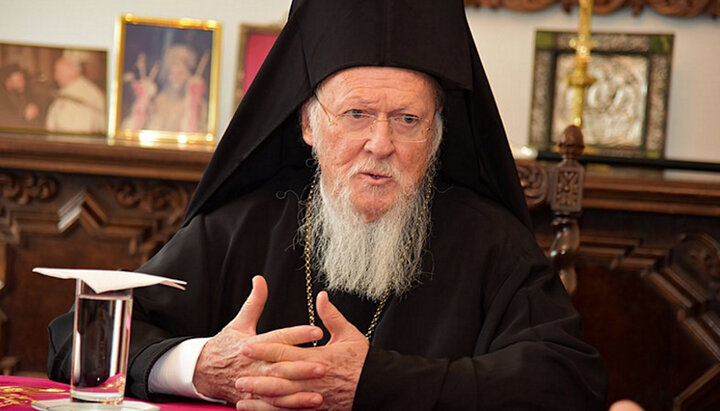 EDITOR’S NOTE (Nick Stamatakis): I have noted many times the contrarian character of Pat. Bartholomew.  This is the latest manifestation.  Referring to the Christianization of the Rus in 10th century AD he claims that “we civilized” them also, using a cheap rhetorical/historical argument that would fit perfectly “My Big, Fat Greek Wedding”.  He conveniently forgets that at almost the same time princess Theophano went to Rome and married German King Otto (around 978 AD). At the wedding dinner the Germans were eating the meat served using with their hands, forcing Theophano to ask her maids to bring our the forks – and this is the first time Medieval Western Europe was introduced to “the fork” (not to mention Law and Philosophy and Science, etc – which happened later).  Will Pat. Bartholomew go around with this cheap argument telling the Germans and other nations of Europe they need to be subject to his “authority” because of this?

This is an absolutely disgusting argument. Unfortunately, the “contrarian” Bartholomew has transmitted his sick mentality to the rest of his Metropolitans “of the Throne”…  Recently they said to the 70% of Ukrainians disagreeing with them on autocephaly (which the Patriarchate granted on the 20%) and protesting the stealing of their churches and the suppression of their religious rights to “shut up”… Congratulations on the giant display of Anti-Christian mentality by the Phanar…

Head of Phanar: We made Russians Christians and brought them civilization

Patriarch Bartholomew is convinced that a “personal slanderous war” is being waged against him and against the “privileges” of the Patriarchate of Constantinople.

On October 24, 2021, in an interview with the Cypriot newspaper Politis, Patriarch Bartholomew of Constantinople said that his predecessors made Russians Christians and introduced them to civilization.

The head of Phanar said that as an ecumenical patriarch for thirty years he has been responsible for the “rights” of the Patriarch of Constantinople “before his predecessors, before history, before the people of God, who expects from Constantinople only the truth, which is far from short-term interests.”

According to Patriarch Bartholomew, it was the very fact that he “defended the Truth” in his decision to recognize the OCU and provoked the “fierce” response of the Russian Church.

As a result, those who disagreed with the legalization of the OCU (he is talking about representatives of the Russian Orthodox Church – Ed.) launched a “personal slanderous war against my modest face and especially a slanderous campaign against the historical responsibility of the Patriarchate of Constantinople, which brought them Christianity and made them civilized people.”

It is this (disagreement with the recognition of the OCU – Ed.) that “causes a feeling of fear and uncertainty in people when other Churches do not want to coordinate their actions with the actions of the Ecumenical Patriarchate,” the head of Phanar said.

Earlier, the UOJ wrote that, according to Patriarch Bartholomew, there are those who envy his position as the First in Orthodoxy and hence create a “new ecclesiology”.