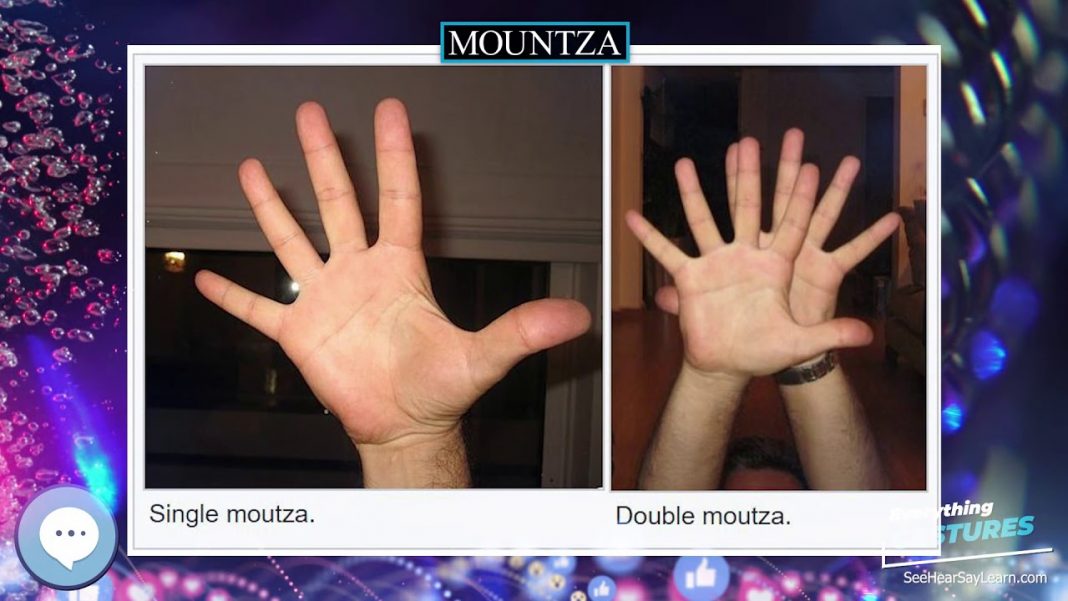 EDITOR’S NOTE (Nick Stamatakis): John Kass, one of the greatest American commentators of Greek descent (and we have many very big “Greek mouths”), born in the South Side of Chicago by Greek immigrants (and married to a Greek…), a columnist for the Chicago Tribune for about 40 years (!!) surprisingly was at a loss for words and reverted to a famous Greek gesture, the most famous of all, the “faskeloma” or “mountza”!!!  Yes my friends, this is exactly how you describe our “political fools” of our days – when words have completely lost their meaning!!… “Does only one person get the award? I can think of plenty this last month.”

Yes Catherine, there can be only one. And you’re not alone in thinking of many morons deserving of the award. But how to choose?

The idiots are legion. Examples: The liberal and deadly anti-gun activist actor Alec Baldwin. Jen Psaki about 10 times a day. Or that Kentucky principal accepting lap dances from a male student (he thought it would be funny).

The poisonous hypocrisy of Major League Baseball that boycotted the All-Star Game in Atlanta over voter integrity laws and made it a racial thing, yet now MLB celebrates the Atlanta Braves in the World Series? Oh the hypocrisy!

The vast hordes of idiots stretch beyond the horizon, with only the Moutza to say “No” to their overwhelming Idiocracy.

And let’s not forget Republican Sen. Richard Burr of North Carolina, a member of the bi-partisan Combine, and an infamous COVID-19 insider stock dumper.

According to the Security and Exchange Commission, Burr and his brother-in-law, Gerald Fauth, chairman of the federal National Mediation Board, spoke on the phone shortly before both men sold off stocks ahead of national pandemic lockdowns. This was after Burr was given high level classified briefings by federal agencies as to the severity of the coming pandemic.

Sen. Burr? Before I say “grand jury,” allow me to say this:

But here’s another question: Is it polite to give the Golden Moutza of October to a political fool who said something extremely stupid—yet also revealing and quite helpful– at the end of last month?

“I don’t think parents should be telling schools what they should teach,” declared Virginia Democrat Terry McAuliffe, candidate for governor, in the last days of September.

McAuliffe ignited a political firestorm of outrage in blue Virginia, particularly among the well-heeled liberal class of federal bureaucrats in Loudoun County.

No matter how Tuesday’s Virginia gubernatorial election goes, McAuliffe did the nation a favor by accurately expressing the view of elitist national Democrats toward America’s parents:

Your children aren’t “yours.” They belong to the government. Don’t object, or they’ll coordinate with the Biden White House to have you branded as domestic terrorists and ruin your lives, while useful idiots of the leftist pundit class dance on the graves of your careers.

So shut up and take it, parents. The Chicago Way becomes the American Way.

“The case of the rape coverup in Loudoun County Virginia deserves more than a mere ‘Nah!’” writes Grant Davies. “But it’s the best we can do if we don’t live there. So, blow on it, you liars!”

Here’s how this works. Readers find me on Facebook (or is it ‘Meta?’) at the end of the month, to nominate their worthies with a loud Nah! (Take it) or gusty Feesah Etho (Blow on it) in the manner of my ancestors.

“To Major League Baseball that banned the All-Star game from being played in Georgia to a law passed to protect election integrity. Now they have a World Series played in probably their two most hated states, as they sit with their thumbs up [their behinds] saying nothing, other than to promote the World Series.

“I have to admit that ever since the last Golden Moutza, I have come across many candidates,” laments Mr. Vee. “Every time I read or hear a story and think, ‘This will be an epic suggestion for John Kass,’ but alas, when under the gun to perform I draw a blank…Thus I will cast myself under the Moutza bus and commit Moutza Hara-Kari and nominate my addled self for this month’s Golden Moutza. Nah, to me! Wait, I need to look in the mirror.”

You look. I have a Golden Moutza to bestow.

“A big fat NAH to the principal of Hazard High School who is also the mayor of Hazard Kentucky,” writes Michael J. Maggio, “for taking lap dances from male students in scant costumes on school property. Yikes!”

Yikes is right. The principal’s name is Donald “Happy” Mobelini.

“As the Cass County sheriff observed,” Winike said, “‘It’s still a crime to shoot another person, even if they tell you to. Nah!”

These idiots might ask Alec Baldwin for a few  gun safety pointers.

Speaking of Baldwin, I suppose most of you know by now that the insufferably liberal actor and anti-Second Amendment activist was involved in a deadly shooting on a movie set.

He reportedly thought the gun he’d been handed for a scene was not loaded.

But he pulled the trigger. And cinematographer Halyna Hutchins is dead.

The tone of much of the reporting yearns to exonerate Baldwin. But that’s a given, since most journos are about as liberal as is he, and don’t know beans about firearms.

And on a movie set you must check it yourself.

“This is a blanket Moutza for all the morons defending Alec Baldwin,” writes Patrick Fitzmaurice, a longtime Chicago Fire Department paramedic chief who spent his life dealing with victims of violence.

“Hollywood continues to spew crap about how it wasn’t Alec’s fault. Sorry. Alec pulled the trigger,” Fitzmaurice continued. “Alec didn’t check to see if the gun was loaded (with a live round). Gun safety rule number one: ALL GUNS ARE LOADED UNIL YOU PROVE OTHERWISE.

“As a famous firearm instructor said, ‘Keep your (deleted) finger off the bang switch until you have ensured it isn’t loaded and do not point the gun at anyone unless you intend to destroy them. NAAAHHH!!!”

And this from Andy Cawston, “I nominate Alec Baldwin for negligent discharge of a firearm. For failing to check whether it was loaded before directing its aim at a human target. For taking someone else’s word that it was unloaded and safe. For doing pretty much everything the Manual of Arms tells you not to do. Nah! Feesah Etho!!!”

The wise Bryan Surek brings us back to baseball with a non-political nomination he assures me is “gold.”

“My nomination is for PETA wanting to change the “Bullpen” to the “Arm Barn,” Surek writes. “This isn’t an Onion article. PETA, baseball has had this name since the 1800s. Take your cancel culture stab and blow on it! NAH!”

PETA’s vice president was quoted as saying “words matter,” and that the use of “bullpen” was hurtful to humans and livestock.

Relief pitchers can’t afford feelings. And cattle are tastier when they’re not whipped into a political frenzy.

Did the Cardinal’s Grover Cleveland Alexander come out of the “Arm Barn” to win the series against the Yankees’ murderer’s row with the bases loaded?

So how about these words, PETA? I hope these words matter: Feesah etho!

There are so many worthies, and so many brilliant nominations from so many of you.

From Lori Lightfoot and Kim Foxx helping kill a great city, with woke pundits defending them, even as violent crime drives business out of downtown and drives taxpayers away.

And anyone who likes or supports the giving of wretched Candy Corn for Halloween. Candy Corn! Nah!! Pumpkin spice too. And Baldwin.

But then there’s Terry McAuliffe of Virginia, running for governor as a Democrat, oozing sincerity, teaching the country what elitist Democrats mean when they say they care about education.

All through October he’s been arrogantly doubling, even tripling down on what he said in late September about parents and schools.

But a rule of politics: Parents don’t like being told by a politician that they shouldn’t be involved in their children’s’ schools that they pay for with their taxes.

Especially when the schools are pumping their kids full of race hate through Critical Race Theory, or shoving questionable subjects of a sexual nature at children, as if the kids are but subjects in their neo-Marxist Thought Control experiments.

No matter if he narrowly survives the election on Tuesday, or loses and is mercilessly ridiculed, he’s done America a great favor.

Because no matter what happens on Tuesday in Virginia, the issue will remain.

And for this, we should thank him. But what to give a wealthy elitist Democrat who has everything but common sense?

The Golden Moutza of the Month.

Lift up your florid politician’s face Terry McAuliffe. Behold the trophy of the golden hand.

You’ve earned it with your 12 stupid words: “I don’t think parents should be telling schools what they should teach.”

Now please, blow on it.