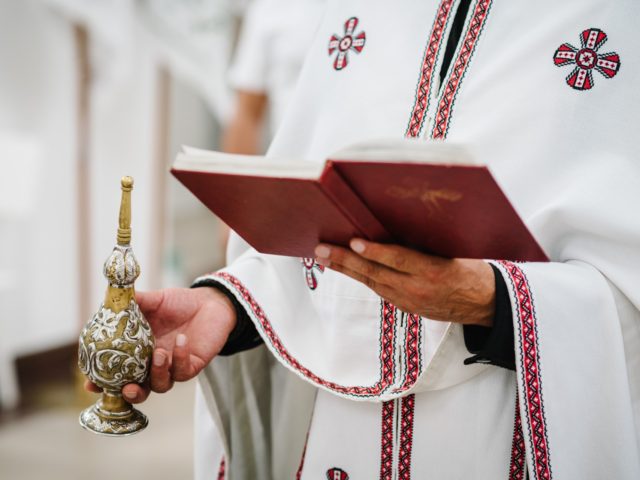 EDITOR’S NOTE: Are they testing how much they can push people? If this is their goal soon they will find out that they have reached their limits…  It’s unfortunate that Greece lost at least 500.000 young professionals during the last 10 years of crisis… They would have made all the difference – and the instant revolt would be guaranteed…

Two Greek Orthodox Metropolitan Bishops have demanded that priests under them be vaccinated against coronavirus or they will be put on leave.

The Metropolitan Bishops of Mytilene and Dodoni have both stated to their priests that they must take the coronavirus vaccine or they will be forced on unpaid leave. They have given the unvaccinated priests several days to decide their course of action.

He continued that those who refuse the vaccine may be encouraged to take it if the priests in churches were also vaccinated. He also stated that any priests taking part in anti-vaccine demonstrations was unacceptable, Greek newspaper Proto Thema reports.

The Greek Orthodox Holy Synod, the governing body of the church, also called on both clergy and laymen to get vaccinated against the coronavirus this week in a statement.

“Responding to the surge in coronavirus cases, the Holy Synod, in addition to its written circulars and instructions, appeals to all its clergy, as well as to the faithful, that when they attend holy temples they fully observe all measures to protect from the spread of coronavirus disease and urges everyone to get vaccinated, according to the instructions of the medical community,” the statement said.

The Greek Orthodox Church has had a somewhat negative reaction to the measures implemented by the Greek government in response to the coronavirus pandemic and had previously resisted strict lockdown measures in the past.

In January, the Holy Synod stated that it would not consent to a government bid to close churches to stop the spread of the virus. In March, some churches in Thessaloniki