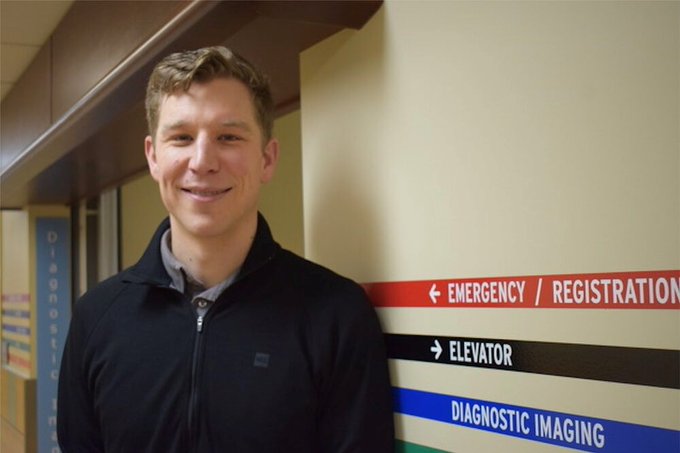 When a patient in her 70s came into the emergency department at Kootenay Lake Hospital in Nelson, B.C., Dr. Kyle Merritt had no idea hundreds of people were dying of heat across the province.

It was late June, and British Columbia was consumed under a heat wave that would soon go down as both the hottest and deadliest in Canadian history.

The head of the hospital’s emergency department, Merritt could see the aggravated toll the extreme heat took on patients battling multiple health problems at once, often with little money.

“She has diabetes. She has some heart failure. … She lives in a trailer, no air conditioning,” says Merritt of the senior patient.

“All of her health problems have all been worsened. And she’s really struggling to stay hydrated.”

As the mercury climbed, more patients arrived and pressure on the hospital mounted. Merritt and his colleagues tried to make sense of a surge in heat illness most had only seen in medical school.

“We were having to figure out how do we cool someone in the emergency department,” says the doctor. “People are running out to the Dollar Store to buy spray bottles.”

Merritt remembers hitting a tipping point, the extreme heat an opening salvo in another summer of crisis. He started contacting other doctors and nurses, in Prince George, Kamloops, Vancouver and Victoria.

The response was immediate. Roughly 40 doctors and nurses at the small hospital — all busy trying to manage a pandemic and their regular professional lives — came together under the banner Doctors and Nurses for Planetary Health.

“I was worried about the summer that was coming,” says Merritt of the rising number of health-care workers desperate to talk about how climate change is affecting their patients’ health.

“I was really quite amazed at how many people have decided to jump in.”

Just as doctors and nurses started to make sense of the record heat, it cleared — only to be replaced by a blanket of wildfire smoke.

When a patient came in struggling to breathe, Merritt knew the smoke — that hadn’t lifted from the region for days on end — had made a case of asthma worse.

For the first time in his 10 years as a physician, the ER doctor picked up his patient’s chart and penned in the words “climate change.”

“If we’re not looking at the underlying cause, and we’re just treating the symptoms, we’re just gonna keep falling further and further behind,” he told Glacier Media when asked why he did it.

“It’s me trying to just … process what I’m seeing. We’re in the emergency department, we look after everybody, from the most privileged to the most vulnerable, from cradle to grave, we see everybody. And it’s hard to see people, especially the most vulnerable people in our society, being affected. It’s frustrating.”

At the same time, Merritt says he hoped another family physician would read the chart, and one day, consider drawing a straighter line between their patients’ health and climate change.

Smoke and heat affect more than peoples’ physical health. Merritt says he saw a number of patients already suffering from depression or anxiety have their symptoms worsen during the wildfire season. Wildfire smoke even triggered flashbacks in a patient who was coping with post-traumatic stress disorder from his time as a soldier.

Doctors at the feet of power

As global heating takes centre stage in Glasgow this week, Merritt and about 40 other nurses and doctors are taking their concerns to Nelson’s city hall, where the group will rally alongside at least 130 more health-care workers demonstrating at the provincial legislature in Victoria.

“We wanted to do something big. We wanted to gather at the feet of power,” says Dr. Kelly Lau, a family physician based in Vancouver, who is among those headed to Victoria Nov. 4.

Starting Thursday at noon, Lau says the non-partisan group is calling on the provincial government to, among other things, declare an “ecological emergency” and end subsidies to the fossil fuel industry.

“A lot of us were really shook by this summer, by the heat dome and the wildfires that are just escalating every year,” she says. “This is about moving forward in a way that saves lives.”

Update: Meteorologist Anthony Watts issues REBUTTAL to Doctor Merritt: ‘Climate Change’ Does Not Affect Human Health, Weather Does – Watts: “On the face of it, one doesn’t need to be a climate scientist to know this is an absurd claim, because the doctor is simply making the mistake of conflating short-term weather events with long-term climate change. … That rules out Dr. Merritt’s claim of “climate change” driving health issues he witnessed, which was little more than conjecture, with no science applied at all. His diagnosis seems more like “political popular science”, as opposed to real science citing data and linking causation. …

Dr. Merritt should stick to treating patients, and leave meteorology and climatology to experts trained in those sciences. After all, you certainly don’t see meteorologists and climatologists posing as medical professionals. Cause of Death? Climate Change.

“Climate change is a killer, but we don’t acknowledge it on death certificates,” co-author Dr Arnagretta Hunter, from The Australian National University (ANU) Medical School, said. “There is second component on a death certificate which allows for pre-existing conditions and other factors.

“If you have an asthma attack and die during heavy smoke exposure from bushfires, the death certificate should include that information. We can make a diagnosis of disease like coronavirus, but we are less literate in environmental determinants like hot weather or bushfire smoke.” …

“Climate change is the single greatest health threat that we face globally even after we recover from coronavirus,” Dr. Hunter said.

Your CO2-laden breath is killing people…science says so! STUDY: ‘Three Americans create enough carbon emissions to kill one person’ – Claim: ‘For every 4,434 metric tons of CO2 produced, one person globally will die’ 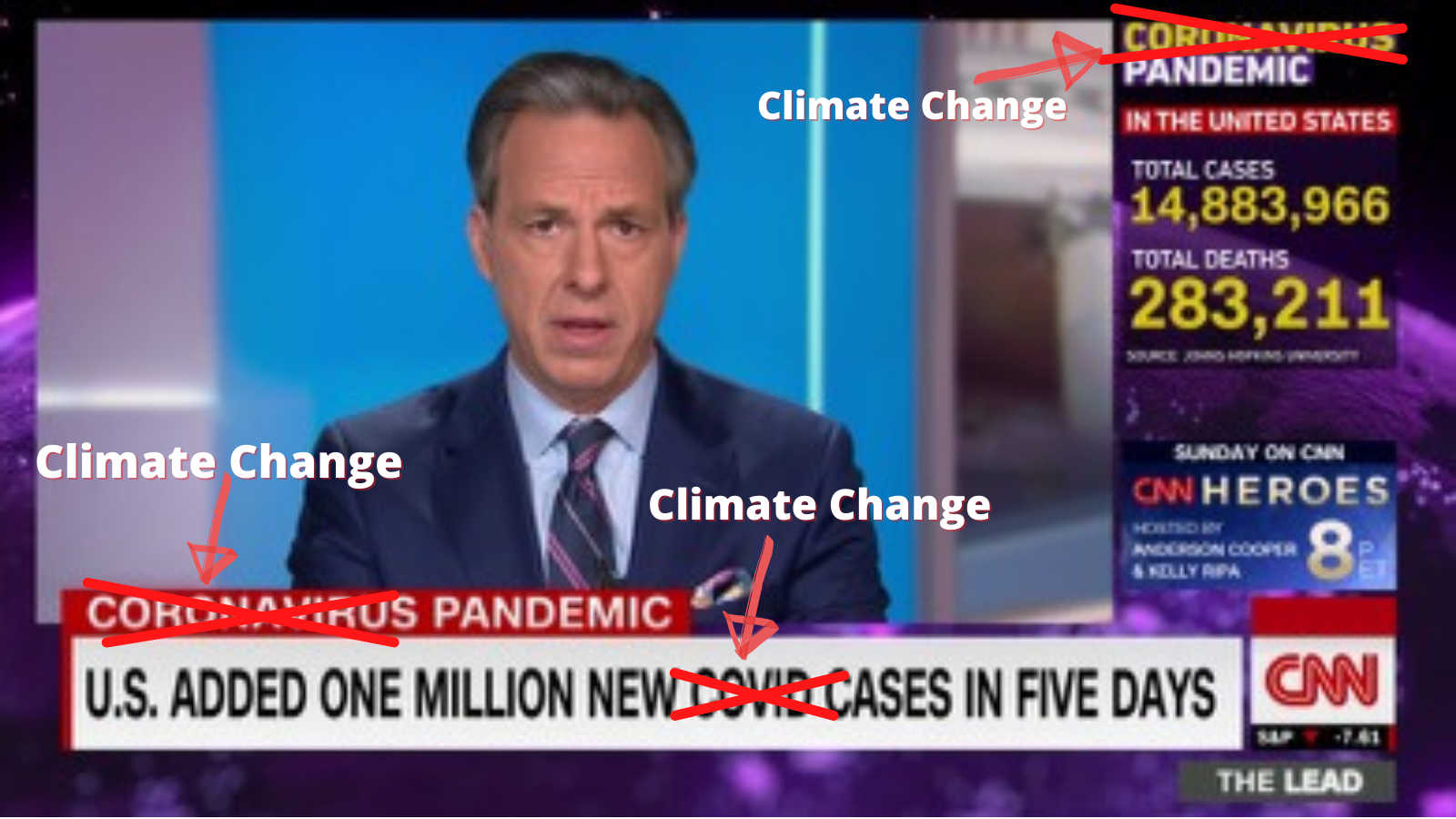 After 100 years of climate change, ‘climate-related deaths’ approach zero – Dropped by over 99% since 1920

Meteorologist Anthony Watts: “New data shows the global climate-related death risk has dropped by over 99% since 1920. Despite the near-constant caterwauling from climate alarmists that we are in a “climate emergency”, real-world data, release at the end of 2020 shows that climate-related deaths are now approaching zero. The data spans 100 years of “global warming” back to 1920 and shows “climate-related” deaths now approaching zero. Above is an update of the graph in the 2020 peer-reviewed article by Bjørn Lomborg: Welfare in the 21st century: Increasing development, reducing inequality, the impact of climate change, and the cost of climate policies.”