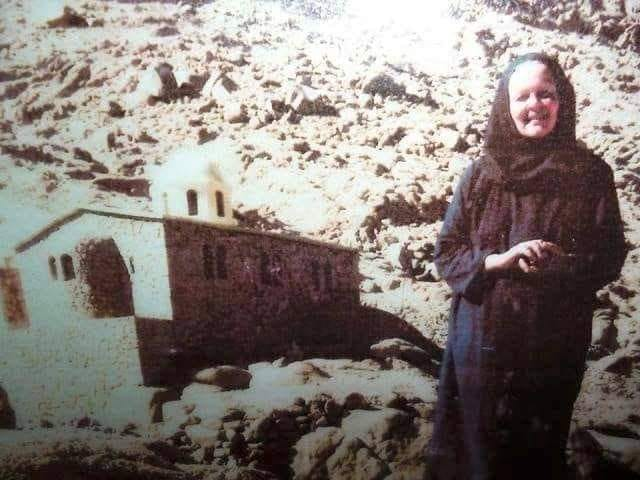 A French historian, atheist and nihilist visited Elder Porphyrios at his Hermitage in Milesi, Attica. She did not expect, being a University Professor, to learn anything great from a 2nd Grade graduate, but for the sake of her friends she agreed to go.

The Elder asked the two of them to talk without the presence of others or an interpreter, which caused the question of her friends who knew that the Frenchwoman did not speak Greek at all, nor did the Elder speak French.

The theological and existential discussion finally took place with the two of them alone, for quite some time.

The door opened and the atheist woman came out in tears, tears of repentance. When her friends asked her how she got along with the Elder, she replied:

“But he speaks fluent French.”

The same happened with a German Doctor, with a Serb, with a Romanian, with an Irishman.

When his spiritual children asked him how he knew foreign languages while he was never taught them, he replied:

With Saint Paisios too we have many such examples and with Russian Saints too.

The Holy Spirit, the Heavenly Fire with which the Fire of the Altar once lit on the Day of Pentecost is always in the Church and has been burning for twenty centuries now. It was never erased by human weaknesses and mistakes.

“And I will pray the Father, and he shall give you another Comforter, that he may abide with you for ever “.

Every other “new fire of spirit” which is advertised nowadays with characteristic conceit and arrogance as being authentic, genuine and unique on earth by heretics is foreign “Alien Fire and not Divine”.

In the photo is the atheist French historian, Nun Magdalene in the Sinai desert, where she practiced asceticism afterwards, alone for 18 years in very difficult conditions, having renounced wealth, career, fame and useless philosophies of life.