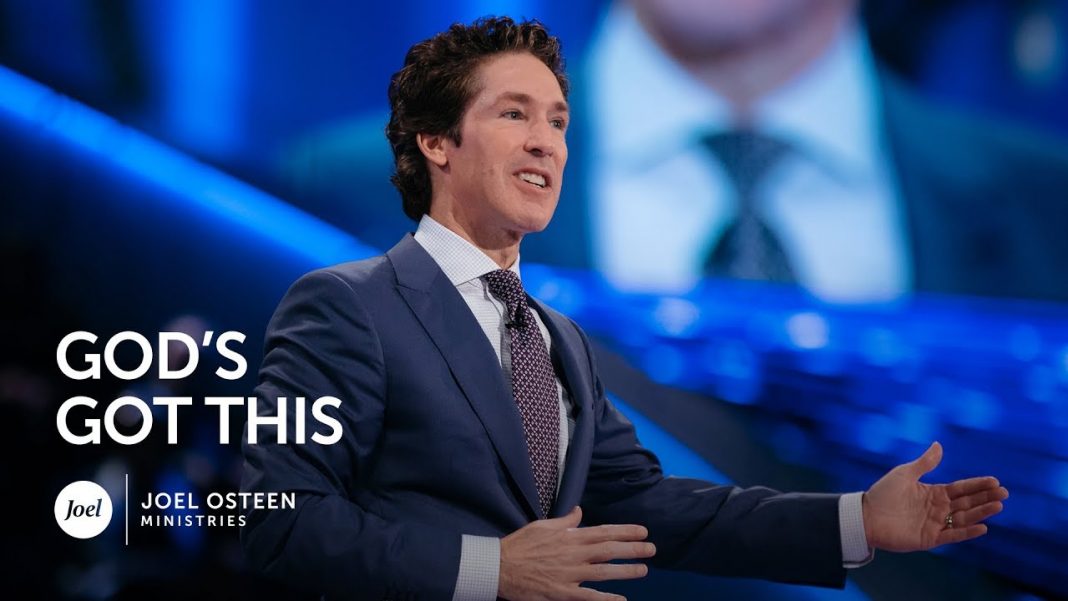 EDITOR’S NOTE (Nick Stamatakis):  Take courage you Greek Orthodox faithful – you are not alone!! Other church “leaders” are leading the way in corruption and it seems that they are stuck in their old ways – cash!  They haven’t discovered cryptocurrencies yet!! But I think the “Green” Patriarch Bartholomew still holds the record in cash accumulation: over 10 million annually with the diplomatic luggage from the Greek Foreign Ministry, untold millions every time the “Throne Hierarchs” visit Istanbul, a new source of cash from Ukraine (filling the luggage of Met. Emmanuel and destined for Swiss Bank accounts) and God only knows what else…

But Joel Olsteen? Yes, corruption is omnipotent… The private jet his megachurch provides for him is not nearly enough to satisfy his “lust for God”…

Televangelist and “prosperity gospel” hawker Joel Osteen may find it easier to put a camel through the eye of a needle than to recover his image after a plumber discovered a stolen horde of material wealth in the walls of his megachurch.

Years ago, back in 2014, someone stole $600,000 in cash and checks from a safe at Osteen’s Lakewood Church. Now, the missing cash seems to have re-surfaced, thanks to the unwitting efforts of a plumber called in to do a bathroom repair at the megachurch, who discovered the reported “bags and bags” of cash in the wall.

One of the plumbers, a subcontractor identified only as Justin, called into radio morning show Morning Bullpen at 100.3 The Bull, saying that his superior contractor got a call about a loose toilet at Lakewood, and Justin’s crew arrived to do the job, which he had no reason to believe wouldn’t be like any other, until the shocking discovery, according to Click 2 Houston, which broke the story to the world at large (audio of the phone call from Justin is available on their site).

“There was a loose toilet in the wall, and we removed the tile. We went to go remove the toilet, and I moved some insulation away and about 500 envelopes fell out of the wall, and I was like ‘Oh wow!’”

Justin then went on to call his supervisor, who called the Houston police. The incident ended up requiring him to stay for 7 hours while police questioned him and examined the scene.

The incident has brought in a flurry of commentary and speculation, the most common theme being that Osteen himself is responsible, and that this is his personal stash that has been uncovered.

Others noted the extravagant, wealthy lifestyle the pastor leads:

Still, others took the moment to draw attention to the time he declined to open up his Lakewood church to Hurricane Harvey victims in 2017:

While $25,000 in reward money was offered for finding out who was behind the 2014 grab, Justin allegedly hasn’t seen a penny of it, despite numerous attempts to contact Osteen and Crime Stoppers of Houston. For their part, Crime Stoppers says that the reward money is for information leading to the arrest of the culprit, not simply discovering the lost cash, and that the statute of limitations has expired anyway, therefore no reward money will be paid out.