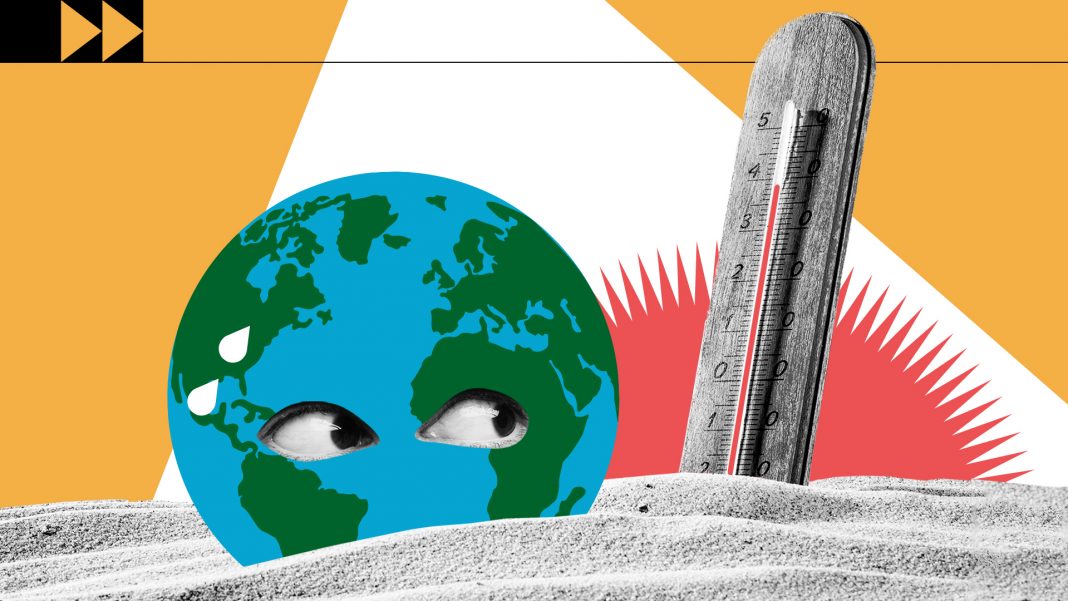 (EDITOR’S NOTE: Nick Stamatakis): From the times of the conflict between Malthus and Karl Marx in the 19th century, it has been crystal clear that the “prophets of doom” have been wrong numerous times. When Malthus made his prediction of global catastrophe because of “excessive population”, the Earth was inhabited by less than 1 billion people! I was growing up as a young socialist teenager in Greece in the 1970s when the major concern was global cooling!… I clearly remember the turn of the Socialists to the so-called “ecology” when their experiments in “existing socialism” Soviet-style had failed all over the world – it was always an escape valve for them and it is so today… I even remember a French socialist party conference in the mid-1970s where it was proposed that society can be self-governed “when each unit/household can be networked via computers, where each can have a vote and participate in major decisions”. Yes, my friends, the socialists were way ahead of the technology game for reasons that even today I fail to understand.  But I remember very tellingly that this wonderful idea of “democracy via computer networks” hit the wall when someone suggested: “And who is going to control the central computer system which is supposed to equitably distribute information so – in our socialist utopia – the people could make equally informed decisions?” Silence… End of story…  Ah, this “central bureaucracy”!… The eternal problem of humanity…

And so when I hear idiotic screams about “climate change” from people who have never worked in real life and have never taken a science course like Pope Francis, Pat. Bartholomew and AB Elpidoktonos I laugh…

The comic cries of climate apocalypse — 50 years of spurious scaremongering

The recent UN climate summit in Glasgow was predictably branded our “last chance” to tackle the “climate catastrophe” and “save humanity.” Like many others, US climate envoy John Kerry warned us that we have only nine years left to avert most of “catastrophic” global warming.

But almost every climate summit has been branded the last chance. Setting artificial deadlines to get attention is one of the most common environmental tactics. We have actually been told for the past half-century that time has just about run out.

This message is not only spectacularly wrong but leads to panic and poor policies.

Two years ago, Britain’s Prince Charles announced that we had just 18 months left to fix climate change. This wasn’t his first attempt at deadline-setting. Ten years earlier, he told an audience that he “had calculated that we have just 96 months left to save the world.”

In 2004, a major UK newspaper told us that without drastic action, climate change would destroy civilization by 2020. By that time, it foretold, major European cities would be sunk beneath rising seas, Britain would be plunged into a “Siberian” climate as the Gulf Stream shut down and mega-droughts and famines would lead to widespread rioting and nuclear war. Not quite what happened last year.

And these predictions have been failing for decades. In 1989, the head of the UN’s Environment Program declared we had just three years to “win — or lose — the climate struggle.” In 1982, the UN was predicting planetary “devastation as complete, as irreversible as any nuclear holocaust” by the year 2000. Indeed, at the very first UN environment summit in Stockholm in 1972, almost 50 years ago, the organizer and later first UN Environment Program director warned that we had just 10 years to avoid catastrophe.

In 1972, the world was also rocked by the first global environmental scare, the so-called “Limits to Growth” report. The authors predicted with great confidence that most natural resources would run out within a few decades while pollution would overpower humanity. At the time, Time magazine described the future as a desolate world with few gaunt survivors tilling freeway center strips, hoping to raise a subsistence crop. Life magazine expected “urban dwellers will have to wear gas masks to survive air pollution” by the mid-1980s.

The scares were, of course, spectacularly misguided on both counts. They got it wrong because they overlooked the greatest resource of all, human ingenuity. We don’t just use up resources but innovate ever-smarter ways of making resources more available. At the same time, technology solves many of the most persistent pollution problems, as did the catalytic converter. This is why air pollution in rich countries has been declining for decades.

They do so by repeatedly ignoring adaptation. Headlines telling you that sea-level rise could drown 187 million people by the end of the century are foolishly ignorant. They imagine that hundreds of millions of people will remain stationary while the waters lap over their calves, hips, chests and eventually mouths. More seriously, they absurdly assume that no nation will build any sea defenses. In the real world, ever-wealthier nations will adapt and protect their citizens ever better, leading to less flooding, while surprisingly spending an ever-lower share of their GDP on flood and protection costs.

Likewise, when activists tell you that climate change will make children face twice as much fire, they rely on computer models that include temperature but ignore humans. Real societies adapt and reduce fire because fires are costly. That is why global fire statistics show less burned area, not more, over the past 120 years. Perhaps not too surprisingly, the activists’ models even get the past wrong, but when has that ever stopped the righteous?

These unsubstantiated scares have real-world consequences. An academic study of young people around the world found that most suffer from “eco-anxiety,” with two-thirds scared and sad, while almost half say their worries affect their daily lives. It is irresponsible to scare youths witless when in reality the UN Climate Panel finds that even if we do nothing to mitigate climate change, the impact by the end of the century will be a reduction of an average income increase from 450 percent to 438 percent — a problem but hardly the end of the world. 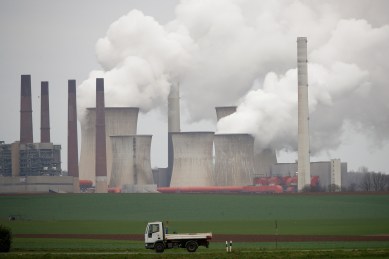 Moreover, panic is a terrible policy-adviser. Activist politicians in the rich world are tinkering around the edges of addressing climate change, showering subsidies over expensive vanity projects such as electric cars, solar and wind, while the UN finds that it can’t identify an actual impact on emissions from the last decade of climate promulgations. Despite their grandiose statements of saving the world, 78 percent of rich countries’ energy still comes from fossil fuels. And as the Glasgow climate summit showed (for the 26th time), developing nations — whose emissions over the rest of this century matter most — cannot afford to similarly spend trillions on ineffective climate policies as they help their populations escape poverty.

Fifty years of panic clearly haven’t brought us anywhere near solving climate change. We need a smarter approach: one that stops scaring everyone and focuses on realistic solutions such as adaptation and innovation. Adaptation won’t make the entire cost of climate change vanish, but it will reduce it dramatically. And by funding the innovation needed to eventually make clean energy cheaper than fossil fuels, we can allow everyone — including developing countries — to sustainably go green.

Bjorn Lomborg is president of the Copenhagen Consensus and visiting fellow at Stanford University’s Hoover Institution. His latest book is “False Alarm: How Climate Change Panic Costs Us Trillions, Hurts the Poor, and Fails to Fix the Planet.”