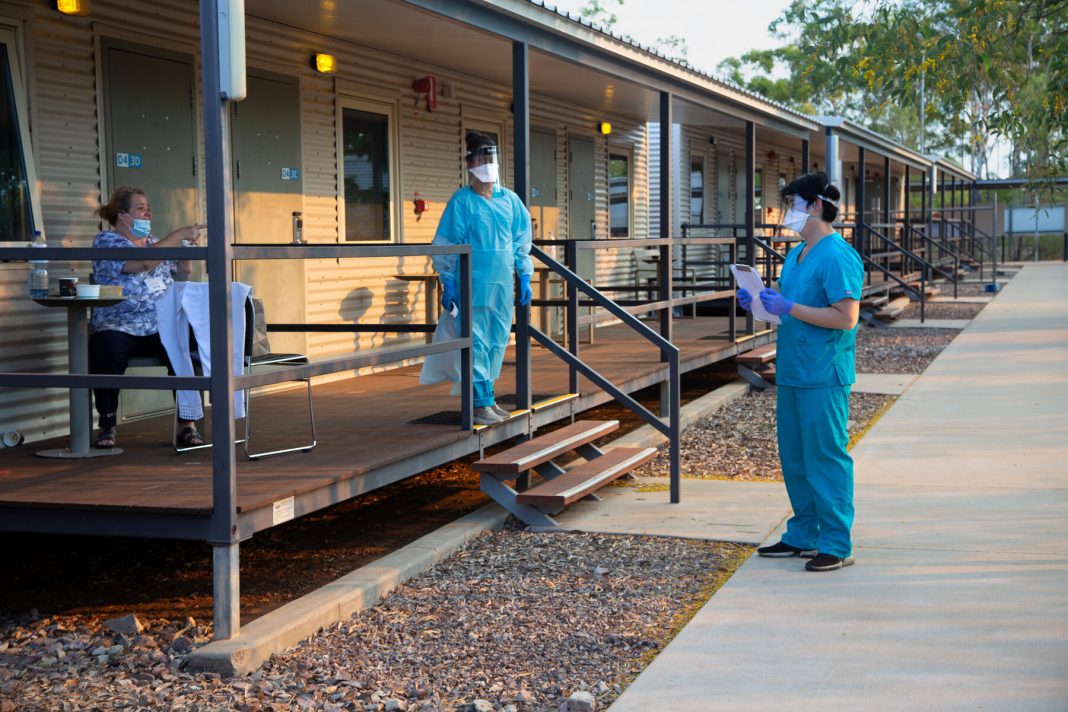 Australia returned to its roots as a prison colony for residents, especially if one decides not to get vaccinated.

For those with no historical knowledge, Australia started as a British penal colony. Prisoners from the UK were sent to Australia to be imprisoned.

Mass protests occurred last week in front of the Australian Embassy and Consulates across the USA and the world.

Australian political dissents like Max Igan barely escaped Australia for Mexico. Max lives in Mexico with the assistance of patriots living there. Max barely escaped, as the Gestapo Australian Police came to arrest him at his house. He escaped before the arrest!

In Australia, I’d be arrested for writing articles or speaking against the Covid lockdowns, or the dangerous Covid-19 vaccine. Max Igan organized mass rallies against the lockdowns. Max spoke in front of these rallies like David Icke in the UK.

An Australian Russian Orthodox Christian by the name of Aussie Cossack (https://www.youtube.com/c/AussieCossack) has been arrested numerous times for protesting inside Australia (https://www.newswars.com/the-aussie-cossack-gives-his-first-interview-after-being-released-from-jail/). The unvaccinated in Australia are prisoners in their own homes. Aussie Cossack is a prisoner in his town with restrictions of movement. This man has led the fight inside Australia for freedom. I urge all patriots to contribute funds to him so patriots in Australia can regain freedom.

There is a major difference between police in the USA than Australia or Greece. The American police are the only police force in the world that is independent and accountable to citizens. What does this mean? US police departments across America do not follow direct orders from the President, Governor, Congress, or the US Defense Department. Sheriffs hold independent constitutional roles. They do not follow unconstitutional/anti-freedom orders from Washington DC or a rogue Governor. The main goal of the Globalist elites with the fake Black Lives Matters protests was to destroy this independence of the US police departments and to federalize them. The Democrats tried to destroy our police departments, but it has backfired in a huge way. This is why US police departments did not enforce the lockdowns, fine people for no masks/vaccine/etc. Over 65% of Sheriffs in San Joaquin County, California stated that they will not take the Covid-19 vaccine.

A friend of mine from Australia told me this. The unvaccinated in Australia cannot leave their state. If one sneaks over the border, then they are banned from re-entering. One is banned from a private hospital. One can’t visit your doctor’s practice. As unvaccinated, an Australian can only attend public hospital wearing full PPG gear, mask and wait over four hours. My friend told me many have lost their jobs being unvaccinated. He told me how the Greek Orthodox Church of Australia has declared that unvaccinated are free to attend church. Where are the Greek Australian organizations to protest this tyranny in Australia? Nowhere to be found.

In the Northern Territory, they are forcing indigenous Australians to get the vaccine against their will. Does this sound like a forced genocide? Australia is using its military to force residents in the Northern Territory into these Covid Concentration camps for anyone who is positive for Covid 19 or those who were in contact. Eventually, this is the game plan for the unvaccinated worldwide. It is genocide.

This is tyranny disguised under ‘Covid-19’. The Globalist elites took control of medicine to coerce people to accept their tyranny. They forced people to get health insurance to create a database.

Citizens must call the Australia Embassy in Washington DC and tell them to stop the tyranny of lockdowns, forced vaccinations, vaccine passports, and to restore full freedom for all Australians regardless of their medical choice! FREE AUSTRALIA NOW!

Who is David Icke?