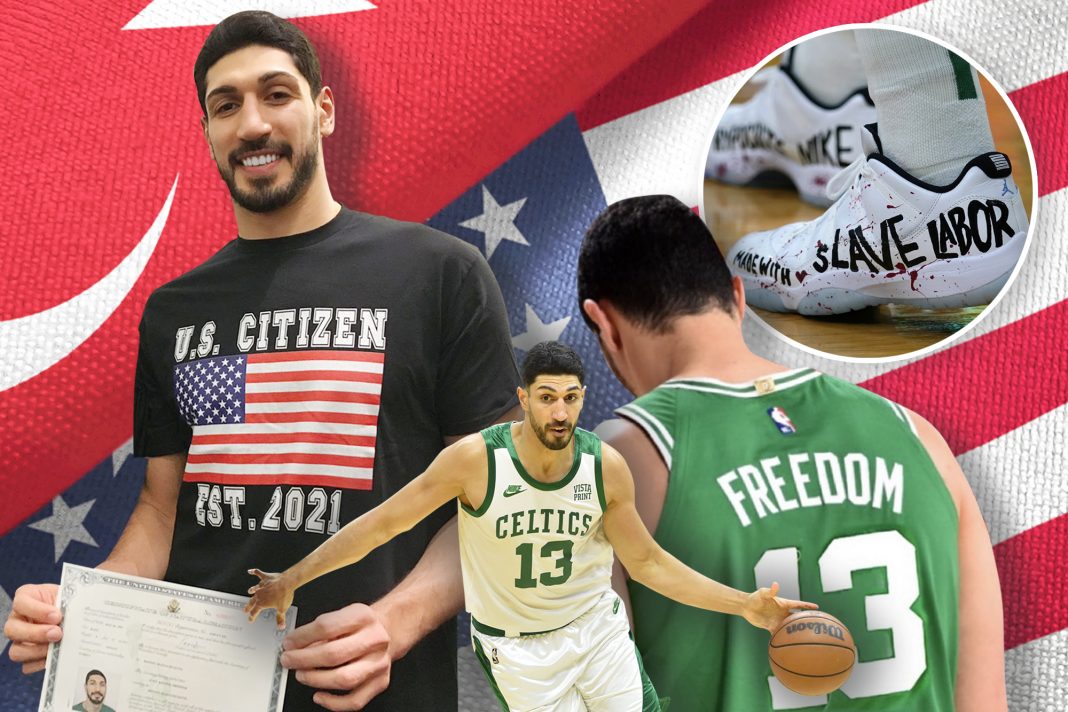 EDITOR’S NOTE (Nick Stamatakis): For weeks and months I am following the uphill battle Enes Kanter, an NBAer of the Boston Celtics is fighting against the establishment of the NBA and against the Communist Party of China.  Since he became an American citizen and changed his last name to “Freedom” (which you can now see on his jersey) he gave numerous interviews against the CCP and its genocide practices.  He also condemned NIKE for producing their sports shoes and equipment in China using child labor… Since then, China has blocked the Celtics games from their TV networks… And Erdogan in Turkey is threatening his parents and family… But for Enes Kanter “Freedom” comes first!

At the same time, I am watching the initial steps of the Dr.Oz campaign for the Senate in Pennsylvania, another uphill battle as he is an outsider.  He is financing it mostly from his own fortune.  His principles and his program along with his overall attitude resemble Trump.  Frankly, we need many more self-made entrepreneurs to enter political if we are going to have a chance to clean the “swamp” and retake America back from the brink of collapse…

Congratulations to these great Americans of Turkish origins!  We are with them!

NBA star Enes Kanter Freedom wears Celtics green when he plays on the court, but his true colors are red, white, and blue.

The Swiss-born, Turkish-raised center landed in the United States as a hoops-playing high school student in 2009 and finally won his American citizenship last month. To commemorate the event, last month he legally changed his last name to “Freedom.”

When teammates offered to celebrate with a big party, Freedom, 29, cautioned against anything too wild.

“I said, ‘Listen, we have a game,’” he told The Post. “All I want from you guys is cupcakes — bring me some blue and red cupcakes. They brought cupcakes and for two days I ate so many that I was about to get sick. For breakfast and lunch, during meetings, that’s all I ate. One of my coaches said, ‘Dude, that is not what you want to eat before practice.’ I said, ‘I am celebrating my position.’ He said, ‘Okay. You’re cool.’”

Freedom has good reason to be gung-ho about America. Over the course of living and working in the US for the last dozen or so years — playing ball on high school and college scholarships before turning pro — he has signed multi-million-dollar NBA contracts while embracing the rights afforded to all American citizens.

Growing up under a repressive government regime in Turkey, Freedom was shocked to see how openly people express themselves in America.

“I remember a teammate posting something online against [then-President Barack Obama] and I got nervous for him,” he recalls of the high school incident in 2009.

“I asked him, ‘Dude, what are you doing? They will put you in jail.’ He laughed hysterically and said I was confused. I was shocked that, within the next two days, the police did not come to his house and pressure him to say he was sorry or take away his family. If you did that in Turkey, you would be arrested for sure.”

Since then, Freedom has embraced his right to speak out. This past October, on a Facebook video, he called China’s president Xi Jinping a “brutal dictator.” Then, that night, playing against the Knicks at Madison Square Garden, he donned sneakers, painted by the Chinese dissident artist “Badiucao” that implored China to “Free Tibet.”

The one-two punch, according to Freedom, sparked queasiness within the NBA.

“Before the game at Madison Square Garden, two gentlemen from the NBA begged me to take the shoes off,” said Kanter. “I was confused. I was getting ready for my citizenship test and I knew that the First Amendment is freedom of speech. Them telling me to take my shoes off went against my First Amendment rights. I said I would not take them off. I didn’t care if I got banned or fined. During halftime I received a text message from my manager: All the Celtics games were suddenly banned in China. It took one half of a Celtics game, with me wearing these shoes, on the bench, for the games to get banned.”

NBA spokesman Mike Bass told The Post, “At no point has any NBA league official approached Enes and asked him not to wear his choice of shoes.”

“They asked me if I would wear those shoes again and I promised not to — but I wore ‘Free Uyghur,’” he said, referring to the minority Muslim ethnic group that has reportedly suffered human rights abuses in China. “The National Basketball Players Association called me and harassed me. I told them to stop calling and texting me.”

Freedom is not exactly enamored with Nike either. Never mind that the shoe company backs players and advertises heavily with the NBA, Freedom wore custom-made shoes that criticized Nike’s manufacturing policies in China. “Made With Slave Labor” was scrawled across his kicks by Badiucao.

Alleging poor conditions in Nike’s manufacturing facilities, Freedom said, “I want people to know that when you buy Nike shoes or a shirt, there is so much blood and sweat and hate on those things.” Nike has denied using slave labor.

Freedom’s passion for human rights even led to a tiff with NBA star LeBron James.

“Two years ago, I tweeted that Hong Kong should be free.” Then “Le Bron said he is not educated enough about the situation [to comment on it] and that what I tweeted hurt the league. It’s sad that these players are social justice warriors, but, when it comes to China, they are scared to say anything. [Professional wrestler] John Cena and other celebrities, they are so worried about the business side of it. I tell people to stand up for what’s right. Your values are more important than any money you can ever make from China.”

Freedom has paid his own price for being an American patriot. He’s endured death threats and even had his passport revoked by the Turkish government after hosting a basketball clinic in Indonesia in 2017. He successfully scrambled back to the States via Singapore and London, but not a moment too soon.

“I later found out that people were there to kidnap me, put me on a plane and bring me back to Turkey,” Freedom said. “In the eyes of the Turkish government, I was an international fugitive. In fact, I was a man without a country.”

Things have been even dicier for his family members who remain in Turkey. Following the basketball player’s negative statements about strongman president Recep Tayyip Erdogan in 2017 — Freedom called him a “freaking lunatic” and “Hitler of our century” — his father Mehmet was spit on in a Turkish supermarket.

“The Turkish government hated me, put my father in jail and forced my family to say they disowned me,” said Freedom. “They destroyed my relationship with my family.”

Though Mehmet Kanter has since been released from prison, he has not spoken to his famous son since 2015, when he was first incarcerated.

Asked why Freedom makes it a point to be so forthright, rankling the most powerful people in his profession, he told The Post that he’s just listening to the advice of his mother.

“When I was nine years old, my mom told me to always stand up for what’s right — even if it means sacrificing everything,” he said. “From that day forward, I have always been outspoken. Now I am on a big stage and there are so many dictators out there who are destroying people. God gave me this platform, and I have to use it for the good fight.”

And while he is serious about politics, Freedom isn’t afraid of a little fun. Recently, he became acquainted with fashion-designer and model Ariana Rockefeller, granddaughter to the legendarily wealthy banker David Rockefeller.

The two connected in an all-American manner.

“We met on Instagram,” Freedom said. “Her picture popped up on my search page. I saw that she rides horses and I asked Ariana if I am too tall to ride a horse. We had some good conversations and I invited her to one of my games. I’ve known Ariana for two years now and she is one of the sweetest girls I ever met.”

So has their relationship blossomed into a full-blown romance?

“Good question. She is someone very special for sure. But we are not dating right now — yet.” 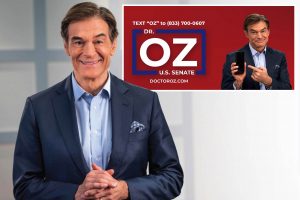 We’re 7 days away from Christmas, so I’ve decided to give you the top 7 reasons I’m running for U.S. Senate in Pennsylvania. Help me out by donating if you agree with any or all of these.

We can reinvigorate America with good ideas if we listen to each other. We’ve got to start seeing the divine spark in each other again. Can you support our campaign and tell Washington it’s time they start listening to the people?