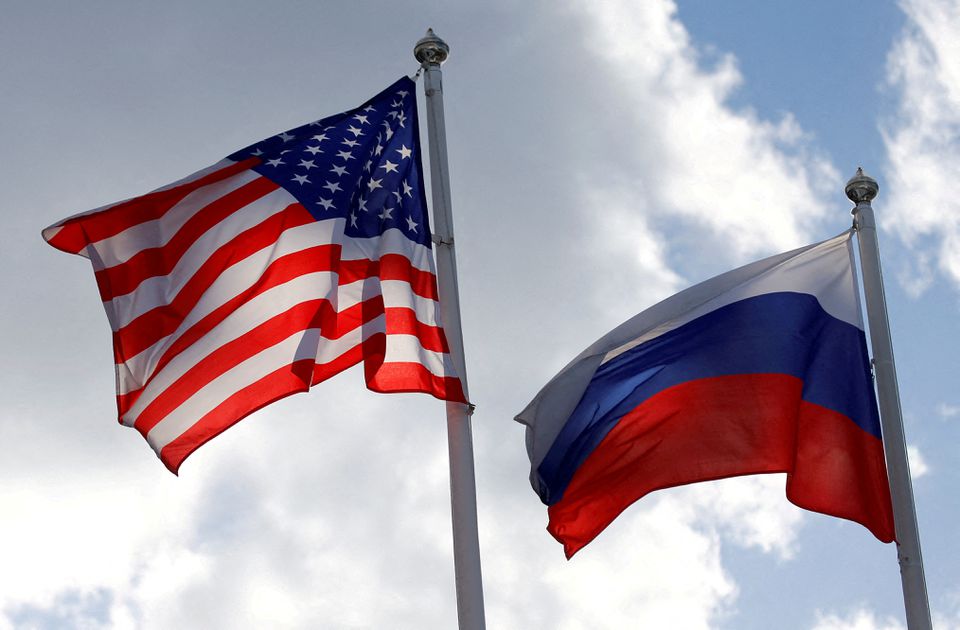 EDITOR’S NOTE (Nick Stamatakis): When it comes to US-Russia relations our readers are certainly ahead of the game! Not only we have had a headstart in all “thorny” issues related to Ukraine (thanks to the self-destructive decisions by Pat. Bartholomew), but recently we have been informing you of the little details leading up to the big stage of January 10-13 – the talks on security guarantees demanded by Russia.

The initial “friendly” approach by Biden (which allowed the Nordstream2 pipeline) was followed up in October by visits of the #3 at the State Dept (Victoria Nuland) and the Head of the CIA to Moscow for high-level talks with Putin, Lavrov, and others. Then came a back and forth until early December when Russia published an ultimatum in order to force the security talks.

We have already expressed our prediction:  It is very likely that Russia will get exactly what it wants from these talks. The way to achieve this is to allow “Biden” to save face by pretending that they are compromising.  There is no actual need for the Russians to compromise: they are holding all the cards in their hands.  But pretend they will and, in exchange, they will get guaranteed “autonomy” for the Russophone (and very industrialized) Eastern Ukraine (Donbas). And they will also get an extensive non-ballistic missile zone on their western border, among many other things – none the least of which will be guarantees for the religious freedom of Ukrainian Orthodox who live in the former nazi or nazi-sympathizer areas of Western Ukraine.  For Pat. Bartholomew the Ukrainian “Cacocephaly” is about to turn into a real nightmare!!  Well deserved I should add, as it was an exercise in extreme arrogance…

A spokesperson for U.S. President Joe Biden’s administration announced the date late on Monday, and said Russia and NATO were also likely to hold talks on Jan. 12, with a broader meeting including Moscow, Washington and other European countries set for Jan. 13.

Russian Deputy Foreign Minister Sergei Ryabkov confirmed those dates on Tuesday and said he hoped the talks with the United States in Geneva would start a process that would give Moscow new security guarantees from the West.

Such guarantees are a longstanding demand of Moscow, which alarmed the West by massing tens of thousands of troops near Ukraine in the past two months following its seizure of Ukraine’s Crimea peninsula in 2014 and its backing of separatists fighting Kyiv troops in eastern Ukraine.

The European Union demanded a say in any security deal.

“Any discussion about European security must happen in coordination with and participation of EU,” said EU foreign affairs chief Josep Borrell after talking to British foreign minister Liz Truss.

The Jan. 12 NATO meeting would be held in EU hub Brussels, Ryabkov said, while the Jan. 13 talks would involve the Vienna-based Organisation for Security and Cooperation in Europe, which includes the United States and its NATO allies, as well as Russia, Ukraine and other ex-Soviet states.

CONCERNS ON THE TABLE

Russia has denied plans for an assault on Ukraine but says it could take unspecified military action if its security demands are not met.

Moscow, worried by what it says is the West’s re-arming of Ukraine, has said it wants legally-binding guarantees NATO will not expand further eastwards, and that certain offensive weapons will not be deployed to Ukraine or other neighbouring countries. read more

The U.S. administration has threatened to impose economic sanctions if Russia attacks Ukraine. It says it cannot promise a sovereign state such as Ukraine would never join NATO.

A U.S. official, speaking on the condition of anonymity, told Reuters the United States would keep the Harry Truman carrier in Europe for now rather than sending it to the Middle East.

The official said there were no plans to move it closer to Ukraine and despite the Russian troop buildup, there was still no U.S. warship in the Black Sea.

Biden on Monday signed into law a spending bill that, among other things, will provide $300 million for an initiative supporting Ukraine’s armed forces and billions more for European defence broadly. read more

Russia’s annexation of Crimea and support for the separatist uprising in the east of Ukraine resulted in Kyiv losing control of a swath of territory in a conflict it says killed 15,000 people.