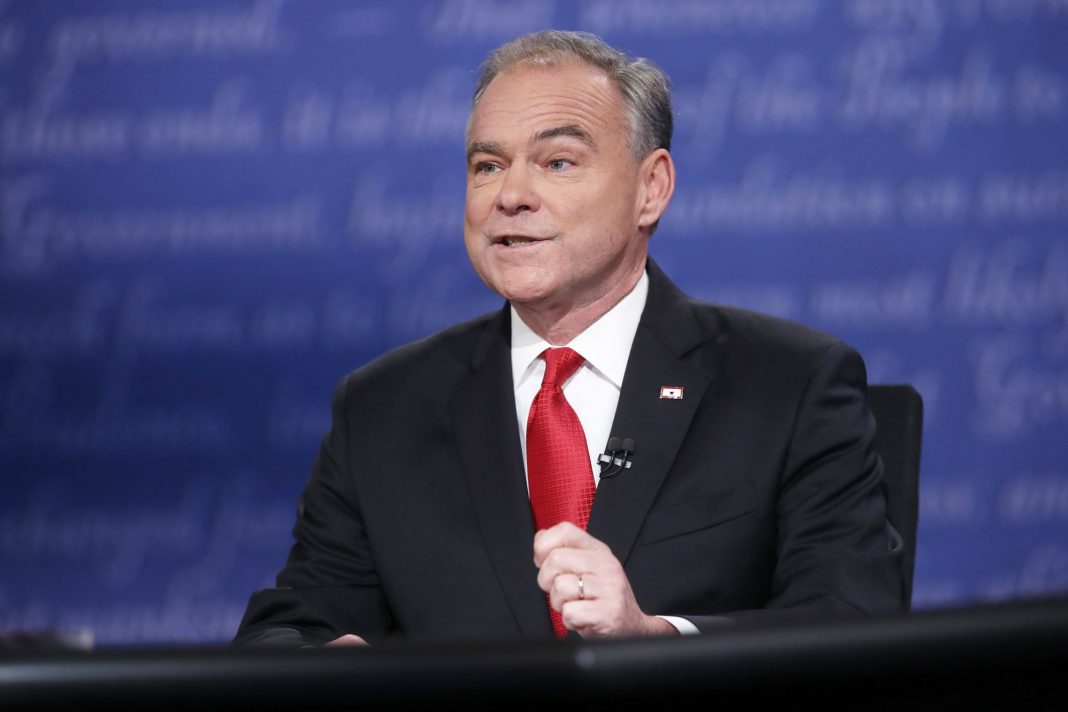 It is unsurprising when prominent Republicans advocate highly confrontational policies toward both Russia and the People’s Republic of China (PRC). Sen. Ted Cruz (R-TX), for example, stalled the confirmation of multiple presidential appointees for months until the Biden administration agreed to impose additional sanctions against Moscow because of the Nord Stream 2 gas pipeline. Former national security adviser and longtime neoconservative luminary John Bolton thunders that the United States and NATO must “stand up” to Vladimir Putin without delay – presumably even at the risk of nuclear war. Both Cruz and Bolton, along with Sen. Marco Rubio (R-FL) also push for hardline policies toward the PRC. Other leading GOP members of the Senate, such as Mitch Romney (R-UT), Josh Hawley (R-MO), and Rick Scott (R-SC), have led efforts to boycott the Winter Olympics in Beijing and increase Washington’s military support for Taiwan.

Somewhat less attention has been paid to hawkish Democrats that have adopted similar positions. Yet many of them are playing key roles in fomenting dangerously confrontational policies toward Beijing and Moscow. Sponsors of the boycott campaign, for example, include Sen. Tim Kaine (D-VA) and Senator Ed Markey (D-MA). Centrist Democrats are even more inclined to back belligerent measures to support Taiwan. Indeed, the bipartisan collaboration regarding Taiwan policy has reached impressive levels. When Rick Scott introduced the Taiwan Invasion Prevention Act (TIPA) in February, it has attracted noticeable bipartisan support. The TIPA proposed to give the president virtually a blank check to use U.S. military forces to defend Taiwan from an attack without any additional congressional authorization or even debate.

In an October 11 Washington Post op-ed, Rep. Elaine Luria (D-VA) praised the legislation as “a good starting point,” a comment indicating that she would like to go even further to defend Taiwan. She lamented: “We must have both the force with which to deter the Chinese and the legal authority to employ it. And right now, we do not.” Luria’s stance is no trivial matter, since she is the vice chair of the powerful House Armed Services Committee.

Democrats have played even more prominent roles in pushing for highly confrontational policies toward Russia. Representatives Adam Schiff (D-CA) and Eric Swalwell (D-CA), as well as House Speaker Nancy Pelosi, were among the earliest and most vocal proponents of the bogus Russia collusion allegations against Donald Trump. However, their actions did not merely reflect cynical partisan motives. They and a sizable number of their Democratic colleagues also have repeatedly argued that Moscow poses an existential security threat to the United States. It is not coincidental that they are especially strong advocates of US arms sales, security guarantees, and other measures to back Ukraine in that country’s ongoing disputes with Russia. And as in the case of policy toward China, they sign on to hardline policies that conservative hawks already are eagerly marketing.

Sen. Jeanne Shaheen (D-NH) recently coauthored a Washington Post op-ed with Sen. Rob Portman (R-OH) arguing that the United States needed to boost its support for Ukraine. Their fawning behavior over that increasingly autocratic US client was enough to induce nausea. “Seven years ago, in what Ukrainians call the Revolution of Dignity, the people of Ukraine stood up to their Russian-backed leaders and made a conscious decision to turn to the West.” That crude attempt at historical revisionism with respect to the Western-supported coup against Ukraine’s elected president was bad enough, but their policy prescriptions are even worse. “First, the United States must increase the military weaponry it sends to Ukraine,” the two senators emphasize. They adopt that position even while conceding that Washington already has provided $2.5 billion in security assistance to Kiev just since 2017. Nevertheless, “the United States must speed up the pace of assistance and provide antiaircraft, antitank and anti-ship systems, along with electronic warfare capabilities.”

Shaheen’s willingness to embrace such a dangerously hawkish policy says volumes about the views of centrist Democrats generally. Unfortunately, such militarism should not come as a surprise. That faction has for nearly three decades strongly backed regime-change and so-called humanitarian wars. Pro-war Democrats were among the most vocal proponents of the U.S.-led military interventions in the Balkans, Afghanistan, Iraq, Libya, and Syria. Hillary Clinton and Samantha Power were especially avid lobbyists for the missions in Libya and Syria, helping to trigger the ongoing chaos and mass suffering in those countries.

However, it is increasingly clear that members of the Clinton wing of the Democratic Party have moved beyond embracing such ill-advised “small wars.” Instead, they are willing to risk plunging the United States into potentially catastrophic confrontations with large, powerful adversaries. Given the congenital hawkishness of most Republican elected officials, the situation is extremely dangerous. Widespread, bipartisan support within the political establishment for reckless behavior against both China and Russia is now all-too-evident. Opposition to that perilous course must come from the handful of mavericks in Congress and from grassroots efforts to thwart the drive to war.

* Ted Galen Carpenter, a senior fellow in defense and foreign policy studies at the Cato Institute, is the author of 12 books and more than 950 articles on international affairs.