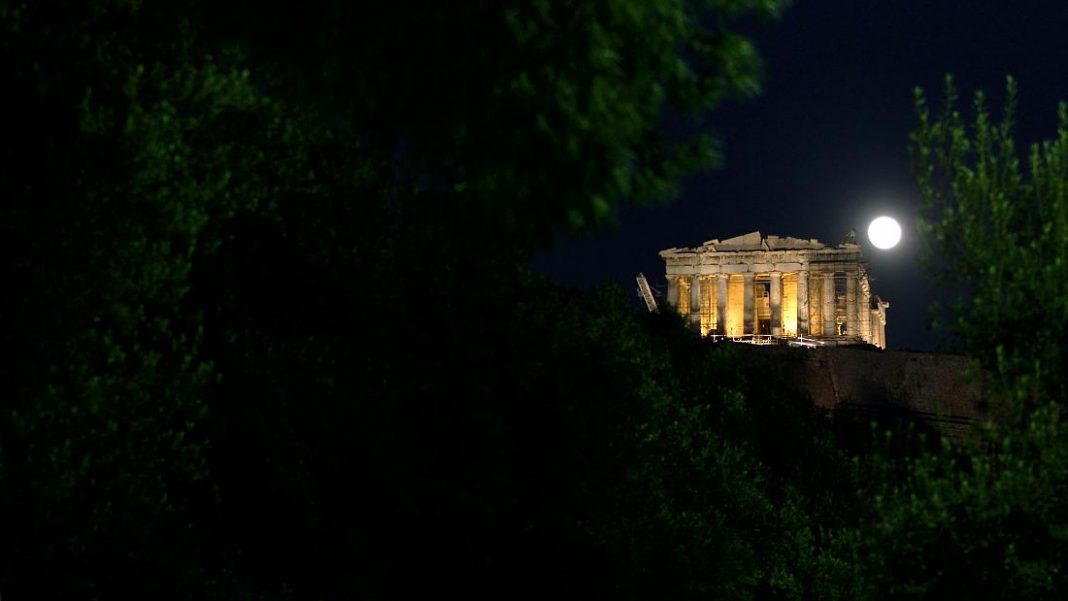 It’s fair to say that any monument that has stayed standing for over 2,000 years will have seen all manner of social activity in its time. And it’s clear that Greece’s world-famous Acropolis is no exception.

Utilized variously as a home for both gods and kings, the ancient monument has been a tourist attraction for centuries. One can imagine Plato and, before him, Socrates, climbing the historic crags to get to the monument, very often used as a religious center.

Cut to 2022, and Greece’s Culture Ministry has launched an investigation following the online release of a short film showing two men having relations at the ancient Acropolis in Athens that were far from Platonic.

Clothing in Ancient Greece was basic but functional. It normally took the form of an undergarment called ‘peplos’, and a cloak over the top which was known as ‘himation’. But neither of these were in evidence during a scene from a short film that has caused a furor in the present day.

The 36-minute movie, entitled “Departhenon” was released on 21 December but came to the attention of authorities in the first week of January.

No consent from the Culture Ministry

According to the Culture Ministry, no permission has been given for the Acropolis film shoot.

“The archeological site of the Acropolis is not suitable for any kind of activism or other activity which would cause offense and displays disrespect for the monument,” the ministry said in a statement.

The movie contains several explicit scenes involving male and female actors whose faces are not shown. The scene at the Acropolis shows two men having sex while standing in a circle formed by other actors. Visitors to the ancient site can be seen walking close by.

The makers of the film, who remained anonymous, described it as “artwork that is also a political action.”

Spyros Bibilas, the president of the Greek Actors’ Association, described the movie as shameful.

“You can’t do everything in the name of activism. In fact, I don’t consider this to be activism,” he told TV network Antenna. “As a Greek, I feel ashamed.”