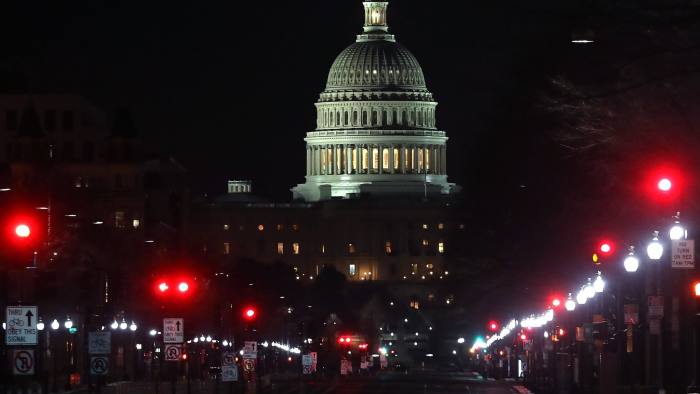 EDITOR’S NOTE (Nick Stamatakis): There was a lot of posturing after the Geneva meetings between US and Russia yesterday but the news came out today drip by drip… The DC establishment was given by the Russians about a week to accept or reject the Russian documents – i.e. security guarantees… Please do not get stuck in the details: it was an ultimatum from Putin… Is there still a chance for peace? Hope dies last, but the DC establishment lives in its “Lalaland” and their dreams of “a single superpower”…  The reality is very hard: Russia (and China) have already developed hypersonic missiles which can destroy aircraft carriers and everything else at a speed of 17 Mach (17 times the speed of sound) while the rats of DC were busy the last twenty years lining their pockets with taxpayer’s money… The US is at least two years behind in the development of these weapons.  Putin was very cynical in one of his interviews: It’s useless for the US to make and use aircraft carriers anymore…

Does anyone remember the episode of 2014 (I think) when the Russians destroyed Islamist targets in Syria with missiles fired from small size vessels in the Caspian Sea? Does anyone remember how fast the USS Theodore Roosevelt Carrier group left the Persian Gulf? It was quite speedy…

Nobody can argue that Putin didn’t give the “deep state” enough warning.  The deep state was and is happily sleepy in their “nirvana” and they never took notice… Now it’s too late for them to wake up and do something… We are hoping though that they will not lead the whole world in nuclear destruction to cover their dirty behinds…

Does Russia Understand She Is Dealing With Lunatics?

In advance of the January 10 meeting, Secretary of State Blinken and NATO functionary Stoltenberg stupidly reduced Russia’s Options to Two: Surrender or Use Force.

If these idiotic accusations were not enough, Blinken accused Putin of intending to restore the Soviet Union. It is impossible to understand how a person this stupid was confirmed by the US Senate as Secretary of State. The last thing the Kremlin wants is all the problems of all of these countries. All the Kremlin wants is that they be independent countries, not US puppet states armed against Russia. https://www.rt.com/russia/545516-russia-us-ukraine-ussr/

My take on the situation is that from foolish statements such as the above by Blinken and Stoltenberg and other ill-considered remarks from the White House and media, the Kremlin has concluded prior to Monday’s meeting (January 10) that Washington will not take seriously Russia’s security concerns. I think the Russians have come to the conclusion that the West will not take them seriously until the Kremlin demonstrates forceful action. The Russians are just giving diplomacy one last chance before they destroy the military installations that the US has built in Ukraine.

I came across this report from pravda.ru dated about a month ago (November 26) that Russian nuclear submarines were urgently sent to sea in a state of combat readiness. This does not mean that the Kremlin is preparing a nuclear strike. It is meant to forestall any stupid Washington response to Russian removal of perceived threats, just as the Israelis do routinely in their attacks on Iraqi, Syrian, and Lebanese territory.
https://english.pravda.ru/news/russia/149739-russian_submarine/

As I have reported on occasion, the Russians have had their fill of Washington and are not going to take any more.

My concern is that there is no one in the Biden regime or the decimated officer ranks of the US military that has five cents worth of intelligence. The people with their hands on US foreign policy are Russophobes with delusions of American omnipotence. Moreover, they believe their own propaganda, which prevents them from understanding the Russian view. I don’t know if the Kremlin is capable of imagining a government as lunatic as the American one. If the Kremlin does not understand they they are dealing with lunatics, the situation could quickly get out of hand.