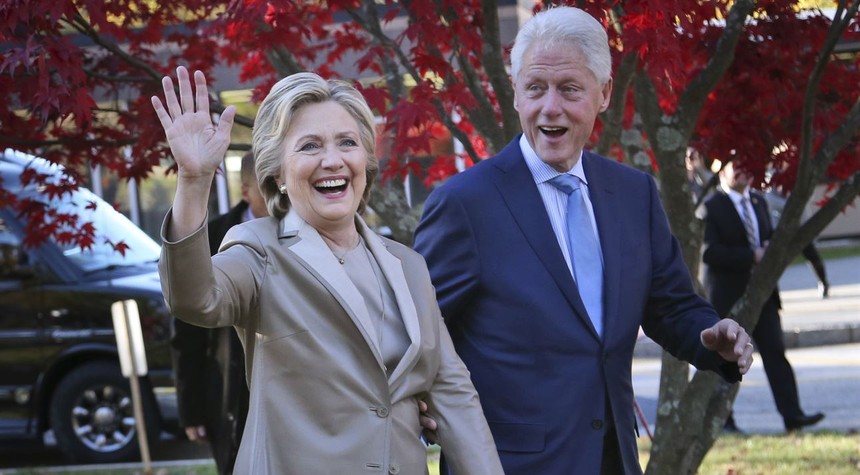 I know. Me, too. That is, shocked by a new exclusive report on the herculean efforts undertaken by the Clinton camp to hide philandering Bill’s “cozy relationship” with convicted pedophile Jeffrey Epstein when Hillary ran for president — including multiple trips to Epstein’s “Pedo Island.”

The “remarkable lengths” to which Team Hillary went, as reported by Daily Mail, to hide Slick’s escapades (sexcapades?) were understandable from the perspective of a ruthless woman who would — and damn near did — do virtually anything in her unabashed and insatiable quest for power. But, morally?

Never mind. When were the Clintons ever moral in their politics?

Anyway, now that “talk on the street” suggests two-time loser Hillary will once again attempt to scale the presidential mountain in 2024, how “unfortunate” that the issue of Willie’s relationship with his pal Epstein — and whatever it entailed — is again making headlines.

Toss in Epstein’s girl Friday Ghislaine Maxwell’s recent conviction on charges of sex trafficking and conspiracy to entice minors, and Prince Andrew being stripped of his military titles and official use of his “His Royal Highness” nonsense by Queen Elizabeth in light of a U.S. civil suit over sexual assault allegations with at least one minor on Epstein’s island — and this whole thing could not be more fun.

So back to Bubba Clinton. Here’s a bit of background, via Daily Mail:

The email came out of the blue one day in 2016. Almost a decade had passed since Miles and Cathy Alexander had left their jobs as residential managers of Little St James, Jeffrey Epstein’s private island in the Caribbean.

Since then, Epstein had been jailed — briefly — for pedophile offenses and the couple had retired to their native South Africa.

But now Darren Indyke, the disgraced tycoon’s attorney, was back in touch. The lawyer wanted the Alexanders to do something that would be of particular benefit to Hillary Clinton and her campaign to become the first female President of the United States, later that year.

It entailed them signing a sworn affidavit — which Indyke had already drafted for them — declaring they had never seen Senator Clinton’s husband, President Bill Clinton, at their former home: ‘Pedo Island’, as it had come to be known.

Virginia Giuffre, one of Epstein’s alleged “sex slaves” — who was also Prince Andrew’s alleged “girlfriend” on the infamous island — later said she met Clinton on the island and saw him in the company of two “young girls,” noted Daily Mail. According to court documents detailing a transcribed recorded conversation between Giuffre and one of her attorneys, Jack Scarola, she identified Clinton as “frolicking” with the girls and that he owed Epstein “favors.”

Scarola: “When you say you asked him why is Bill Clinton here, where was here?”

Giuffre: “On the island.”

Scarola: “When you were present with Jeffrey Epstein and Bill Clinton on the island, who else was there?”

Giuffre: “Emmy [another girl who was allegedly a regular at Epstein’s house], and there was 2 young girls that I could identify. I never really knew them well anyways. It was just 2 girls from New York.”

Scarola: “And were all of you staying at Jeffrey’s house on the island including Bill Clinton?”

Giuffre: “That’s correct. He had about 4 or 5 different villas on his island separate from the main house, and we all stayed in the villas.”

Hmm… who to believe… a grown woman who was recruited at a young age and used as a sex slave… or a longtime philanderer who took advantage of his powerful political positions — from the governor of Arkansas to the presidency of the United States? (Monica Lewinski was unavailable for comment.)

One of those “young girls” was apparently Chauntae Davies, seen below giving Slick a backrub. 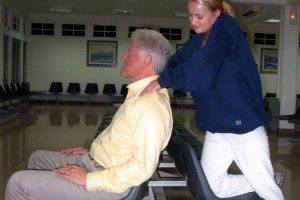 Whether or not any of Clinton’s encounters on “Pedo Island” were sexual remains unclear. However, given his “rich past,” it’s hardly a stretch to believe the seasoned veteran of sexual escapades didn’t fly to Epstein’s island more than once for backrubs. 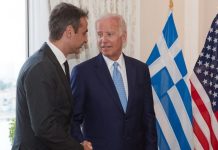 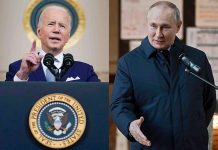