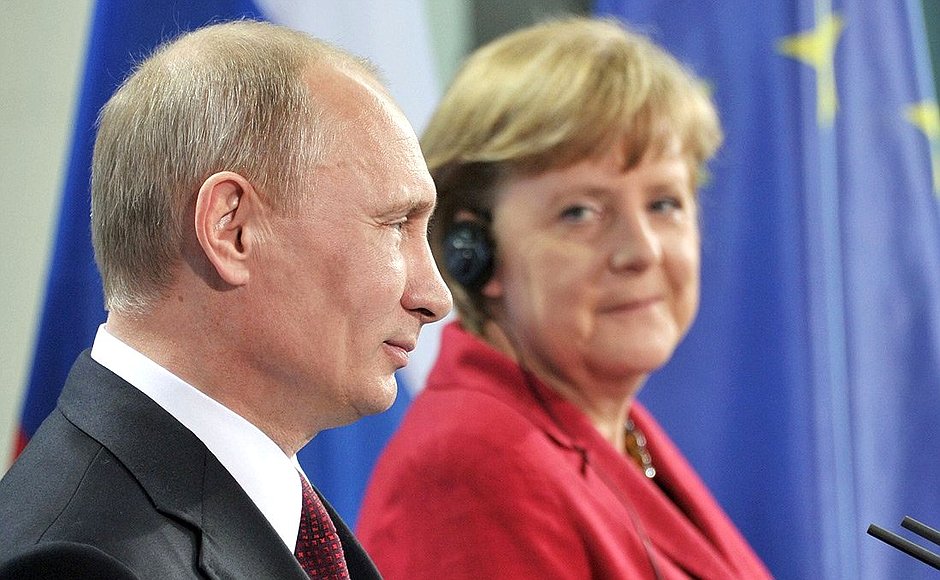 EDITOR’S NOTE (Nick Stamatakis):  Our “friends” of the “War Party” in Washington DC are suddenly feeling very lonely – and very stupid as they should… In the last couple of days, they realized that Russia does not need to use their very advanced missile and radar systems; The only thing they need to do is turn off the natural gas and oil spigots and they have achieved their goals in their entirety!.. Please follow the news below and you will see there is no chance on earth for Germany to agree on war over Ukraine and to any major sanctions!  Why? Because they know that if they follow the lunatics of DC, they will soon be left without an industry!… At the same time they are wondering if this is a hidden goal of the American “deep state”, i.e. to kill Germany and transfer their capitalists, scientists and industry over the Atlantic!… In America, we will have plenty of energy (when the next Congress or President takes over!)… Also do not underestimate the damage “Green ideology” has done to Germany (and Greece and other countries): Germany, by closing down nuclear plants and coal plants to accommodate the unscientific “climate change” ideology, is dependent almost solely on Russian energy!… They already have admitted the failure of the windmill technology – although they are still selling them to their “colonies” (one of them is Greece…)

After Germany made these anti-war announcements, Croatia, a NATO member, came out saying that their troops will NOT participate in any military action in Ukraine!…

The U.S. wants to impose harsh sanctions on Russia invades Ukraine. But the German government is putting on the brakes out of fears over the economic consequences and what punitive measures could mean for energy supplies for a country that gets much of its gas from Moscow.

To a certain degree, the visit was a conspiratorial one. No photo, no press release – and the first meeting was a small one. William Burns, the head of the CIA, first attended a meeting last week with German Chancellor Olaf Scholz and his chief of staff Wolfgang Schmidt at the chancellor’s behest. Later, they were joined by Bruno Kahl, the head of Germany’s foreign intelligence service, the BND, and staff members from Scholz’s Chancellery. The head of America’s foreign intelligence agency told them bluntly that if Russia attacks Ukraine, the pressure on Berlin to take a clear stand against Moscow will increase.

Despite the friendly tone among the participants, it was by no means an easy meeting. Germany and the United States have been far apart on the issue of Russia for the past several weeks. Burns brought a trove of intelligence with him on troop movements and sabotage units to convince Berlin of the U.S. view of the Russian threat.

Berlin has rejected calls to provide Kyiv with weapons in a week in which the U.K. and the U.S. reiterated their commitment to helping Ukraine’s military amid soaring tensions over a buildup of Russian troops by its border.

German defense minister Christine Lambrecht told the newspaper Welt am Sonntagthat there was “consensus in the federal government” that arms deliveries to Ukraine are “currently not helpful.”

Ukraine’s ambassador to Berlin, Andriy Melnyk, said this week his country needed vessels to defend its Black Sea and Sea of Azov coasts from a Russian invasion, telling German press agency DPA that German ships “are among the best in the world.”

Berlin (dpa) – The incoming leader of Germany’s conservative Christian Democratic Union (CDU), Friedrich Merz, has warned against suspending Russia from the international banking payment system SWIFT as a potential punishment for any Russian attack of Ukraine.

“Calling SWIFT into question could be an atomic bomb for the capital markets and also for goods and services,” he told dpa ahead of German Foreign Minister Annalena Baerbock’s scheduled visit to Ukraine and Russia on Monday and Tuesday. “We should leave SWIFT untouched,” Merz urged.

“I would see massive economic setbacks for our own economies if something like that happens. It would hit Russia, but we would be damaging ourselves considerably,” Merz warned.

Vice Admiral Kay-Achim Schönbach stepped down as the head of the German navy after publicly saying Crimea was lost to Ukraine and that Vladimir Putin “probably” deserved respect.

Germany faced a diplomatic incident on Saturday following comments made by Navy chief Kay-Achim Schönbach on Russian President Vladimir Putin and the Ukraine crisis. Schönbach stepped down from his position late on Saturday.

“I have asked Defense Minister Christine Lambrecht to relieve me from my duties with immediate effect,” Vice Admiral Kay-Achim Schoenbach said in a statement cited by the Reuters news agency.

“The minister has accepted my request,” he added.