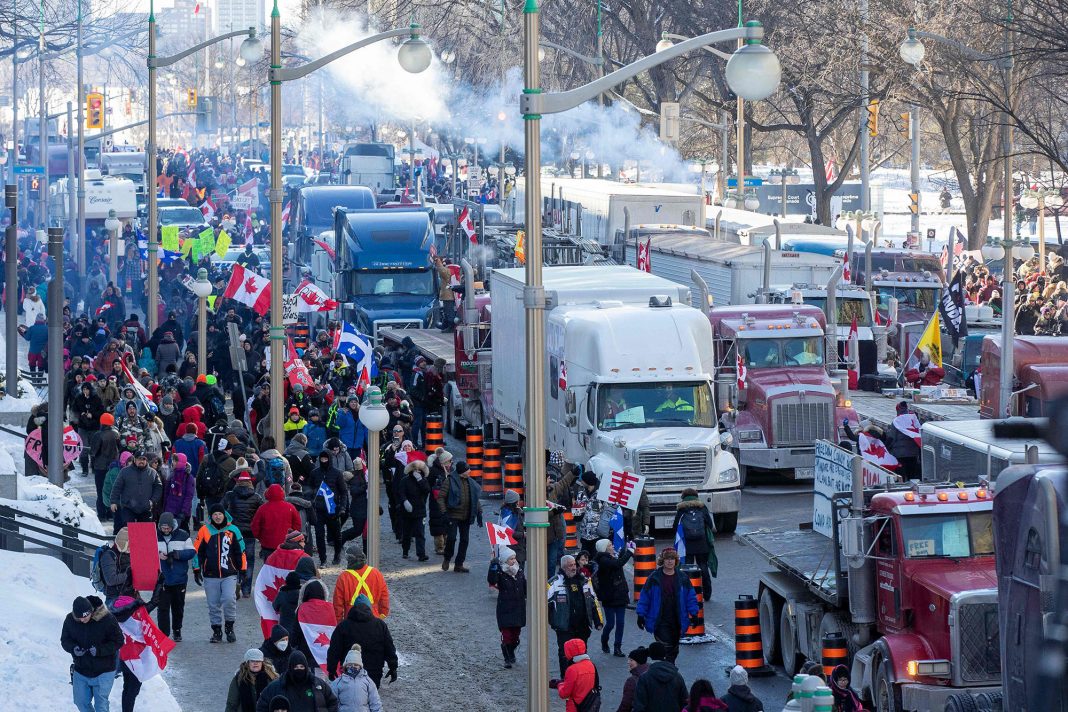 EDITOR’S NOTE (Nick Stamatakis): Many were surprised that the modern struggle for Freedom had started from truckers (in Canada and now in other countries) but not yours truly.  I had started listening to the conservative “beacon of freedom”, the Rush Limbaugh Show, about 25 years ago when I had to drive long hours for my business.  In the process, I realized that the most energetic part of the audience was the truck drivers who used to call in regularly with wonderful informative ideas and clearly were showing all the powerful arguments of conservatism.  The truck drivers are mostly independent owner-operators who own their rigs, in other words, they are small business owners; then they travel constantly to all parts of the country and they listen to all kinds of people – they do not need any polls to get the sentiment of the public…  They are the natural leaders of the freedom movement…

BELOW IS THE FREEDOM CONVOYS NEWS FROM CANADA, AUSTRALIA, NEW ZEALAND

A convoy of Canadian truckers and their supporters rolled into the nation’s capital city of Ottawa Saturday to protest Prime Minister Justin Trudeau’s COVID-19 vaccine mandates.

The so-called “Freedom Convoy” started as a protest against a vaccine requirement for cross-border truckers, but grew into a mass demonstration against the Canadian government over other coronavirus regulations.

Dozens of trucks were lined up in front of the Parliament buildings Saturday morning, blowing their horns while thousands of people gathered peacefully on snow-covered lawns. By the end of the day, about 2,700 trucks were expected, a federal government source told Reuters.

Few wore masks, but many sported balaclavas as the temperature with windchill hit -6 degrees.

On Friday, some protestors got an early start; dozens of vehicles blocked the roads in front of the Parliament buildings while loudly honking. Many carried Canadian flags and “F–k Trudeau” banners.

Trudeau and his family left their home in downtown Ottawa due to security concerns, the CBC reported.

On Friday, the prime minister told the Canadian Press he was concerned the protest would turn violent, but said the convoy represented a “small fringe minority” who “do not represent the views of Canadians.”

A day earlier, a top official overseeing security for Canada’s House of Commons fired off an email warning members of Parliament to “go somewhere safe” and hide if they witness demonstrations near their residences or offices, CTV News reported.

“Avoid physical altercations, even if provoked, close and lock all exterior doors, advise the local authorities … [and] refrain from posting anything related to the demonstration on social media,” Sergeant-at-Arms Patrick McDonell cautioned MPs.

Trudeau announced a vaccine mandate for federal workers in October, and last month both Canada and the United States imposed one for cross-border truckers.

The protests have drawn support from some Conservative lawmakers who oppose vaccine mandates in both the US and Canada and others including Tesla founder Elon Musk and Donald Trump Jr.

The Canadian Trucking Alliance, which represents 4,500 carriers, opposes the protest.

About 90% of Canada’s cross-border truckers and 77% of the population has had two shots, Reuters reported.

Truckies set to swarm to Canberra to protest mandates and restrictions 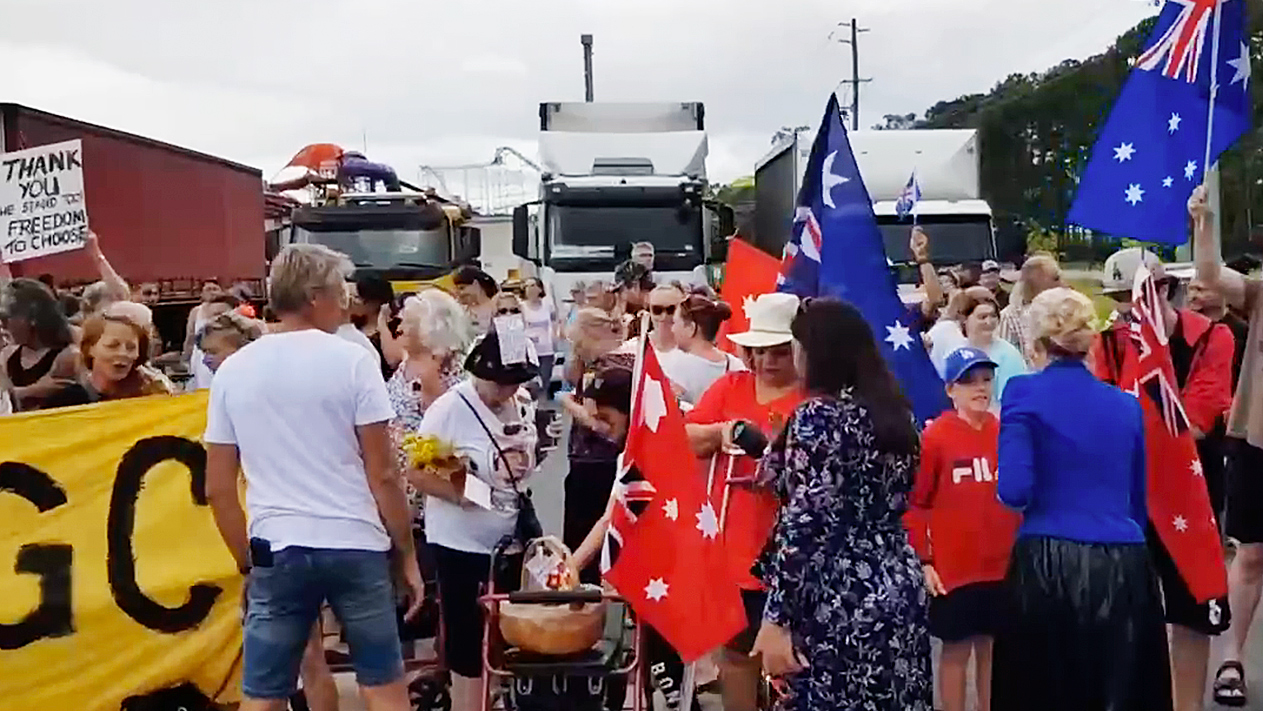 Convoy from the Gold Coast prepares for the journey / Telegram.

Australian truck drivers are planning a ‘Convoy to Canberra’ to protest Australia’s vaccine mandates and harsh restrictions forced upon communities across the country throughout the Covid-19 pandemic.

Truckies plan to meet in cities in Victoria, New South Wales, South Australia and Western Australia before making their way to the nation’s capital.

The convoy is planned to arrive at Parliament House at 10am on Monday.

The development follows on from the trucker convoy happening in Canada where a huge convoy is making its way to Ottawa to protest Prime Minister Justin Trudeau’s cross-border vaccine mandate.

While the mainstream media has done its best to ignore the enormous number of protesters making their way to the capital, the truckers have won support from personalities like Elon Musk who has spoken out in support of their cause.

Thousands of users on the Telegram messaging app are organising state-specific groups to coordinate the routes to Canberra.

Users on the platform also shared images and videos of groups of truckies gathering and preparing their cabins for the long haul.

While truckies are the main focus of the action, a diverse range of users from all walks of life in the Telegram groups cited a range of motivations for participating, such as losing their jobs to strict mandates to small business owners who were forced to shut up shop.

Some in the groups are planning to drive cars and motorcycles to be a part of the push to put pressure on the nation’s politicians to ease its restrictions and segregation enforced through mandates. A convoy of trucks heads into Wellington in a protest against increased road user charges, in July 2008. When the government announced the rate hike, 4,500 truckies took to the road to protest, driving into cities and towns across New Zealand during the morning rush hour. The action prompted a government review of the charges.