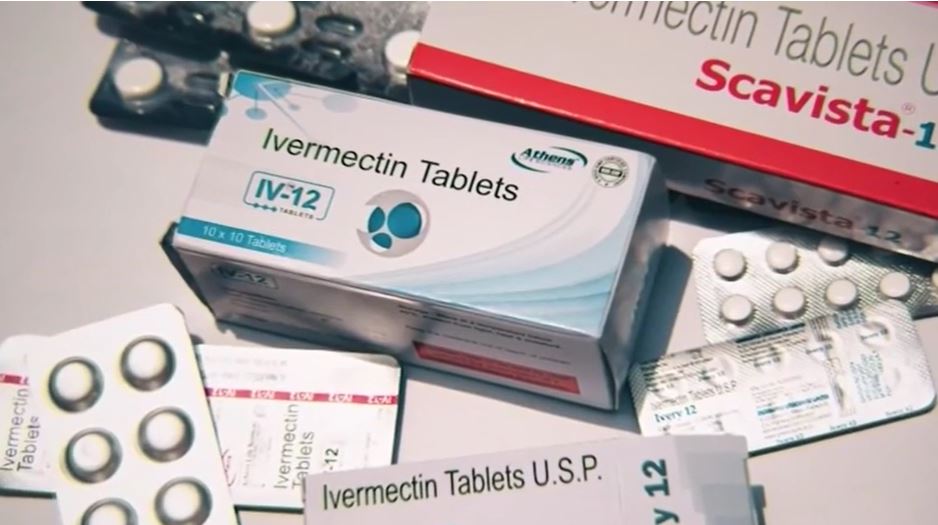 EDITOR’S NOTE (Nick Stamatakis): The most insulting issue during these two years of the pandemic was the abuse of the term “science” and “scientific” by corrupt bureaucrats and also by religious leaders – especially those less than mediocre in theology like Pat. Bartholomew and AB Elpidoktonos: in theology they are mediocre and faith they lack, but they want to tell the rest of us to follow the “science”…  But now real science proves their ignorance and/or their lies…  After the success in Uttar Pradesh in India in using ivermectin (with a combination of other treatments) to eliminate – yes, eliminate! – covid-19, now the Japanese pharmaceutical company Kowa Ltd. proved the antiviral qualities of the drug.  In this respect, New Hampshire lawmakers are 100% right to introduce legislation to make it available over the counter! (you can read the news below).

The other major insult to our intelligence in the US was the complete lack of acknowledgment of natural immunity after one has recovered from covid while in the EU they do it officially in their (disgusting…) covid passports (link here). Here in America, we are still in the Dark Ages as far as the “science” of  natural immunity is concerned. Question: When Will “Dr.” Fauci will be fired? Better yet, when will he stand trial for criminal negligence?

The company, which has been working with Tokyo’s Kitasato University on testing the drug as a potential treatment for COVID-19, did not provide further details. The original Reuters story misstated that ivermectin was “effective” against Omicron in Phase III clinical trials, which are conducted in humans.

Clinical trials are ongoing, but promotion of ivermectin as a COVID-19 treatment has generated controversy.

Prominent vaccine sceptic Joe Rogan, whose podcast on Spotify has prompted protests by singers Joni Mitchell and Neil Young, has long stirred controversy with his views on the pandemic, government mandates and COVID-19 vaccines.

Rogan has questioned the need for vaccines and said he used ivermectin.

The drug is not approved for treatment of COVID-19 in Japan, and the U.S. Food & Drug Administration https://www.fda.gov/consumers/consumer-updates/why-you-should-not-use-ivermectin-treat-or-prevent-covid-19, the World Health Organization, the EU drug regulator and Merck, which makes the drug, have warned against its use because of a lack of scientific evidence that it has therapeutic effect.

In guidance on its website dated September 2021, the FDA noted growing interest in the drug for preventing or treating COVID-19 in humans but said it had received multiple reports of patients who had required medical attention, including hospitalisation, after self-medicating with it.

The use of ivermectin to treat COVID-19 is currently being investigated in a UK trial run by the University of Oxford. The researchers said on Monday that it was still under way and they did not want to comment further until they have results to report.

Bill would make it easier to obtain ivermectin in New Hampshire

Lawmakers in Concord are trying to make it easier to obtain the drug ivermectin, which some believe can fight COVID-19.

House Bill 1022 would allow pharmacists to dispense the drug by means of standing orders.

Food and Drug Administration officials said there is no data that shows the anti-parasitic drug is effective against COVID-19.

Multiple medical experts testified against the bill on Tuesday.

“I’d like to believe the standard of care here in New Hampshire is that a patient could get a prescription for ivermectin, off-label, as long as that patient ideally gets put into some clinical trial, whether it’s a drug company or whether it’s an academic institution like Dartmouth,” said Dr. Nick Perencevich, a retired general surgeon.

The bill is in committee but is expected to go to a House vote in the weeks ahead.