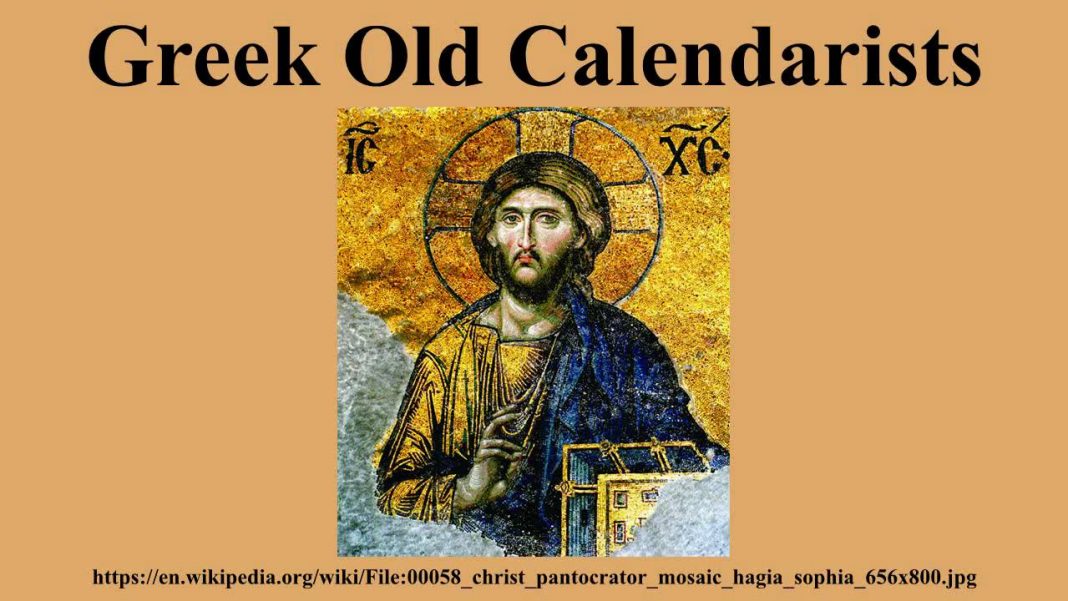 EDITOR’S NOTE (Nick Stamatakis): For years we have been warning about the dire consequences of the involvement of the – worst Patriarch of modern times – Bartholomew in the geopolitics of Ukraine (AB Elpidoktonos is equally liable as he chose to write a geopolitical essay on Ukraine months before he was elected to the throne).  The Russians, known for their patience but also for their unique ability to not ever forgive their adversaries, who, history shows, they always paid back in kind, have now decided to act: Exarchate in Africa, Exarchate in Turkey, Exarchate in Greece, and (probably) soon in Cyprus.  The U.S. with a small but significant Old Calendarist Greek Church will not be far behind.  Let me note here that the two Old Calendar Churches in Astoria, New York (St.Markella and St.Irene Chrysovalantou) are packed to the brim every Sunday, while St.Demetrios and St.Ekaterini, plagued by scandals and corruption and, above all, the flawed leadership of AB Elpidoktonos) are empty…  In fact, in the US, the Russians, already connected to ROCOR and OCA, have an ample variety of choices…

Nevertheless, I have to underline my doubts on why the anti-vax Orthodox would want to come under Moscow: The Russian Patriarchate, and particularly Met. Hilarion, follow equally demanding policies on vaccination…

BELOW IS THE NEWS FROM TWO DIFFERENT SOURCES

The Greek bishop believes that the creation of structures of the Russian Church in Africa, Greece and Turkey was planned for 30 years.

Metropolitan Gregory of Peristeria of the Greek Orthodox Church said that the Russian Orthodox Church is preparing to create its structures in Greece and Turkey, Orthodoxia.info reports.

According to him, “the problem with the Russian Church goes far beyond the invasion of the canonical territory of the Patriarchate of Alexandria, since, as everything indicates, this step (the creation of the Exarchate of the Russian Orthodox Church in Africa – Ed.) is only the beginning.”

He believes that “the actions of the Russian Church repeat what happened in the previous millennium on the part of Rome, which caused a deep split in the ranks of the Christian world.”

“What they are doing in Africa, they will do in the territory of the Ecumenical Patriarchate and the Church of Greece. We can expect this from day to day,” assures Metropolitan Gregory.

The hierarch also thinks that the “Ukrainian issue” is an excuse, rather than the reason, and “all these actions were planned in Moscow for three decades.”

Earlier, the UOJ wrote that, according to Metropolitan Hilarion (Alfeev), by creating the Exarchate in Africa, the Russian Church did not invade the canonical territory of the Patriarchate of Alexandria, but responded to the requests of the African clergy.

Russian “exarchate” in Greece with anti-vaxxers and old calendarists

Si vis pacem, para bellum or as we say in Greek “if you want peace, prepare for war”. The Latin saying has been in practice in recent months on the Ukrainian-Russian border.

“The Russians will not stop in Constantinople,” point out Greek Metropolitans who have studied in depth the movements of the Russian Church.

The plan of the Moscow Patriarchate is to “press” in all areas of the SE Mediterranean and the Middle East, according to informations analyzed by the competent departments and the Greek Ministry of Foreign Affairs.

The Patriarchate of Jerusalem is friendly to Moscow as it does not want to lose the support of the Russians. “For reasons of survival,” as the Patriarch of Jerusalem has stated to his own people.

In Turkey, in the heart of the Ecumenical Patriarchate, the Russians want to enter for reasons – mainly – of semiotics. The Russian plan envisages also the “invasion” in Cyprus through Metropolitans who are close to the Russian Church.

Many of the Bishops and parishes never agreed with the choice of the Archbishop of Cyprus Chrysostom to support Phanari and to recognize the Autochephaly of the Church of Ukraine. A move that angered the Moscow Patriarchate and the Kremlin.

The continuation of the Russian plan envisages the establishment of a Russian “exarchate” in Greece. An “exarchate” that can count, according to rough estimates, even 400,000 members!
Christian communities that can recognize the Moscow Patriarchate as the highest ecclesiastical authority, are many of parishes and Metropolitans that follow the old calendar. Support from the financially strong Moscow Patriarchate will not leave them indifferent.

The Metropolitans of the Church of Greece (Mesogaia, Corfu) and specific Monasteries of Mount Athos have also shown that they are attracted to Russia’s positions. They obviously support the official Church, but in private discussions, they adopt the positions of the Russian Church.

In addition, Metropolitans of Thrace have sounded the alarm bell informing the Holy Synod of the Church of Greece. In their areas, thousands of anti-vaxxers may be cut off from the body of the official church and “adopted” by the Russians, they claim, recognizing the Moscow Patriarchate as the highest ecclesiastical authority

It is not accidental, they note that many Christians of Pontic origin who adopt anti-vaccinal rhetoric, identify themselves more with the position of Moscow. Groups that can easily get close to the Russian Patriarchate, say Metropolitans.

The Greek Ministry of Foreign Affairs is carefully observing the movements that are evolving on the church chessboard in the SE Mediterranean.

Also, senior officials at the Ministry of Foreign Affairs, are deeply worried with the information about the monasteries of Mount Athos that maintain excellent relations with the Russian Church and through “institutions” they finance -with vast financial resources- ecclesiastical websites that strengthen the position of the Russian Church against the Ecumenical Patriarchate.

Sources from the Phanar, say that they have even created a church web channel with hourly news and expensive TV productions. The Greek Prime Minister K. Mitsotakis and the Minister of Foreign Affairs Mr. Dendias have already been informed by Archbishop Ieronymos and Metropolitans about the “Russian” invasion in Greece and the repercussions this could have for the country.