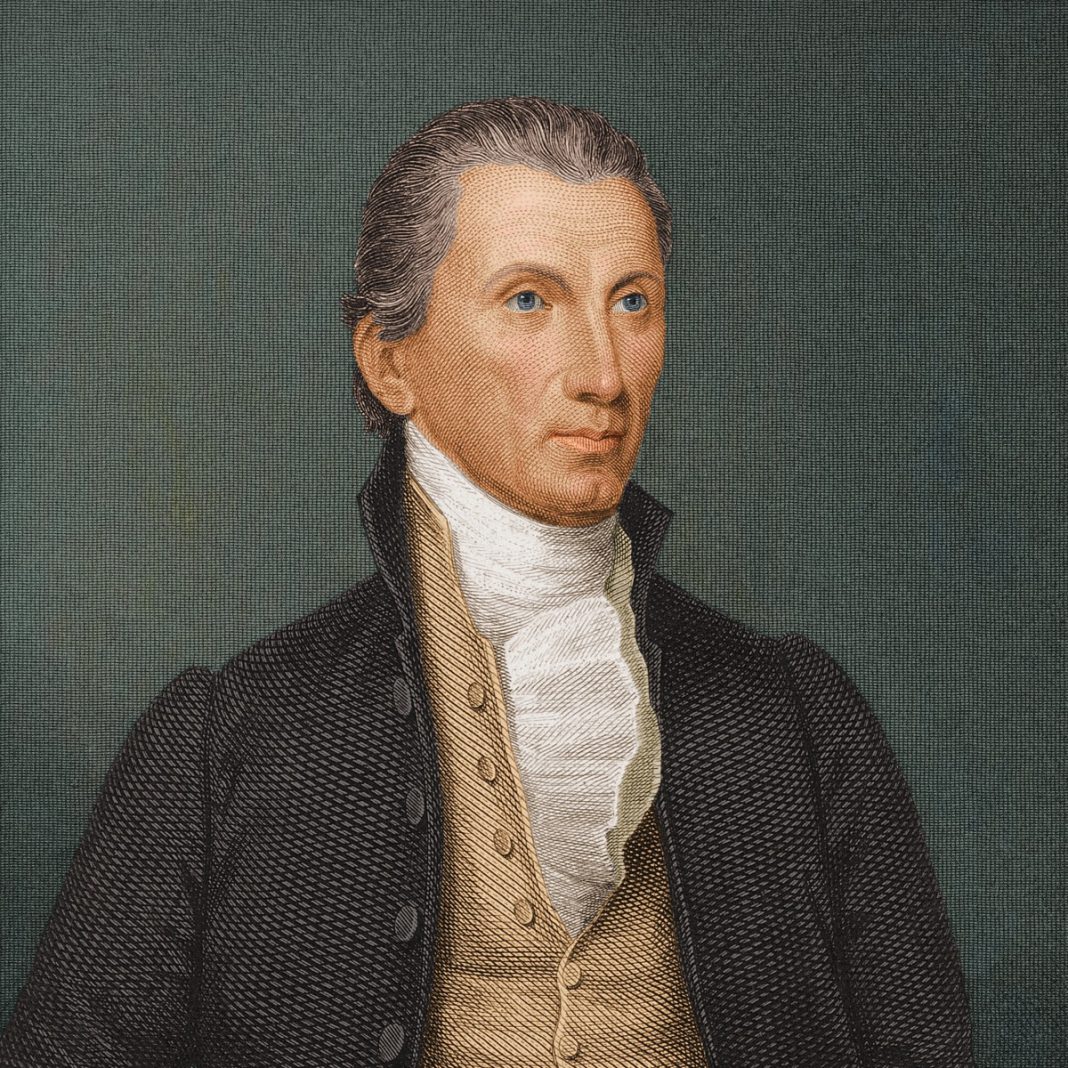 PHOTO: Picture of James Monroe – American statesman, lawyer, diplomat and Founding Father. Fifth president of the United States (1817 to 1825). A member of the Democratic-Republican Party, and the last president of the Virginia dynasty; his presidency coincided with the Era of Good Feelings. (Naci Yavuz/Dreamstime.com)

When the Union was fighting to preserve itself in the Civil War, the France of Napoleon III moved troops into Mexico, overthrew the regime of Benito Juarez, set up a monarchy and put Austrian Archduke Maximilian von Habsburg on the throne as Emperor of Mexico —one month before Gettysburg.

Preoccupied, the Union did nothing.

At war’s end, in 1865, however, at the urging of Gens. Ulysses S. Grant and Gen. William Tecumseh Sherman, the Union sent 40,000 troops to the Mexican border.

Secretary of State William Seward dispatched Gen. John Schofield to Paris with the following instructions: “I want you to get your legs under Napoleon’s mahogany and tell him he must get out of Mexico.”

The U.S. troops on Mexico’s border convinced Napoleon to comply, though Maximilian bravely refused to leave and was captured and put before a firing squad.

The point of the episode for today’s crisis in Ukraine?

Whether Russian President Vladimir Putin intends to send his 100,000 troops now on the Crimean, Donbass and Belarusian borders of Ukraine into the country to occupy more territory we do not know.

But the message being sent by the Russian army is clear: Putin wants his own Monroe Doctrine. Putin wants Ukraine outside of NATO, and permanently.

If his demands are unacceptable, Putin is saying with his troops on the border, we reserve the right to send our army into Ukraine to protect our vital national interests in not having a hostile military alliance on our doorstep.

U.S. officials have been describing a Russian invasion as “imminent,” an attack that could come “any day now.”

Given the Russian preparations and size of its forces, some U.S. officials said last week Kyiv could fall within hours of an attack and there could be 50,000 civilian casualties and 5 million Ukrainian refugees.

Ukrainian leaders are less alarmist, arguing that an invasion is not imminent and there is still room for a negotiated settlement.

Russian officials are contemptuous of U.S. claims that they are about to invade.

Last weekend, Russia’s deputy ambassador to the UN tweeted, “Madness and scaremongering continues. . . .  What if we would say that U.S. could seize London in a week and cause 300k civilian deaths?”

Should Russia invade, and go beyond what President Joe Biden earlier called a “minor incursion,” the event could be history-changing.

A major invasion would trigger automatic and severe sanctions on Russia, crippling European economies on both sides of the conflict and forcing Putin to take his country more fully into a Eurasian alliance with China.

Yet, ultimately, it is China, not the U.S., and not NATO, that is the long-term threat to Russia. Neither we nor Europe have any claims on Russian territory.

But China, with an economy 10 times the size of Russia’s, and a population 10 times as large, has historic claims on what are now Russian lands north of the Amur and Ussuri rivers.

Russians living in Siberia and the Far East are far outnumbered by scores of millions of Chinese just south of the border.

These Russian lands are rich in the resources China covets.

The two nations came close to war over these borderlands in the late 1960s.

To return to the analogy of the U.S. waiting for the right moment to force France out of Mexico, China and Russia both now appear stronger, more united, more assertive and more anti-U.S. than either was at the turn of the century.

Russia is now demanding to have its borderlands — ex-Warsaw Pact nations and ex-Soviet republics — free of NATO installations and troops.

Half a dozen ex-Warsaw Pact countries and three USSR republics — Lithuania, Latvia and Estonia — are members of NATO.

China, with an economy and military far larger than at the turn of the century, is also becoming more assertive about its land claims.

These include claims against India in the Himalayas, against half a dozen nations on the South China Sea, including our Philippines ally, against Taiwan, and claims to the Japanese-controlled Senkaku Islands.

The combined strength and reach of Russia and China are growing, while the U.S., post-Afghanistan, is facing challenges to its resources that it seems increasingly strained to meet.

Russia has marshaled an army estimated at between 127,000 and 175,000 troops in a few months, just across the border from Ukraine, while the U.S. this weekend sent 3,000 troops to Rumania, Germany and Poland.

Where is the deterrent here?

Again, Putin’s demands that ex-Warsaw Pact countries and Soviet republics be kept free of NATO installations, and that the enlargement of NATO end, if agreed to, would leave Ukraine, Georgia, Moldova and Belarus permanently outside.

But if Moscow is going to push to remove NATO forces from its borderlands, this means an endless series of diplomatic-military clashes or a U.S. recognition of a Russian sphere of influence where NATO does not go.

In short, a Putin Monroe Doctrine.