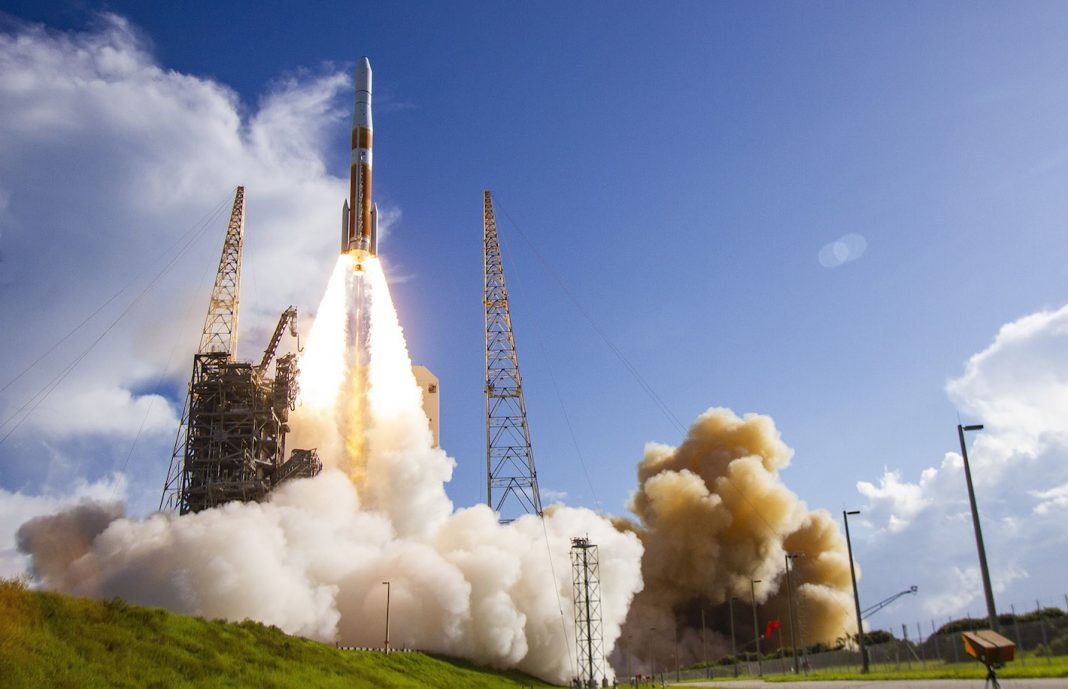 EDITOR’S NOTE (Nick Stamatakis): By now most of our readers – and most interested Americans – are familiar with America’s lack of hypersonic missiles. I was talking to a friend the other day, an engineer who happens to work right in this field, and he explained to me an amazing fact: US companies (Lockheed Martin mostly) have managed so far only 4 tests of these missiles – all failed. China, by comparison, has over 100 tests and Russia, the leader in this type of weaponry, is probably already testing the next generation.  Russia in particular has extremely advanced anti-missile defenses and radar systems, that have already proven their value in Syria and elsewhere.

In the following article, you will be surprised to see that not only in missile technology but in many other fields this country has done next to nothing for the past 20 years and our military is mostly able to fight in the sandboxes of the Middle East but unable to stand up to Russia or China…

As we all have, I have been watching the impressive Russian ground forces arrayed to invade Ukraine from three sides. Some comments after consultation with a good friend in the Marines:

Upon due consideration, it might have been unthoughtfully wise to not place our military in harm’s way simply because it would have its clock handed to it. Our military, particularly the Army, is tailored for the 20-year war in the Sandboxes-not a Peer conflict.

Of equal import is that all the doctrine, tactics and professional skills are on the Sandbox model. None of our uniforms have had any experience in fighting Peer-Peer.  We went into Korea and Vietnam with a goodly amount of leaders in both officer and NCO ranks who had such experience and could both adapt and train to the threat level required. That no longer exists.

We are also grossly dependent upon sophisticated comms and satellite systems that probably would not exist after the first round. (Sidebar: Find a Lieutenant that can read a map and land navigate with only a compass and paper map.)

Our land units-small units (squad-company/team), the cutting edge and only true maneuver elements, are not trained to operate in isolation from higher.  The trained ability to make crucial decisions absent guidance and control does not exist. NTC and JRTC routinely proves that.

Unfortunately, we are not even close to being a peer force compared to the Russians less nuclear weapons. Consider the following as today’s state of military capabilities:

We removed our relatively competent heavy forces in Germany and cannot replace them in less than six months if that and that is with the acquiescence of German which is problematical-The EU has to ask in its heart of hearts: Do we want a US-Russia conflict on our land?

Our ready to go 82d, Ranger Regiment and JSOC forces are completely inappropriate for use against Russia except under the most select of circumstances with minimal to no capability to be a game changer. And casualties are virtually irreplaceable in a timely manner. (Sidebar: The 173d is required to deploy only with NATO approval. If it deploys on an independent operation, the Italians have threatened to bar its return.)

Tough to get a carrier into the Black Sea and it would be a new reef very quickly. Concurrently, POMCUS/heavy force lift ships in sufficient quantity to lift a brigade do not exist other than in converting commercial RO/RO’s.

A robust F35 structure does not exist in Theatre nor are there sufficient heavy lift aircraft to make a dent in reinforcement requirements.

The US has NONE in the US Army, and the other Services have NONE OTHER THAN sea-launched and air-launched conventional, low flight level, subsonic cruise missiles. NO long range, land-based, conventional ballistic missiles in the US Armed Forces. How did this happen?

The US National Military Strategy is as much a defense industry-driven wish list of combat systems they want to build, as opposed to a threat-defeating strategy based on US Ground Forces out-matching our peer military adversary.  Russia, for example, has many hundreds (if not thousands) of state-of-the-art missile launchers, tens of thousands of missiles (plus the Zircon that flies at Mach 6-9 – hypersonic speeds), as well as a full suite of tailored, target appropriate warheads, at multiple throw weights that can be selected based on the target to be attacked. We – the US – have ZERO such weapons.

The US has a few hundred (aged) MLRS and HIMARS multiple rocket launchers in the entire US Army and a couple of dozen in the Marines. BUT, their ranges in distance, numbers of launchers, and throw weights are a minuscule fraction of the hundreds of launchers and thousands of rounds in Russian battle groups. The US never converted the US Army’s Pershing family of battlefield missile systems to conventional warheads from their IMF-directed destruction of the nuclear warheads on the Pershing One and Pershing Two missile bodies. While the Russians and Chinese advanced their development and procurement of advanced surface-to-surface (200 to (+/-) 1,000-mile range), non-nuclear missile systems, the U.S. disestablished the Army’s long range missile commands and stopped development and procurement of peer defeating systems. This month, the US Army had a Eureka Moment announcing the establishment of a long-range fires command; BUT – hold your applause – -that’s only the establishment of the HQ, not standing-up any systems of long-range launchers, or missiles or control systems, as the US Army doesn’t have any. Note: the US’s MLRS and HIMARS Systems top out at about 120-mile range for the very few, extended-range variants. The vast majority are in the roughly 29 to 48-mile range.

From having peer threat-capable and numerous ground units and AD systems in the US Army’s inventories during the Cold War, that capability has since been dramatically reduced in the US Army to largely shoulder-fired systems, plus three Stryker or Humvee-mobile AD battalions equipped with, at a ready state, 4-AD missiles and 1-25 mm Chain Gun, per vehicle. The Marines have no AD battalions; they removed the ones that they had in the Marine Air Wings in the 1990’s.  Shoulder-fired AD Systems are the Marines only ground-based AD.  Why are the US Armed Forces so ill equipped?  They spent twenty years focused on counter insurgency operations against enemies that lacked offensive aviation assets that would call for US AD units employed in opposition to them. At the opposite side of this scale, the Russians ground forces have huge numbers of modern, armor protected mobile AD systems, as well as shoulder-fired AD capabilities, in units at and above battalion levels.

a.  These are just three areas of gross US national defense neglect. There are a dozen more. Just consider the paucity of US Army ground force Electronic Warfare, Cyber, Deception, Cavalry, Mechanized Division-Level units with lethal, mobile, armor protected manned weapon systems with their own, integrated supply and logistics support.

·         Other than the US Army’s 2nd Armored Cavalry Regiment, and three Stryker brigade combat teams, there are none.

·         The US Marines, our fire brigade along with the 82d, are less capable of combined arms engagement today than at any time since the 2003-14 Iraq War, as to the Marine Corps:

It has no tank units (that’s not a misprint: USMC = ZERO Tanks)

The most lethal, armor protected mobility systems are the Marines 40-year-old, light armored vehicle-equipped, reconnaissance battalions (LARB’s). But even these lack tank-killing, direct-fire weapons or threat-defeating protective armor.  The LARB’s have no air defense, NBC and EW variants (these were mothballed from Marine FMF units 20-30-years ago).

b.  On the other side of the threat comparisons, and in apparently “combat ready” status in Europe, the Russian ground forces have trained and equipped combined arms forces at numbered Corps and even titled Army levels with their own tanks, infantry fighting vehicle (IFV’s), self-propelled armor protected artillery, rocket/missile battalions, EW, logistics, chemical and biological warfare units, as well as attack and transport fixed wing and helicopter units with linked/secure communications systems (to and from) aircraft to company level ground combat systems to titled army levels (2nd Guards Army, 3rd Shock Army, etc.). On the bright side, there appears to be no evidence of the Russians deploying Operational Maneuver Groups (OMG) near Ukraine, but such units could be task-organized from Corps or Army assets under an OMG command group.

c.  The G. W. Bush, Obama, Trump and Biden Administrations, the US Department of Defense, and our Congress have been derelict in their duties to provide America with ready and peer defeating ground combat unit capabilities.  Rather – we have a ground combat armed force so woefully ill-equipped to fight and win against our peer level threats, such as Russia, that the National Strategy/Policy question is: What they have been focusing on, if not such a vital national military capability? A safe bet would be that one or all of these are their exclusive focus (es): Domestic politics? Their re-election? Increasing their personal celebrity and wealth? Not their concerns or interest?

d.  Apparently, current and past US Administrations, the US Department of Defense, nor our Congress have Defense Capability and Continuity Offices with the job of ensuring that the US Armed Forces retain a peer threat defeating advantage in ground combat systems and units.   Or if they have, they are so far down in the basement as to never see daylight.

e.  The Russians will employ this impressive force to invade across Ukraine’s borders. Our DOD and Armed Forces Lessons Learned offices are about to see how far our ground combat forces are from being fully capable of defeating a Peer, such as the Russians will use imminently.

f. Biden did DOD and the Nation a great favor, albeit inadvertently, by avoiding any armed conflict with Russia. We now have time to fix what’s broken but will we actually get to it?