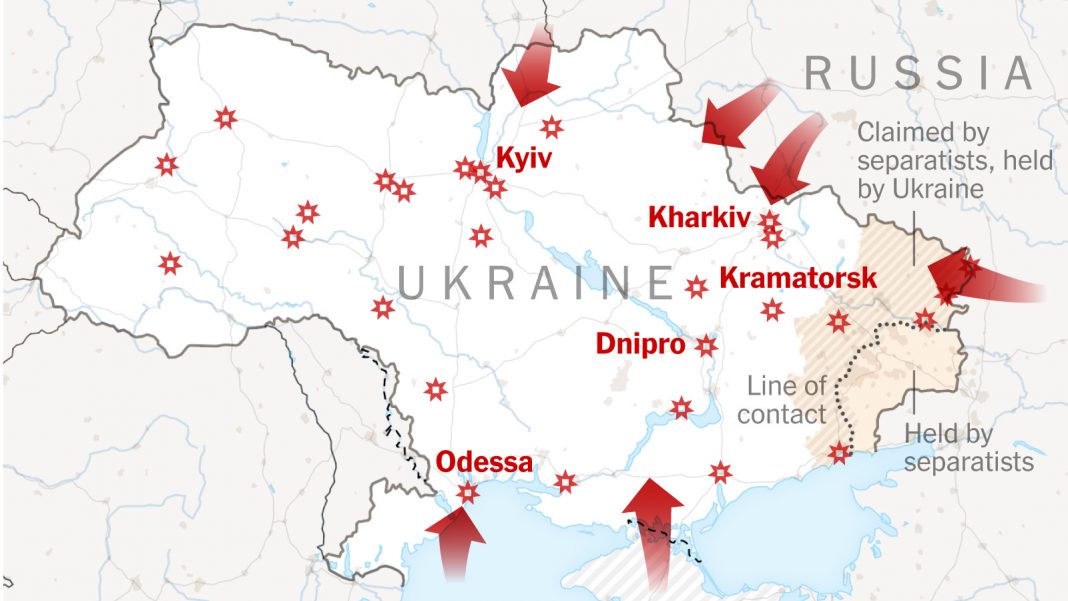 I started familiarizing myself with Ukrainian politics after 2017 when Pat. Bartholomew succumbed to pressure from the State Department and decided to grant autocephaly to the 20% of Orthodox Christians in the country, while 70% remained under the Moscow Patriarchate.  Puzzled by this patently irrational move, I studied the historical background and wrote repeatedly against it.  But since the issuance of the Russian ultimatum to the West early last December, I have been following the reports on Ukraine very closely and I can assure you that the so-called “legacy media” or “mainstream media” (MSM) are doing a horrible job, intentionally or from pure ignorance. It likely is the same ignorance that distinguishes the western elites, especially when it comes to recognizing history and tradition as important aspects of any geopolitical conflict. Please allow me an effort to correct the problem by presenting a few “inconvenient truths” these media talking-heads avoid discussing in depth.

I will stop here and return with a few specific comments on the involvement of Greece in the conflict and with a more extensive analysis of the fatal involvement of the Istanbul Patriarchate in Ukraine.  Over the last five years, yours truly was among the very few voices in the Greek media who opposed very vocally Pat. Bartholomew’s decisions and actions on Ukraine, that are now proving catastrophic for Orthodoxy and Hellenism –  and they will affect the Church in America.  But this is a discussion for another day. Stay tuned.