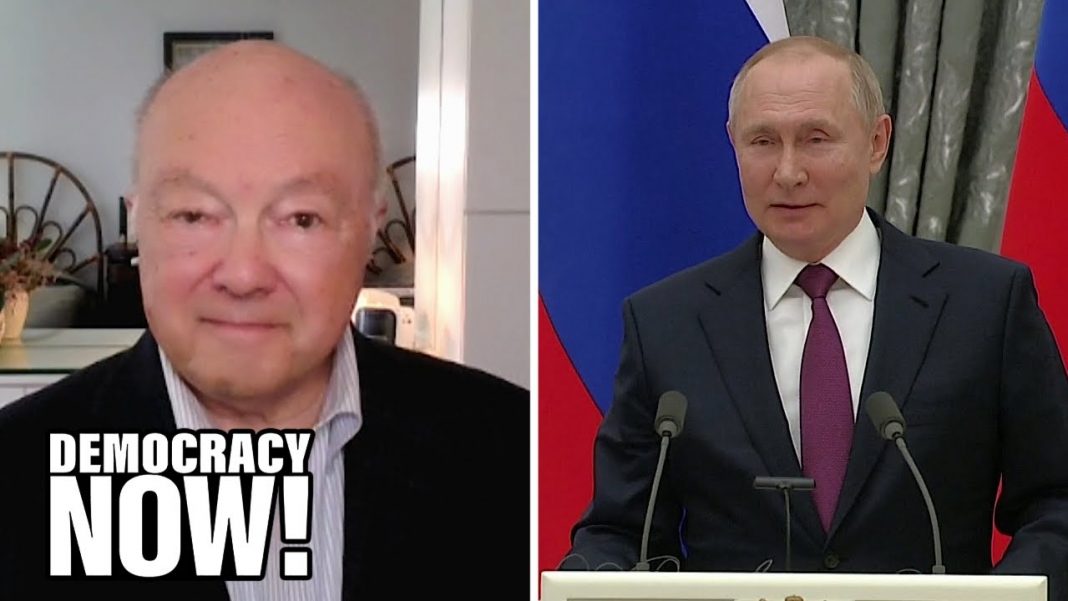 U.S. officials are accusing Russia of sending more forces to the Ukrainian border just days after Moscow announced it was pulling some troops back. This comes as Ukrainian authorities and Russian-backed separatists are both accusing the other side of violating a ceasefire in the eastern Donbas region of Ukraine. For more on the history behind the present crisis in Ukraine, we speak with one of the last U.S. ambassadors to the Soviet Union prior to the collapse of the USSR, Ambassador Jack Matlock, who says the U.S.-led expansion of NATO following the end of the Cold War helped lay the groundwork for the current standoff over Ukraine. He argues continued escalation could stoke another nuclear arms race, and lays out some of the parallels with the 1962 Cuban Missile Crisis.