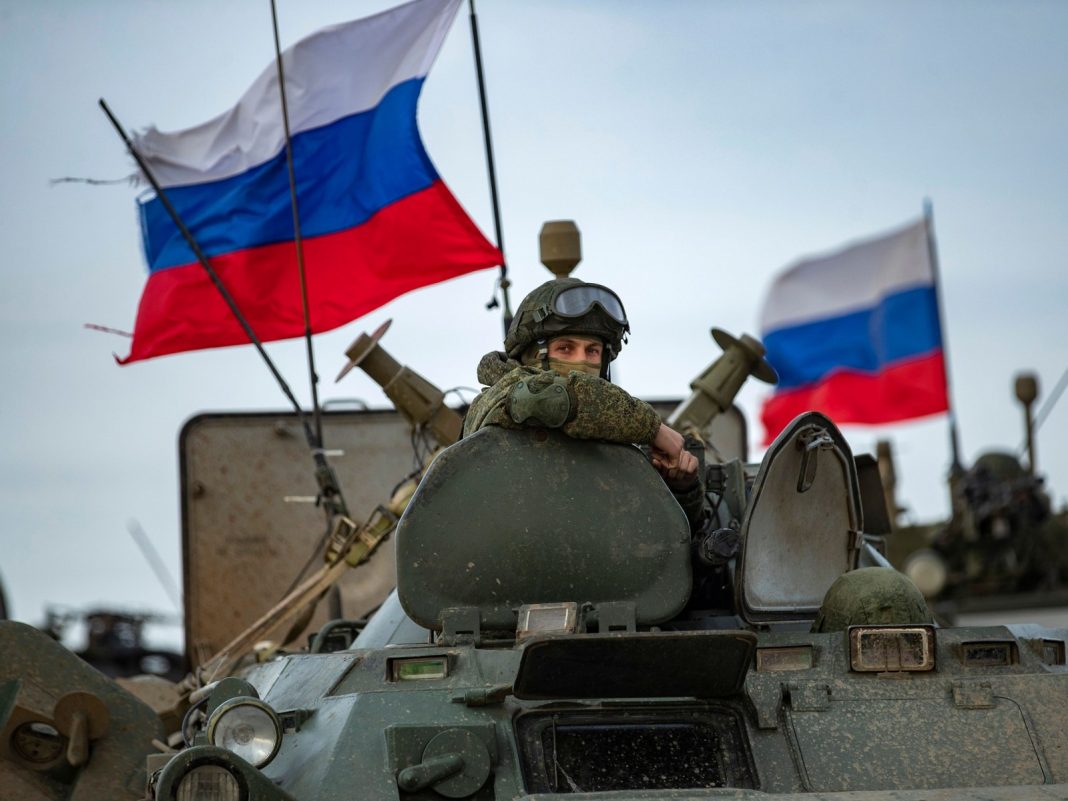 EDITOR’S NOTE (Nick Stamatakis): The truth about the modernized Russian military you will never hear in the news!! No, my friends, unlike the American “way of war” (Serbia, Iraq, and many other places), the Russians do not carpet-bomb civilians. Especially in Ukraine where over 50% of the population uses Russian in their everyday communications and are viewed as brothers by the Russian soldiers!  How difficult is this to grasp for our “geniuses” in DC and the media…  But the Russians have shown in Georgia, Crimea, and Syria that they do things their own way…  Gilbert Doctorow, a real expert, explains it in detail… Enjoy!

What I am about to say should be self-evident to anyone following closely the move of Russian forces into Ukraine and having a recollection of what the same Russian general command did in Crimea and then did again in their Syrian campaign.  Regrettably, Western audiences do not find these observations on CNN, the BBC, The Financial Times and The New York Times, not to mention on the still less reputable television channels and print media that provide 99% of the (mis)information which the public receives daily on the Ukrainian conflict and on much else. Their producers and editorial boards, their journalist staff all are looking at one another or just contemplating their belly buttons. They have for some years now been living in a virtual world and paying little heed to the real world.  I can only be surprised that an astute observer of commercial opportunities like Zuckerberg took so long to launch Meta.

I have three points to make today about how the Russians are conducting their military campaign in Ukraine.

The first point is a generalization from the remarks I made yesterday about their humane treatment of the enemy’s servicemen. This approach to the military tasks results from awareness that the military is a handmaiden to diplomacy and to politics, not vice versa, as has been the case in each of the major wars that the United States fought and ultimately lost in the past thirty years. That is why the Russians are not practicing “shock and awe,” which is the American way of war.

The second point closely abuts the first.  The ascent of Russia’s military capability in the past decade was defined not by their celebrated cutting edge hypersonic missile technology or the deep sea nuclear drone Poseidon..  After all, in the final analysis once parity is established in means of nuclear deterrence, the weapons become useless in the garden variety conflicts that we see everywhere and in every age.  Ultimately what counts to project power at the regional level, which is where Russia positions itself, is conventional weapons which can be and are used in attempts to resolve intractable conflicts by force of arms. This is precisely where the Russians amazingly caught up with the United States, bypassing, incidentally, all of the weapons industry of Western Europe in quality and quantity.

So the Russians have their ‘toys for the boys,’ which they designed, manufactured and implemented in their ground, air and sea forces. They did all this at bargain-basement prices. But they use them sparingly and demonstratively rather than as blunt instruments of mass destruction. This is a cardinal difference from the American way of war.

The third point is that there is continuity in Russian military behavior which makes it predictable.  In the takeover of Crimea, the game-changer favoring the Russian PsyOps was their ability to disrupt entirely the military communications of the Ukrainian enemy, so that field units lost touch with their commanders and were exposed on the spot to calls for surrender and desertion, to which the vast demoralized and confused majority acceded at once.  There is evidence that the same technique is being practiced today by Russia in Ukraine

Yesterday anyone watching Euronews on one screen and Russian state television on another would have been perplexed by the totally contradictory coverage of both with respect to the fate of the armed detachment of Ukrainian border guards on one island in the southeast of Ukraine.  Euronews carried the address of President Zelensky awarding posthumous designation as Heroes of Ukraine to the entire detachment, which reportedly resisted the attacking Russian forces and were slaughtered.  Meanwhile Russian news showed those same border guards seated at tables and signing sworn statements that they voluntarily lay down their arms and awaited repatriation to their homes and families.

Was Zelensky engaging in brazen propaganda?  No, he was simply misinformed because the detachment had been wholly cut off from its superior officers in Kiev and they feared for the worst.  This is what the Russians practiced so successfully in their Crimean campaign in 2014.

Finally, I wish to share one more defining pattern of Russian military behavior today that carries over from their operations in their Syrian campaign to destroy the US-backed terrorist groups in that country. In Syria, the Russian army established special units to sort out in field conditions the bad terrorists from the very bad terrorists. The former were allowed to lay down their arms and go home to their families. The latter were fought to the death and “neutralized.”

This slow, painstaking effort to distinguish enemies who can be brought back into civil society from those who cannot is unique to the Russian way of war today, and it deserves much more attention than it receives in our media. It is surely enabled by advanced psychological training of officers in charge. And it is an entirely different mindset from the “counterinsurgency” techniques that David Petraeus popularized and rode to fame and advancement in the Iraq War.