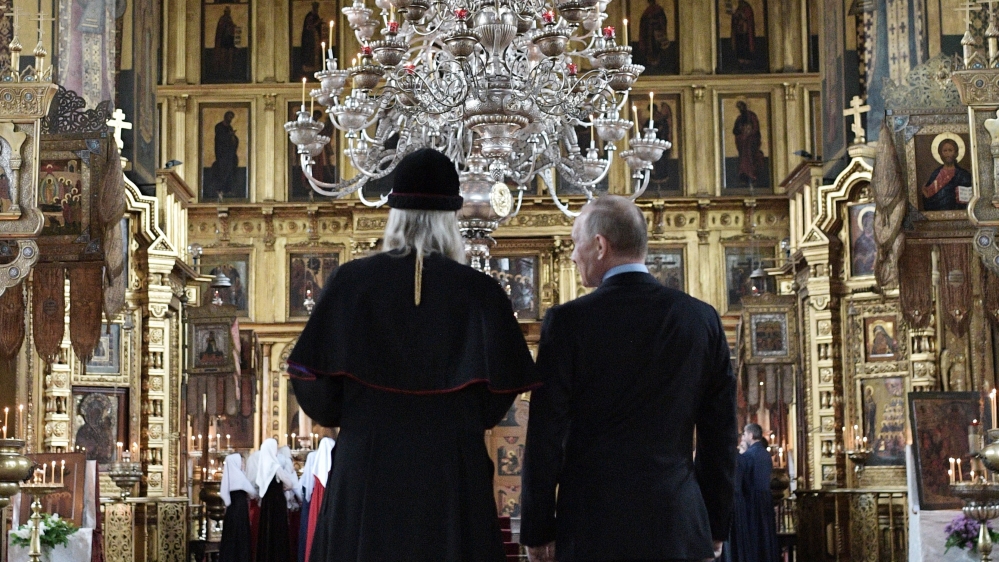 Why the hatred for Christian Russia by the Globalists?

Has there been a study of Christian Russia lately? Vladimir Putin came to power in Russia in 1999. The Globalist elites like George Soros and his Russian oligarchs were partaking in the total loot of Russian resources while the Russians lived in poverty. George Soros funds the elections for the Democrat Party, Secretary of State, District Attorney to subvert and destroy the USA within. Soros funds his puppets in Athens, Greece like Mitsotakis, Tsipras, and Papandreou.

In the past ten years, wealthy Europeans have fled high-taxed France, Germany for freedom in Russia. Ethnic Germans who are sick of high crime, high taxes, and illegal Muslim immigration have immigrated to Russia from Germany. Russia is allowing Christian European South African farmers to settle and farm in Russia.

Edward Snowden and Steven Seagal have fled the USA for Russia. Both are heroes for exposing the Deep State in Washington DC.

Putin promotes a pro-family Russian agenda. In other words, ethnic Russian citizens who marry and have kids get loans to purchase homes/appliances, tax credits, and money.

Putin rebuilt 30,000 Russian Orthodox Churches destroyed by Globalist-funded Bolshevik Communists in 1917. I will go into detail in another op-ed of how President Wilson and US State Department gave Leon Trotsky, a US passport in 1917. He boarded a ship with four hundred agents and cash to Russia to start the Bolshevik Communist Revolution. The Wall Street Bankers paid Trotsky while he lived in New York City. The German Kaiser gave Lenin $10 million and free passage in a secret train from Switzerland via Germany for Russia during the height of WWI.

Putin addressed the illegal human/child sex trafficking of Russian women to foreign nations. Transnational criminal gangs lured 500,000 Russian women into the sex trade across the world in the 1990s.

Putin put a stop to President Obama’s drive to overthrow Assad of Syria. Christians worldwide came to Syria to fight with the Syrian Christian, Assyrian Christian, and Kurdish militias. Christian Russia stepped stopped this illegal war started by Obama/Clinton’s State Department from 2011-2016. Russia helped stabilize Libya against the US Deep State’s ISIS. Obama/Clinton destroyed one of Africa’s richest nations, Libya. Putin put a stop to the CIA-created war in Chechnya with Chechen fighters funneled from Turkey. Now, Chechnya is a flourishing province with a reconstructed Grozny.

Russia has been on alert to who is inside Russia given a history of near destruction by foreign empires and foreign agents. Napoleon’s invasion almost led to the destruction of Russia. The Crimean War was a disaster for the Ottoman Turkish/British Empires. In the end, Russia liberated Serbia, Bulgaria, Romania, the Republic of Georgia, Armenia from the Ottoman Muslim Turks. Russia made an alliance with Nazi Germany. However, the Nazis surprised the Russians with an invasion.

The Greek War of Independence started with the Philiki Etaipeia in Odessa, Russia. Greece owes its liberty from Muslim Turkish slavery to Greeks living and working in Russia. Count Ioannis Kapodistrias served as the Foreign Ministrer of the Russian Empire before 1821.

In other words, Putin’s Russia is not Globalist.

Russia kicked out the Globalists and rebuilt their nation within.

Russia Banned George Soros and his Foundations in Russia