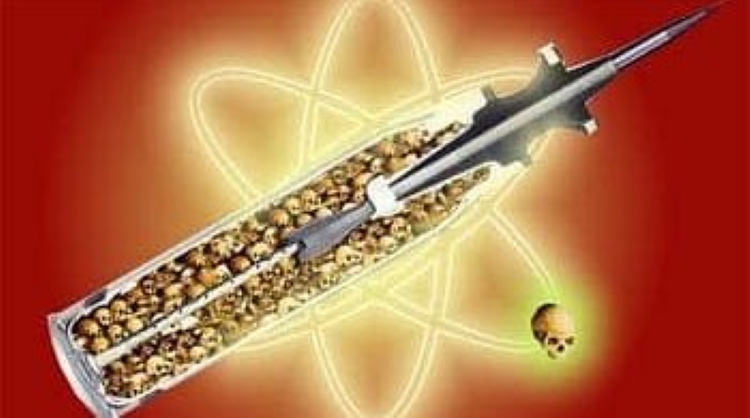 EDITOR’S NOTE (Nick Stamatakis): The hypocrisy of the war-mongering establishment in DC knows no limits!!  In 1999 they committed a true crime against humanity by bombing Serbia with depleted uranium bombs!!  Now they accuse the Russians of “atrocities” because they are attacking the Neo-nazis of the Ukrainian Army who were killing Russians in Eastern Ukraine (they killed 14,000 since 2014 – and many Greeks among them).

The study below is not from Russia but is published in the National Institutes of Health (NIH) website!!!

In the 1999 bombing of the Federal Republic of Yugoslavia, NATO forces used ammunition containing depleted uranium. The cleaning of depleted uranium that followed was performed in southern Serbia by the Vinča Institute of Nuclear Sciences between 2002 and 2007 at the locations of Pljačkovica, Borovac, Bratoselce, and Reljan. This paper presents detailed results of radioactivity monitoring four years after cleaning (2011), which included the determination of gamma emitters in soil, water, and plant samples, as well as gross alpha and beta activities in water samples. The gamma spectrometry results showed the presence of natural radionuclides 226Ra, 232Th, 40K, 235U, 238U, and the produced radionuclide 137Cs (from the Chernobyl accident). In order to evaluate the radiological hazard from soil, the radium equivalent activity, the gamma dose rate, the external hazard index, and the annual effective dose were calculated. Considering that a significant number of people inhabit the studied locations, the periodical monitoring of radionuclide content is vital.