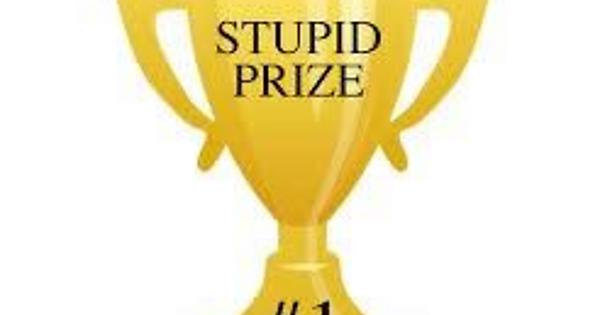 Is it Washington or the Kremlin which is the most confused about sanctions and their impact?  Washington and Europe have made it very clear that sanctions do not apply to payments for Russian energy and minerals.  Only the US has banned the import of Russian gas and oil.  As the US uses no Russian gas and only 7% of its oil is from Russia, the sanction is without effect.  There are no bans on imports of Russian minerals as the West can’t get by without them, just as Europe, especially German industry, cannot get by without Russian energy. There are no sanctions on banks for processing payments for Russian energy and minerals.

So, what do the Western sanctions do?  They identify for Russia the pressure points where Russian sanctions on the West can severely damage the West.  Why doesn’t Russia use this power?

I think for two totally erroneous reasons.  One is that Russia wants to prove that she is a reliable business partner that fulfills her contracts and doesn’t use trade relations as a weapon.  But what good does this do Russia when the US and Europe are not reliable business partners and do use trade as a weapon? As Russia is the only reliable partner in the deal, Russia is taken for a ride.

The other erroneous reason is that Russia’s economists and central bank, brainwashed by US neoliberal economists, believe Russia cannot develop without foreign exchange.  The central bank even thinks that it cannot create rubles to finance investment projects unless the rubles are backed up by foreign exchange.  This has caused the central bank to borrow money it doesn’t need on which it pays interest.  In other words, the Russian central bank’s policy is nonsensical and serves Western interests at Russia’s expense.

The Russians could close down Western industry if Russia ceased exporting energy and minerals, but is afraid to do so because of the foreign exchange loss.  In contrast, the US has nothing Russia needs.  Biden has come up with a ban on US exports of luxury goods to Russia, which only inconveniences a few oligarchs and their mistresses.

Russia has no need for foreign exchange.  She does not need to import energy and minerals.  Russia is full of engineering and science and can make whatever she needs. The central bank can finance all internal projects.  But as the Americans succeeded in brainwashing Russian economists, the Russians can’t use the powerful weapon they have at hand to bring the West to its knees begging for mercy.  Moreover, the Russian economists don’t have enough sense to demand payment in rubles for their energy and minerals. This would strengthen their own currency rather than the currencies of their enemies.  Why does the Russian central bank forgo the opportunity to use Russia’s exports to stabilize the Russian currency?

The conclusion is that in the sanctions game the Russians hold all the cards but do not know how to play them.

Washington and its satellites are even more stupid. Biden announced that Russia’s Most Favored Nation trade status is to be revoked. This means that discriminatory tariffs can be applied to imports of Russian goods.  The notion is that this hurts Russia because the higher price caused by the tariffs will reduce Russian exports.  However, the real injured parties are the Americans and Europeans, because the higher prices caused by the tariffs fall on them.  Up go the prices of energy and strategic minerals.  With the US experiencing record inflation the tariffs will boost inflation higher.

The poorly advised White House idiot brags that the US government “is going to make it harder for Russia to do business with the United States.”  This also makes it harder for the US and its puppet states to do business with Russia.  The West has nothing that Russia needs, but the West cannot survive without Russian energy and minerals.  The Americans for many years have had no access to space and zero gravity experiments without the Russians carrying them up to the space station.

Washington is going to further help Russia by banning Western investment in all Russian economic sectors.  In other words, the dumbshit Americans are going to do for Russia what Russia should have done for herself years ago.

According to Sergey Glazyev, Russia’s only economist not brainwashed by the West, half of the assets of Russian industry are owned by non-residents.  If this is true, then an enormous amount of income from these Russian assets is exported abroad.  How does Russia benefit from giving up half of its earnings to foreigners?

A person has to wonder why Russia has taken none of these steps that would bring instant agonizing cries from the stupid West and an immediate end to all sanctions and Russophobic propaganda.  Russia can dictate the terms.  Why does she forgo this power?

The reason for Russia’s self-imposed impotence is that a large chunk of the Russian intellectual and ruling class has been brainwashed by the World Economic Forum and is committed to globalism.  Self-sufficiency, which Russia can easily achieve, is associated with nationalism, which has been turned into a dirty word. Even a Russian/Asian Silk Road trade bloc is too narrow for the globalist idealist.  It apparently has not yet dawned on the Kremlin that globalism is totally inconsistent with the national sovereignty that Putin values so highly.

If Russia disempowers herself by refusing to play her winning hand, she will be brought down by her own stupidity,  not by Western sanctions.