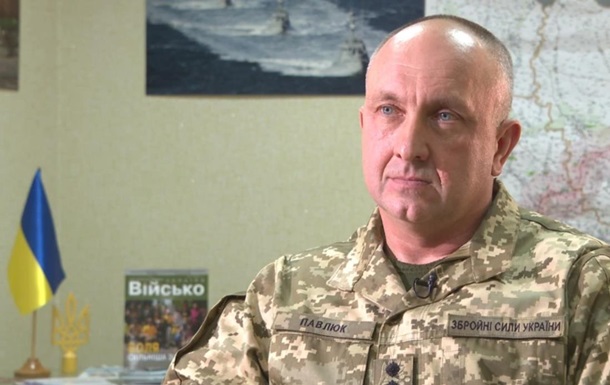 EDITOR’S NOTE (Nick Stamatakis): Are these the first clear signs of defeat for Zelensky? It seems so.  First, he fired a general in the Donbas, who decided without authorization to fire a missile at the Donetsk city center, killing and injuring dozens of innocent civilians… (Alexander Pavlyuk in our main photo). Well, if he looks like a Nazi and he acts like a Nazi, guess what, he is a Nazi…  Then, according to Reuters, Zelensky has dismissed the head of the armed forces, Ruslan Khomchak, his spokesman said at a briefing on Tuesday, citing tensions between the armed forces and the defense ministry.

The end is in plain sight…

BELOW IS A VIDEO OF GONZALO LIRA REPORTING FROM HARKOV, UKRAINE, FOLLOWED BY THE NEWS REGARDING DESPERATION SETTLING IN UKRAINE AND IN DC…

“The decisive factor in Pavlyuk’s dismissal was his arbitrary decision to fire a missile with a cluster warhead from the Tochka-U tactical system towards the Donetsk city centre, which left 21 citizens of the republic dead and 37 injured,” Basurin said in a statement, posted in his Telegram channel.

Among other reasons behind the dismissal, he named several major failures of the Ukrainian armed forces in Donbass.

“According to our source, the military leadership of Ukraine lost credibility due to Pavlyuk’s total inability to organize proper defense of the Ukrainian armed forces, as well as due to the loss of Volnovakha and the blocking of Ukrainian troops in Mariupol,” Basurin said.

The DPR said on Monday that fragments of a Tochka-U missile fired by Ukrainian troops hit the ground in central Donetsk. According to DPR leader Denis Pushilin, the missile carried a cluster bomb. It was downed, but its fragments killed 18 people instantly. Three more people died of grave wounds in hospital. Thirty-five people were wounded. March 15 was declared a day of mourning in the DPR. According to the Russian Defense Ministry, the missile was launched at approximately 11:30 local time, from an area controlled by Ukrainian nationalist groups.

According to the news outlet, Ukrainian President Vladimir Zelensky appointed Major General Eduard Moskalkov to the post of the commander of the Ukrainian forces in Donbass. His predecessor Alexander Pavlyuk was appointed head of the Kiev Region military administration. The Ukrainian president explained the reshuffle by the need to reinforce the defense of the country’s capital and its outskirts.