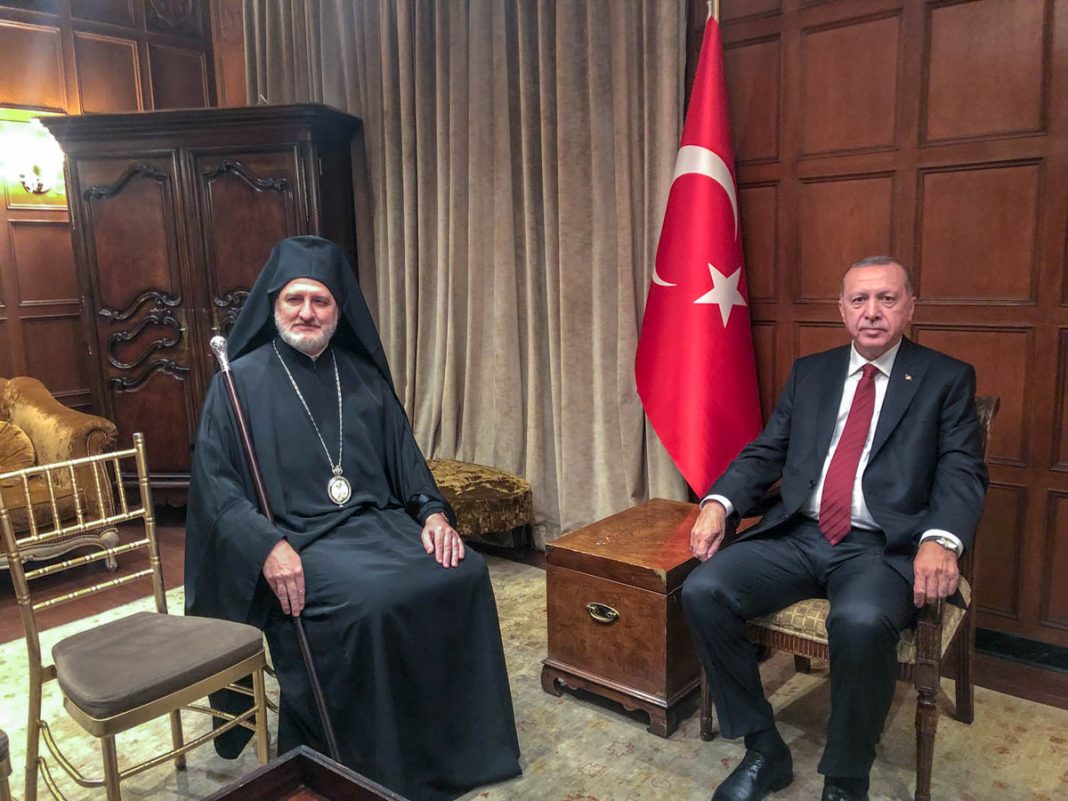 We have seen many examples of revising and defacing American history recently: from destroying statues of the Great Founders of this republic to renaming schools that have a president’s name to a skewed narration of great historical events. It has become a huge trend all around the planet, as the globalist elites are desperately trying to re-write the past in order to take complete control of the present and the future. As a matter of fact, this has been an old practice, particularly among the activists of the Left internationally.  Why? Because re-writing history (and I mean since very primitive times) in terms of “oppression” between “classes” or even “genders”, or “the control of the means of production” helped the Left to mold their paradigm for the future… Which failed miserably of course…

Yours truly, as some of you may remember, has spent a few precious years of his young life on the subject all the way to a doctoral thesis, of re-writing history by various political actors/groups aiming at achieving political goals. In post-1974 Cyprus I studied the efforts of a left-leaning group, the “Neo-Cypriots”, to convince the whole Cypriot society that the Greek and Turkish Cypriots, inhabitants of the island, are descendants of the …ancient Phoenicians.  Why? Because they believed stupidly that they would eliminate “ethnic conflict” in this way.   Objective historians had at the time plenty of evidence about the forced Islamization of Greeks in Cyprus; but it took the advent of population genetics and DNA studies in order to put these revisionist “Neo-Cypriot” idiots in the notorious (by Marxists) “trash can of history”…

A few years later, as the main editorial writer of the National Herald, I had to give a daily battle for over three years, against the historical revisionism of the Slavs of Skopie (Former Yugoslav Republic of Macedonia), who claimed to be descendants of Alexander the Great… And later I had to write a powerful response to a few other revisionist “educators” in Greece who claimed that the Greeks of Smyrna, who in 1922 died trying to escape the burning city by jumping in the sea and swimming to the ships, were killed by “congestion”, instead of being massively murdered by the Turks…

So when I saw one more prime example of “historical revisionism” this week by AB Elpidoktonos (on this occasion it is a perfectly fitting nickname), in his encyclical (below in English and in Greek) about the March 25th Greek Independence Day I was not surprised.  Especially because I was the one who gave him the nickname “Hope-Killer” on the day of his election, long before any of you in the audience had any idea of how bad of a “Hope-Killer” he would be.  One of the two reasons I chose to give such a bad nickname so early had to do with his essay – months before he arrived in New York – about “Religion and Geopolitics in Ukraine”… A very mediocre theologian with zero (“0”) knowledge of geopolitics he chose to write about “Ukraine”…

And now we all know why.  In his encyclical below, in over 430 words, we find NOT ONCE the word “Ottoman” or “Turk”…. NOT ONCE.  Instead, we find numerous references to the “bad Russians”, “who we pity”…  The same happens in AB Elpidoktonos’ other recent addresses in Philadelphia and Rhode Island…

The wording of the encyclical below is very telling as he refers to “pity” (the exact word in his Greek is “disgust/αποτροπιασμός” for “the Russian people who are deceived by their leaders, and those poor soldiers being sent to kill their own flesh and blood.”

When you never mention the “Ottoman Turks” who enslaved the Greeks for 400 years, but you choose to mention the “bad Russians” in Ukraine you are doing a disservice to history, to the truth, and to your faithful.  A priest, a Christian priest, is supposed to have love in his heart for all the people and of course his enemies… Elpidoktonos’ speeches show a hateful individual, acting more like an intelligence operative, which he is, than a priest… Shameful…

After this show of “unholiness” do we need to discuss the facts of Greek history further? Do we need to point out that he doesn’t mention AT ALL the celebration of 200 years from the Greek Revolution? Do we need to remind AB Elpidoktonos that the name and the country “Ukraine” DID NOT exist in 1821? Do we need to teach him that the Ypsilantis brothers, the main leaders of the Greek Revolution,  (hence the name of the town of Ypsilanti in Michigan) were Pontian Greeks who excelled as high-ranked officers of the Russian Army? Do we need to tell Elpidophoros that Ioannis Kapodistrias, the “brains” and the “soul” of the Greek Revolution, was actually the Foreign Minister of Russia, in the years before 1821 – and later became the first Governor of the newly established Greek state?  Do we also need to mention that Kapodistrias’s many achievements in Europe (always as a representative of the “bad” Russians) include the establishment of the constitution of Switzerland, probably the most “democratic” constitution in modern history – still in existence today?

I rest my case.  AB Elpidoktonos is totally Hope-less… But if anyone wonders where it all comes from, here is your answer: Patriarch Bartholomew in his office with Kemal Ataturk’s portrait on the wall… Yes, Kemal, who committed genocide against millions of Greeks, Armenians, Assyrians, and others… 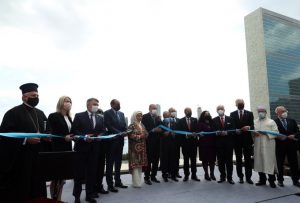 Archiepiscopal Encyclical on the

Feast of the Annunciation and Greek Independence Day

Unto the Most Reverend and Right Reverend Hierarchs, Pious Priests and Deacons, the Monks and Nuns, Presidents and Members of Parish Councils, Honorable Archons of the Ecumenical Patriarchate, Members of Leadership 100, the Day and Afternoon Schools, Philoptochos Societies, the Youth, Greek Orthodox Organizations, and the entirety of the Christ-named Plenitude of the Holy Archdiocese of America.

To You the Champion, I your City dedicate a feast of victory and thanksgiving,

as ones rescued out of sufferings, O Theotokos. (Kontakion of the Theotokos)

My Beloved Brothers and Sisters in Christ,

Today, as we chant our hymn of “victory and thanksgiving,” we remember our sisters and brothers struggling in Ukraine at this very hour, who are under a brutal and inhuman attack by their neighbor, even their fellow Orthodox Christians. We remember that last year, as we celebrated the Bicentennial of the Greek Revolution, that in those early days of the struggle for independence, many Greeks came home from abroad – from Odessa and Kyiv and other regions of the Slavic world to fight for the freedom of Greece. And today, we hold dear in our hearts not only our Ukrainian brethren, but our fellow Greeks who are still in Mariupol, holding on with bare threads against the evil thrust against them. And we remember with pity the Russian people who are deceived by their leaders, and those poor soldiers being sent to kill their own flesh and blood.

This day, the Day of the Annunciation and the Day of the commencement of the Liberation of Greece, is a day when we direct all our love and all our compassion to those who are still fighting for democracy, for freedom, for truth. Like the Heroes of 1821, they too are willing to die for something greater than themselves, for a greater good.

Let us hold fast in prayer and supplication. Let us honor their struggle by living every day in gratitude and rejoicing for the freedom that we enjoy both in America and in Greece. Let us join our minds and hearts with that of the Theotokos and Ever-Virgin Mary, whose icon rises over six meters high in the Cathedral of Saint Sophia in Kyiv – where she has raised her hands in mighty intercessions for over one thousand years. She is the Ὑπέρμαχος who watched over the Heroes of 1821, and she will watch over the heroes of Ukraine, and grant them victory over their unjust and fratricidal enemy.

With paternal love in the Lord Jesus Christ,