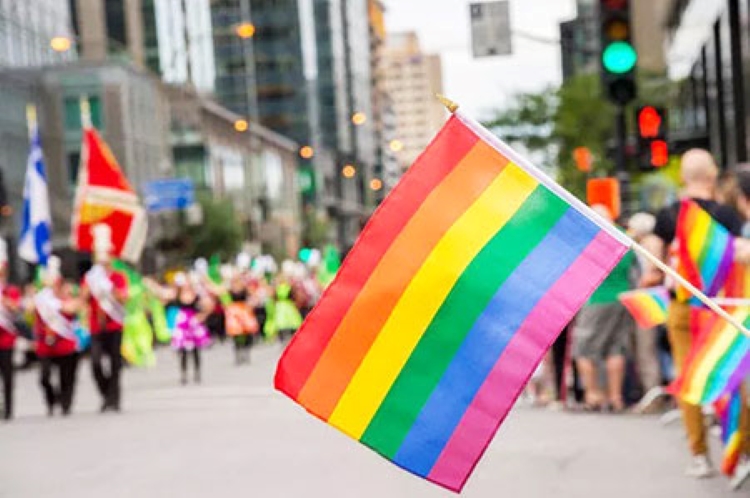 EDITOR’S NOTE (Nick Stamatakis): This is a must-read article in case you want to have a clear idea of the “values” they promote in Ukraine… Former US Ambassador there, Marie Yovanovitch, promoted LGBTQ rights with a passion not seen before by any US politician… Really? In a supposedly traditionalist and religious country (a country supposedly facing an external danger from Russia) your first job is to promote LGBTQ? And Mike Pence, the nominal conservative, tells us that if we do not support “freedom” in Ukraine we do not belong in the Republican Party – and this is why he belongs to the garbage can of political history and he will never be elected in any office ever again… Our friend, Jim Jatras exposes the corrupt European elites who undermine Christianity – while Patriarch Kirill of Moscow sums it up: “In order to enter the club of those countries, it is necessary to hold a gay pride parade. Not to make a political statement “we are with you”, not to sign any agreements, but to hold a gay parade….”

A MUST-READ ARTICLE FOR ALL TRUTH LOVERS…

American conservatism is truly in disarray and nothing has demonstrated this more effectively than the Russia-Ukraine conflict. Since the Russian “invasion” began, Conservative Inc quickly reverted from America First populism to muh “freedom” for Ukraine sloganeering. But before heartland conservatives join, support, or enlist in America’s newest “freedom” crusade, they should consider what “freedoms” they’ll be spreading to eastern Europe.

When the deep state talks about “freedoms,” they’re not talking about independent economic actors in a system with reasonable checks and balances (Ukraine ranks lower than Russia In The Heritage Foundation’s Economic Freedom Index). They’re talking about a host of punitive ideologies designed to attack the bedrock of civilization: the twin “evils” of religion and private property.

“For the no-less-godless successors of the commissars now ruling most of Europe through the twin bureaucracies of NATO and the European Union, religion – or at least Christianity – remains a retrograde force that needs to be overcome. They are helped by the fact that in western Europe (and increasingly in the United States) consumerism, feminism, LGBT, multiculturalism, and other materialistic post-modern alternatives have proved to be far more corrosive of Christianity than dynamite, bullets, concentration camps, and punitive psychiatric hospitals.”

Among these “isms” the LGBTQ+ agenda is among the most fanatical and influential. If you think this is an exaggeration, consider this Brookings Institute article entitled, “What does a Pride parade have to do with NATO? More than you might think.” Author James Kirchick contends, “Countries that overcome their totalitarian pasts—as the Baltic states have admirably done, shedding their command economies and authoritarian political structures for membership in NATO and the European Union—will progress toward recognizing the basic dignity of their gay and lesbian citizens.”

For most leftists the apex of a free society is its ability to not only tolerate the LGBTQ+ community, but endorse their lifestyle through ancient institutions and the state. Conservatives may not want to believe this, but Kirchick concludes saying, “One suspects that if Russia were a place where Pride parades were allowed, its quarrels with the United States, and ours with it, would diminish.”

At least one person in Russia agrees with Kirchick’s conclusion. In his Forgiveness Sunday homily, Patriarch of the Russian Orthodox Church Kirill laments,

“In order to enter the club of those countries, it is necessary to hold a gay pride parade. Not to make a political statement “we are with you”, not to sign any agreements, but to hold a gay parade. And we know how people resist these demands and how this resistance is suppressed by force. This means that we are talking about imposing by force a sin condemned by God’s law, and therefore, by force to impose on people the denial of God and His truth.”

It is very clear from the Patriarch’s words that he sees the moral and military expansion of the West as an act of aggression.

It could be said that this is just soft power, after all, Hungary and Poland are both conservative members of the EU and NATO that have banned homosexual marriage. But once incorporated into this framework, states are subjected to a whole host of legal and regulatory mechanisms designed to conform newer members to the status quo. As countries trying to preserve some form of social conservatism, Poland and Hungary now face the brunt of the EU bureaucracy, and under this pressure it’s only a matter of time before Hungary and Poland succumb to their demands or the hostilities will escalate.

Outside of a regulatory framework like the EU or NATO, consider Clausewitz’s famous saying that war is the continuation of politics by other means. Soft power is backed by the hard power of the military and vice versa. Deep state functionaries, many of whom are responsible for sending arms to Ukraine throughout the 2000s, have made no secret of their LGBTQ+ advocacy.

What makes this so confusing is that the cultural war is very much a tool and telos. Just as the west has accused the Russian Orthodox Church as being the soft arm of the Kremlin, the same could be said for Washington’s support for LGBTQ+. The praxis of religion and “freedom” condition a society’s standards and what they encourage and endorse. These become hard parameters that shape a society, the rules that people live and die by; without them you’re adrift at sea fighting windmills.

Take it from America’s premier neocon and Gay Marriage supporter former Ambassador and Trump critic John Bolton. While the United States dispatched naval cruisers to the Black Sea last November, John Bolton thought it necessary to tell the world that Brussels has no working definition for victory or an end goal. “NATO’s central geostrategic question is how to deal with the grey zone as an integrated problem-set. The Alliance’s eastern expansion never adequately considered where to stop.”

With no clear demarcation line, NATO is left to expand indefinitely. The “grey-zone” Bolton refers to includes Ukraine, Moldova, Belarus, Georgia, Armenia, and Azerbaijan. None of these countries are members of NATO or official partners. Five of the six states share borders with Russia which means NATO is out of new frontiers or “grey zones.” The only common thread that integrates this “integrated problem-set” is a Russia problem and the Russian problem, at least for the elites, is its existence.

When Vladimir Putin approached Bill Clinton with the possibility of Russian joining NATO, Putin claimed “the US delegation got very nervous.” There’s a valid reason for the delegation’s trepidations. The EU and NATO may be able exert pressure on Poland and Hungary through transnational organizations and economic incentives, but Russian membership would challenge U.S. dominance of NATO and provide a lifeline to conservative governments in Budapest and Warsaw.

With no clear military objective and Russia’s unwillingness to accept progressive cosmopolitanism, only one option remains — the destruction of Russia.

Again, take John Bolton at his word: “While increased military assistance to Ukraine, shutting down Nord Stream II, boycotting Russian oil, and other diplomatic and economic sanctions are all warranted, they will never be enough.”

Eric Clary lives in Texas and works as a policy director for Constitutional Rights PAC.