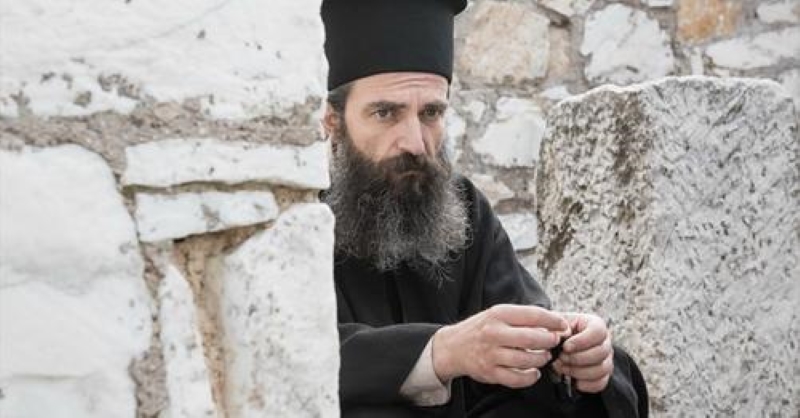 In a world that appears to be increasingly secularist and materialistic, Man of God reminds us of the devotion and surrender needed to stand in one’s faith despite opposition, attack, slander, and indeed evil. Man of God speaks to not only the bold, undying love within the heart of St. Nektarios for God and His children, but for the incredible humility, grace, and peace that he held and exemplified despite every suffering he encountered especially by the powers and hierarchy of the Orthodox Church. In fact, the film speaks to these passages as opportunities to not only draw nearer to God but to magnify our empathy and mercy for others who also suffer.

Man of God is a timeless message, an inspiring testimony to one man’s life laid bare to the ashes. But we also know that God does His very best work in the ashes of our lives. This film is triumphant on so many levels. It is at its core, a bright and luminous diamond forged in the caverns of darkness. And yet, we are always aware of the light and God’s presence and providence throughout the life of St. Nektarios because he so dearly loved the Lord. Under the masterful direction of Yelena Popovic, with Mickey Rourke, Alexander Petrov, Tonia Sotiropoulou, Alexandros Mylonas, and Akis Servatelis as St. Nektarios, among others, we have been given a gift. Not a typical offering of the times, but a gift that in many ways defies the times and speaks to the eternal. A rarity that says spirit matters.

And as Dr. John G. Panagiotou, theologian and scholar, so aptly stated in the Orthodoxy Cognate Page podcast with the director, we are all called to be saints. He noted that St. Nektarios was used by God and ultimately the film points back to and is talking about Jesus Christ. Seeking to not only be relevant in earthly terms but transcendent in spiritual terms.

This is a story about a man who gave his life to God’s will and the film also speaks to how God seeks to touch every single one of us. We have the sense that St. Nektarios was always holy, always a man of God. Yet we also know that God can burn, remold, and transform all of us for His glory. Thus, St.Nektarios stands as an example and living icon of God’s love, mercy, forgiveness, and redemption that is not contained nor coveted but generously shared and magnified.

Man of God is profoundly significant as a biographical piece, a creative, and also at the same time historical piece. The timeline and unfolding of St. Nektarios’ life is very clear and instructive. It is also significant for our times. We are invested in speaking our truth, living our truth, and being our truth. Yet following the Truth, in a world that shifts by the moment what is deemed truthful is the road less traveled that many fear to tread.

Visually, Man of God is a beautiful and compelling cinematographic experience. As if we are not only peering into the past but standing in a spiritual space with meaning for us right here and right now, very much like the icons that are seen throughout the film. And for me, the film was a stream of holy moments. I found myself being flooded with the sights and sounds that draw us inward, especially the prayers and hymns that were shared. It was a divine invitation to go more deeply into our own faith walk.

In every breath, Man of God speaks to the eternal truth of God. Of being His child and living His will. And regardless of our own personal faith walk or beliefs, we can appreciate this film on its own terms, as an offering to what is authentic, real, and meaningful in life in very relatable and profound ways.

Kudos to Yelena Popovic for having the personal conviction and courage to create a movie about the hope that is not so much worldly as otherworldly. And praise to the actors and everyone involved in this film who reached into the very depths of their souls to give us a film worthy of a man who gave his life not only to God but to all of us. For this, we should all be exceedingly grateful.