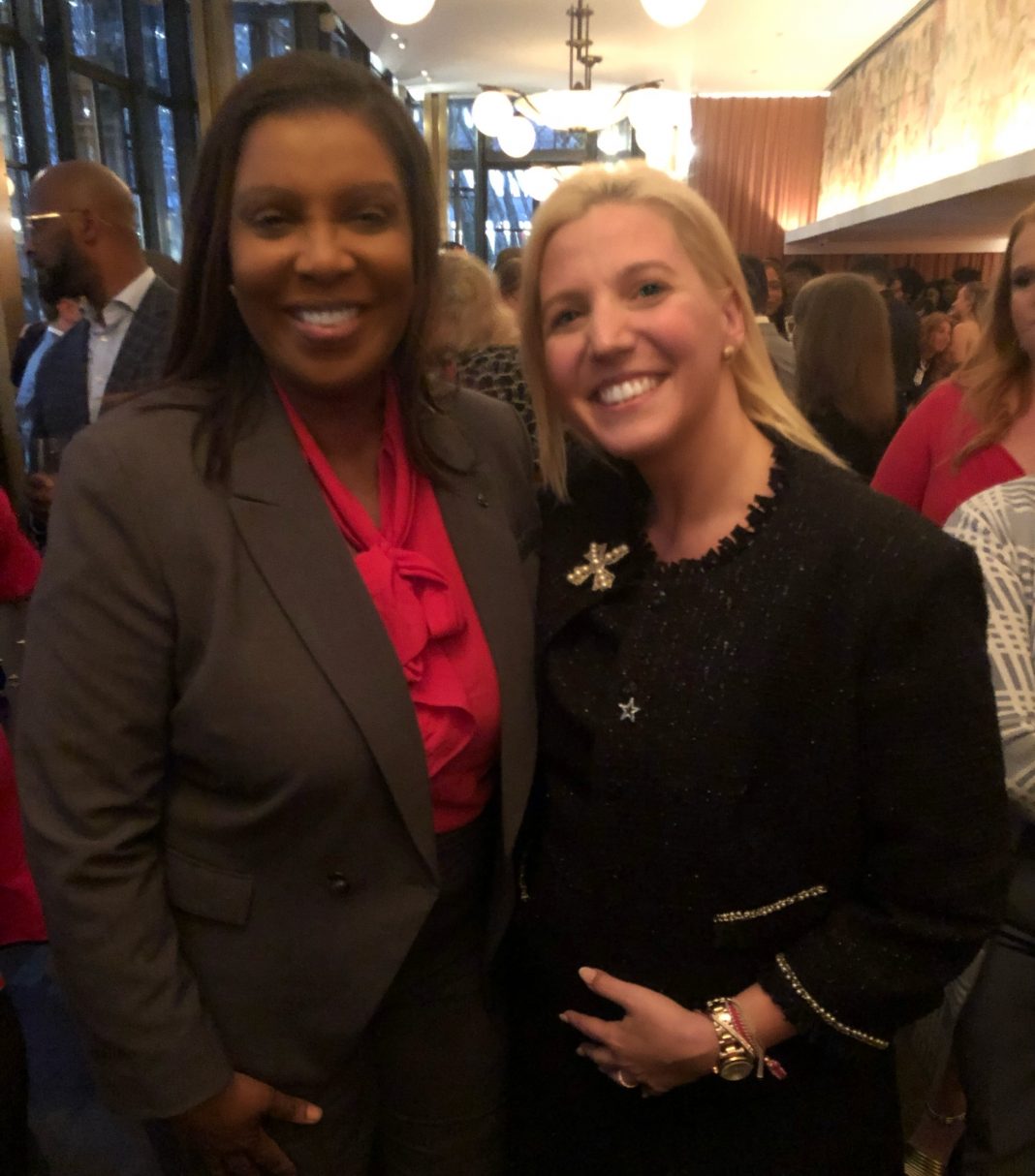 EDITOR’S NOTE (Nick Stamatakis):  A great week with many – and loud – “congratulations” for Lawyer Maria Markou! First, she was honored at the “Power Women of New York” event, sponsored by Schneps Media (below)… Second and more important, Maria and her husband, Gus Lambropoulos, announced they are expecting for the third time!… Helleniscope is wishing them an easy delivery and a healthy baby!! 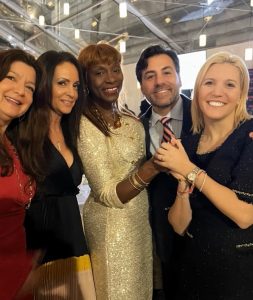 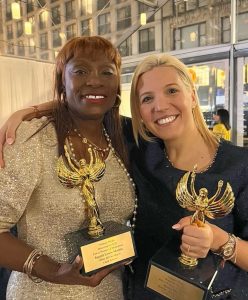 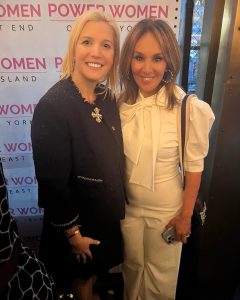 The March 24 ceremony saw 34 women honored with awards for their contributions to the community at the Bryant Park Grill. The event also held a raffle portion with 100% of proceeds going to the Urban Resource Institute, an organization dedicated to helping survivors of domestic abuse and homeless families…

The honorees included women from a plethora of career fields ranging from elected officials, healthcare groups, fashion and business leaders and community advocates.

Schneps Media President Victoria Schneps hosted the event and was there to speak to the honorees during a VIP hour as well as dole out the awards as the women danced their way down the red carpet.

“I am thrilled to be able to honor these women,” said Schneps during the awards ceremony, as she spoke of her joy to be surrounded by influential and powerful women who are breaking barriers in their respective communities and fields of work.

“Ladies, this is the month that we celebrate women and we should be celebrated each and every month because we carry so much on our shoulders,” said James as she accepted her award. “We need to take time for ourselves to heal, to love one another, to nurture and to tell a little girl that she can be anything that she wants!”

These sentiments were echoed by many of the night’s other honorees, who expressed gratitude for their recognition.

“Being honored here tonight is so spectacular,” said Misty Marris, managing partner at Gordon Rees Scully Mansukhani LLP to amNew York. Marris spoke to her own experiences in her field, as well as the similar difficulties she and the other honorees have faced while breaking down gender barriers. “I could not be more thrilled to be in the company of all these wonderful women and to really hear their stories and I think that’s why tonight was so special.”

Fellow honoree, certified life coach and business owner Sukhi Kaur, echoed these sentiments, saying that being recognized alongside a group of diverse women holding powerful positions in NYC had humbled her, but also encouraged her to continue her work and to collaborate with the other honorees in the future.

“I’m first-generation Indian and my parents had to work harder to create generational wealth, but it’s really just women being able to see their value that they bring to the world that actually creates the wealth that they really need,” said Kaur in an interview with amNew York. “You don’t get a chance to be in a room full of so many inspiring, empowered women [often] and I was just able to walk out so inspired and grateful.”