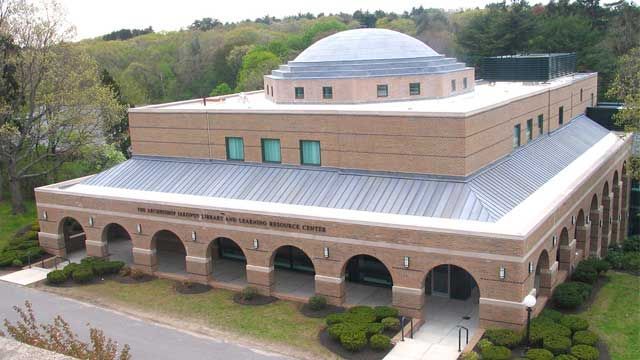 Once again, the long arm and heavy hand of our esteemed Archbishop Elpidophoros has struck at the very foundation of Orthodoxy. The establishment of the Huffington Ecumenical Institute at Hellenic College/Holy Cross Greek Orthodox School of Theology is just one more chink in the armor of not only the Orthodox Church, the Orthodox faith, but our very continuation and existence as the Early Church of the Apostles. Funded by a donation from Mr. Michael Huffington in the amount of a $2.5 million gift and matched by another $2.5 million by the GOA. This is at its core, a calculated and decisive move by the GOA that we all saw coming. And if we did not see it coming then we have not been watching.

As per the official announcement shared on the GOA website:

I want to be perfectly clear. I support the dignity and respect of everyone. No one, absolutely no one should be discriminated against, nor harmed because of their sexual orientation. Nor any other distinction nor in any way because of how they self-identify. Nor because of our political, social, or cultural agenda. However, Hellenic College/Holy Cross is an educational institution to prepare its students to move into the world grounded upon the principles of Orthodoxy of our faith. It is not a place to confer degrees nor foster ideas and ideals that are contrary and antithetical to the foundation of our faith.

Ecumenism has its place. Dialogue, discussion, and fellowship, all have their place. And as a Christian community, we must be tolerant, welcoming, and supportive of each other on our faith walks. However, once again, there is a big difference between having fellowship with others and teaching and instilling ideas that are not congruent with the very foundation of our faith.

His Eminence Archbishop Elpidophoros has a vision and an agenda. And it permeates everything he does. From his words to his actions. And they are having a profound effect on not only the current state of Orthodoxy but her very future. He would best be served by leaving his position and gracefully moving on to serve within a religious or cultural or educational institution where he can have a platform to speak not in riddles or innuendos or behind a smokescreen leaving the faithful to decipher the truth to his words. As of now, he has been walking a very clear and delineated tightrope bringing his agenda to the forefront, albeit slightly hidden. But since the majority of Orthodox Christians chose to remain silent, including our clergy and church leaders, like lambs to the slaughter, we are now being led down a dark path with no return.

Not only should we be alarmed at the fact that this new institute will be on the grounds of Hellenic College/Holy Cross but we should be equally alarmed that “programs and studies” will be put in place that most definitely will be politically correct but not correct in terms of the dogma, theology, the religious, and spiritual foundation of the Eastern Orthodox Church. Yet, this is not surprising, given that it is our very own GOA that is leading the fight for radical change backed by our very own Patriarchate. And the writing is also on the wall that this is one more step in Archbishop Elpidophoros’ attempt to bring us into reunion with the Roman Catholic Church and now obviously the Episcopal Church as well.

Once again, I want to be very clear – this is not an indictment against anyone nor any lifestyle that anyone chooses. This is a call to take a hard and close look at our responsibility to either uphold, preserve and foster the original roots and foundation of the Early Church or to subvert them for our own personal agenda. His Eminence Archbishop Elpidophoros has chosen the latter again and again.

Yet, he was not able to do this in a vacuum. He was able, willing, and abetted to do this because once again the majority of Orthodox Christians, particularly those in the United States have chosen to remain silent. They have chosen to remain silent because they know very well the dangers and liability of speaking up to defend our Church. In the case of those employed by the GOA, their very livelihoods are at stake.

How far we have come. We are filled with fear because we do not have the bold faith and courage to defend our faith in the twenty-first century when our ancestors and predecessors gave their lives to defend their faith. We are the Church of the martyrs, the saints, whom we venerate, but whom we choose to dishonor because we chose to remain silent in the face of the distortion of remolding, “rebranding” if you will of Orthodoxy. We know very well the consequences of this type of silence. It is amartia at its height.

This is not a call to exclude nor demean nor diminish the causes of our brothers and sisters. This is a call to hold fast and true to the traditions, liturgy, and faith of the Orthodox Church that has remained unchanged for two thousand years. Tragically, the tides have turned and we now have renegade leadership at the helm who trouble the waters, not in a good way, but with the intention to rock the boat so that everyone falls overboard without an anchor. This is the anchor that has held us, holds us, and is our true foundation.

BELOW IS THE OFFICIAL ANNOUNCEMENT 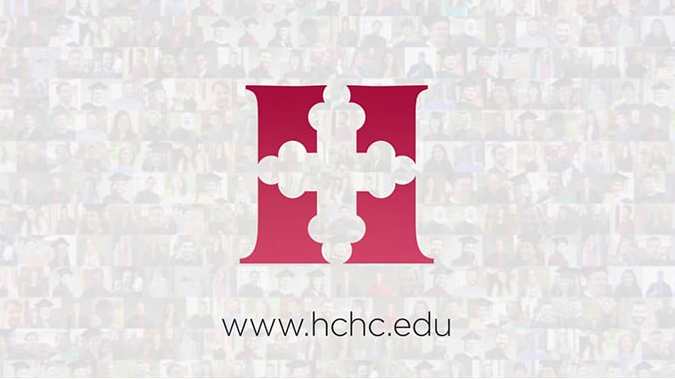 Hellenic College Holy Cross Greek Orthodox School of Theology has announced the establishment of the Huffington Ecumenical Institute at Hellenic College Holy Cross. The mission of the Institute will be to foster dialogue between the Eastern Orthodox Church and the Roman Catholic and Episcopal Churches through programs, events, and other channels. HCHC will be solely responsible for its staffing and all aspects of its operation. A search will begin shortly for an Executive Director, who will be full-time faculty reporting to the Dean of Holy Cross. The Institute will be in communication with its counterpart, the Huffington Ecumenical Institute at Loyola Marymount University in Los Angeles, California.

The establishment of the Huffington Ecumenical Institute at Hellenic College Holy Cross was made possible by the generosity of Michael Huffington, a noted philanthropist and faithful Greek Orthodox Christian, who donated $2.5 million toward the establishment of the Institute, and by a matching gift of $2.5 million by the Greek Orthodox Archdiocese of America. The contribution by the Archdiocese was funded from the proceeds of the estate of Suzanne Mados, whose bequest provided, in part, for the support of educational institutions operated by the Archdiocese. The Huffington Ecumenical Institute will be located on campus at what was formerly known as the Barletta property, which includes a building suitable for office and meeting space, as well as the housing of visiting speakers.

HCHC President George M. Cantonis said, “This sacred and unique institution can now expand its academic and spiritual outreach thanks to the extraordinary generosity of Michael Huffington and our Archdiocese. We look forward to repaying their faith in the mission of Hellenic College Holy Cross by making the Huffington Ecumenical Institute an internationally recognized center of scholarship dedicated to greater understanding and cooperation among Christians.”