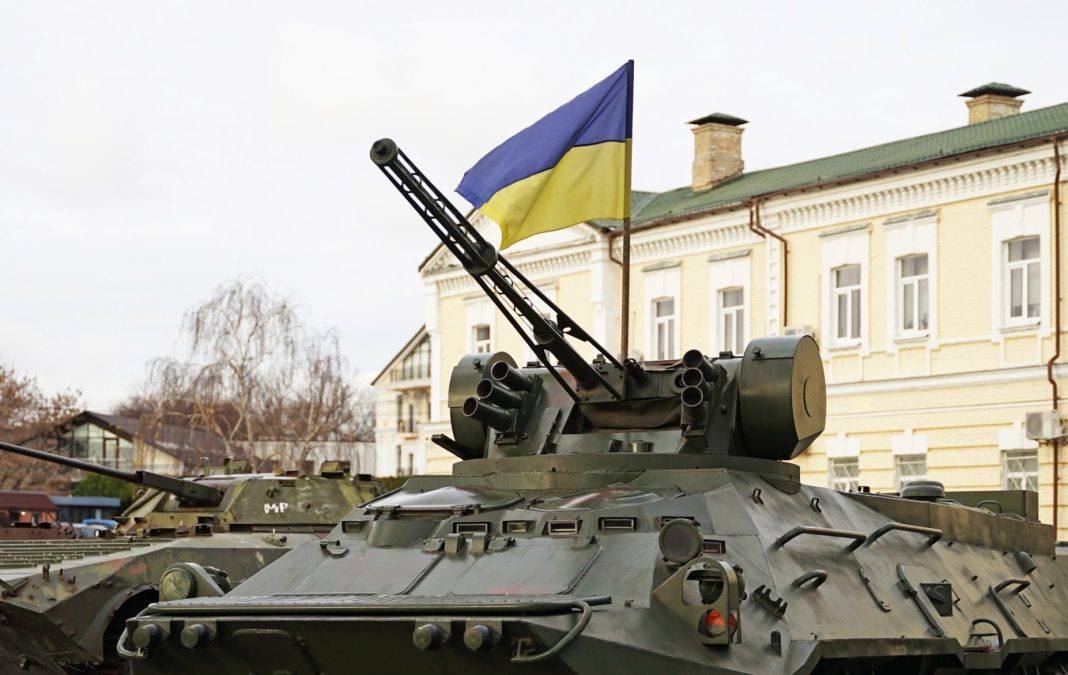 Kiev faces a choice: make peace for its people or war for its supposed friends?

Russia’s war against Ukraine rages on. The U.S. and Europe continue to support Kiev. But not, it seems, to make peace. Rather, the allies are prepared to back the Zelensky government as long as it fights Moscow to the last Ukrainian—which has always been the West’s approach to Kiev.

Ukraine has become a cause célèbre in the West. People who normally pay little attention to international affairs have gone all-in for Ukrainians. Indeed, frenzied backers have borrowed the practice of self-criticism from China’s Cultural Revolution and demanded that Russian athletes, singers, conductors, and others make public confessions, abasing themselves and denouncing Putin, or lose their jobs.

Allied governments have offered abundant weapons to Kiev and imposed excruciating sanctions on Moscow, all of which serves to keep Ukraine in the war. America and the Europeans have made clear that they do not intend to take part in combat. Equip Ukrainians to fight, sure. Help Ukrainians fight, forget it.

Most disturbing is the apparent failure of the allies to support what the Ukrainian people need most, peace. Writer Ted Snider observed that “Next to starting a war, the most reprehensible act would be keeping one going when more people will die with little hope the outcome will improve,” yet evidence suggests “the U.S. is inhibiting a diplomatic solution in Ukraine.”

Obviously, a clean repulse of Russia would be the best outcome for Ukraine. However, that is impossible. Moscow holds substantial territory in the east and appears determined to finally concentrate its efforts to make further gains. Moreover, Russia possesses a firepower advantage it has yet to fully deploy. An increasingly desperate Russian government and military could abandon any inhibition in their use of force.

In any case, the longer the war goes on, the greater the number of deaths and amount of destruction. The fight between Russians and Ukrainians is not occurring in a modern coliseum, confined to the combatants. Moscow is besieging and bombing cities. As evidenced by the town of Bucha, atrocities have been committed. The tragedies will likely worsen the longer the conflict continues.

Although life is returning to Kiev, no longer threatened by nearby Russian troops, normalcy remains far away. Moscow could change course again. Millions of refugees, along with many people displaced internally, will hesitate to return home so long as bomb, missile, and drone attacks are possible. The World Bank estimates that Ukraine’s GDP in this year alone could be cut almost in half. The costs will multiply if combat continues.

Obviously, it is up to Ukrainians to decide under what circumstance they will cease fighting. However, the U.S. and European governments should offer at least as much support for peace as war. The allies have long put Western domination in Ukraine above peace with Russia, even when the opportunity for peace presented itself after the 2014 hostilities. Snider observed that “Having failed to support Zelensky on a diplomatic solution with Russia, Washington then failed to pressure him to return to the implementation of the Minsk Agreement.”

Today Washington officials appear to be discouraging Ukrainian leaders from considering compromises for peace, preferring pious talk about broader principles that Ukrainians should die for. For instance, State Department spokesman Ned Price reluctantly acknowledged that Kiev had the sovereign right to decide its own foreign policy, but appeared to discourage the Zelensky government from yielding the right to join NATO, which no one in the alliance intends to allow it to exercise, all in the name of principle.

this is a war that is in many ways bigger than Russia, it’s bigger than Ukraine, however—however important and however monumental the stakes are in this, in President Putin’s war against Ukraine. The key point is that there are principles that are at stake here that have universal applicability everywhere, whether in Europe, whether in the Indo-Pacific, anywhere in between. And those are the core principles that President Putin has sought to violate and flout and that our Ukrainian partners, backed by the international community, have sought to defend—the principle that each and every country has a sovereign right to determine its own foreign policy, has a sovereign right to determine for itself with whom it will choose to associate in terms of its alliances, its partnerships, and what orientation it wishes to direct its gaze. In this case, Ukraine has chosen a democratic path, a path—a Western-looking path, and that is something that, clearly, President Putin was not willing to countenance.

Also critical is Western silence on the standards for removing sanctions. Some analysts appear ready to keep sanctions even after the fighting stops, especially if outsize war aims have not been met. Putin’s ouster is one possible objective. War-crimes trials for Putin and other officials is another. Making Russia pay reparations is a third; some analysts have suggested simply transferring seized and frozen assets to Ukraine.

Yet such strategies, while superficially attractive in principle, are dubious in practice. There is no guarantee that Putin’s replacement would be an improvement. Putin and those around him are hard men, but no evidence has yet emerged that they ordered what look like atrocities— terrible, but the sort of crimes also committed by the allies’ armed forces (remember My Lai in Vietnam?). And lawlessly distributing frozen assets, which Washington also is doing in Afghanistan, contributes to civilian malnutrition and hardship and will drive other nations to move their resources outside of Western control.

Worse, all these steps would encourage Moscow to keep fighting. Rather like demands for unconditional surrender, these threats discourage peace, especially if Moscow believes it still has a reasonable chance of victory, even if that requires employing greater, more-destructive firepower. Ukrainians no doubt desire victory, but they should remember that the allies will not give it to them. Rather, the West will ensure that Ukrainians can fight forever to achieve it. Which still might mean never.

At least the Biden administration can’t yet bring itself to demand that Ukrainians keep fighting if peace becomes possible. Some U.S. analysts don’t feel so inhibited. “Ukraine must win,” declared the Atlantic’s Anne Applebaum. Retired Lt. Gen. Ben Hodges announced: “The administration and NATO need to talk about winning, about helping Ukraine win, not just about avoiding losing, or preventing Russia from winning.”

Most revealing, perhaps, was a declaration by the Economist that a Ukrainian victory would be a “prize for the West.” Indeed, not just the West, but “the whole world” would gain. So why make peace easy, wondered foreign policy official and journalist David Rothkopf? He tweeted: “To those who have called for an ‘off-ramp’ for Putin, I have just one question. Don’t you feel ashamed of yourselves?” The war risks becoming about everything and everyone except the Ukrainian people.

It is Ukraine that is being ravaged by war. It is Ukrainians that most need to halt the ongoing conflict. Moreover, they most need a permanent, stable settlement. That is best achieved with an agreement that addresses the causes of the conflict, particularly Russian security concerns. The West wantonly and recklessly ignored both Russian interests and consequent threats, leaving Ukrainians to pay the price. Staging a repeat while reestablishing peace would be foolish.

Indeed, past efforts to crush opponents economically and impose punitive settlements have not ended well. Neither would the U.S. and Europe treating Russia as a giant North Korea, only with many more nuclear weapons, and access to much of Asia, Africa, and South America, especially since the U.S. and Europe would be no more likely to defend Ukraine in the future than they are now.

Should Ukrainians take a chance on the roll of the dice, and like Dirty Harry, confront Russia and tell it to ask: “Do I feel lucky?” Only the Ukrainians can answer that question.

The government of Russia bears full responsibility for invading Ukraine. However, U.S. and European governments share blame for causing the conflict. Filled with arrogance and self-righteousness, they were determined to treat Moscow of no account. For that, the world is now paying a high price.

The allies should not make a similar mistake at the end of this war. Let them moralize about their inherent goodness and the Kremlin gang’s perfidy. Let them fantasize about Vladimir Putin in the dock at Old Bailey in London or, better yet, before the International Criminal Court in the Hague. Let them rhapsodize about the good they intend to do for the world by extinguishing Russian autocracy. And then let them join with Ukraine, seeking to end this terrible war and create a peace settlement likely to last—which is what the people of Ukraine, Russia, and Europe all desperately require.

Doug Bandow is a senior fellow at the Cato Institute. A former special assistant to President Ronald Reagan, he is author of Foreign Follies: America’s New Global Empire.