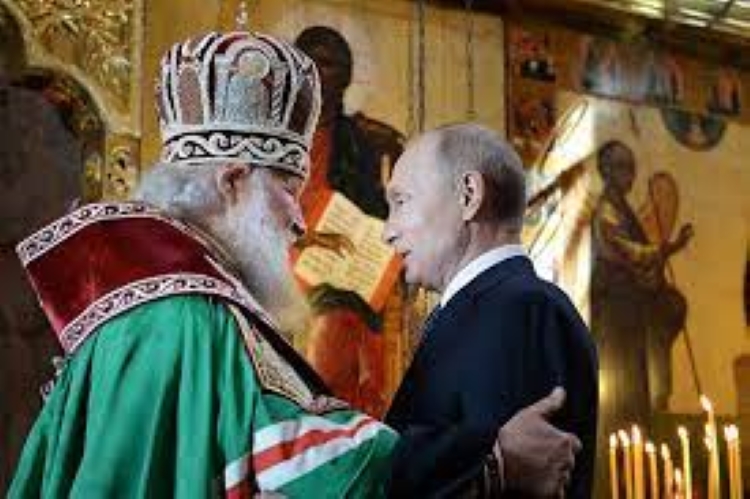 Orthodox theologians and academics are appearing seemingly everywhere to argue Putin is fighting a “Holy War”, blessed by Patriarch Kirill and the Russian Church, against the whole West“…this time around, Kyiv is the new Berlin; Zelensky’s regime and NATO are the new Nazis; and the entire country is waging a holy war against godless aggressors from the West.” Patriarch Kirill’s sermons critical of Gay Pride parades and other degeneracy are referenced to buttress this analysis. We see  additional charges like this in various media, “Putin and Patriarch Kirill have used Russian world ideology as a principal justification for the invasion.” It seems the Patriarch is providing a spiritual justification for “wiping out” the Ukrainian people and their state. The word genocide is now back in vogue.

This is complete bunk. To save some time, here is the answer to the question: this is not a “Holy War”. From the Russian perspective, this war has nothing to do with religion, and everything to do with Great Power politics. The US and NATO presented a Great Power with a perceived existential threat. The war was the result. Russia is behaving no differently than a non-Orthodox power, such as China or the US, would behave under similar circumstances.

Watch at least the first 15 minutes of the video below, if you want to understand the real reasons for this war. Notice something about the panelists? They are a political scientist, a former CIA head of the Russia desk, a former ambassador, a professor, and the granddaughter of the president who first warned us about the Military Industrial Complex. You notice what they are not? They are not theologians. They are not priests, or bishops, or monks. No one is wearing a cassock. They are not on this panel to discuss “Orthodox World” or any other religious concept. Why? Because the causes of the war are secular and the Russian objectives are secular.

If you don’t have the time to watch the video, then here is a synopsis from an expert on the causes of this war. We bolded some key points. Jacques Baud is a former colonel of the General Staff, ex-member of the Swiss strategic intelligence, and a specialist on Eastern countries. This is a long quotation from his recent article explaining the true background of the war and its current conduct: